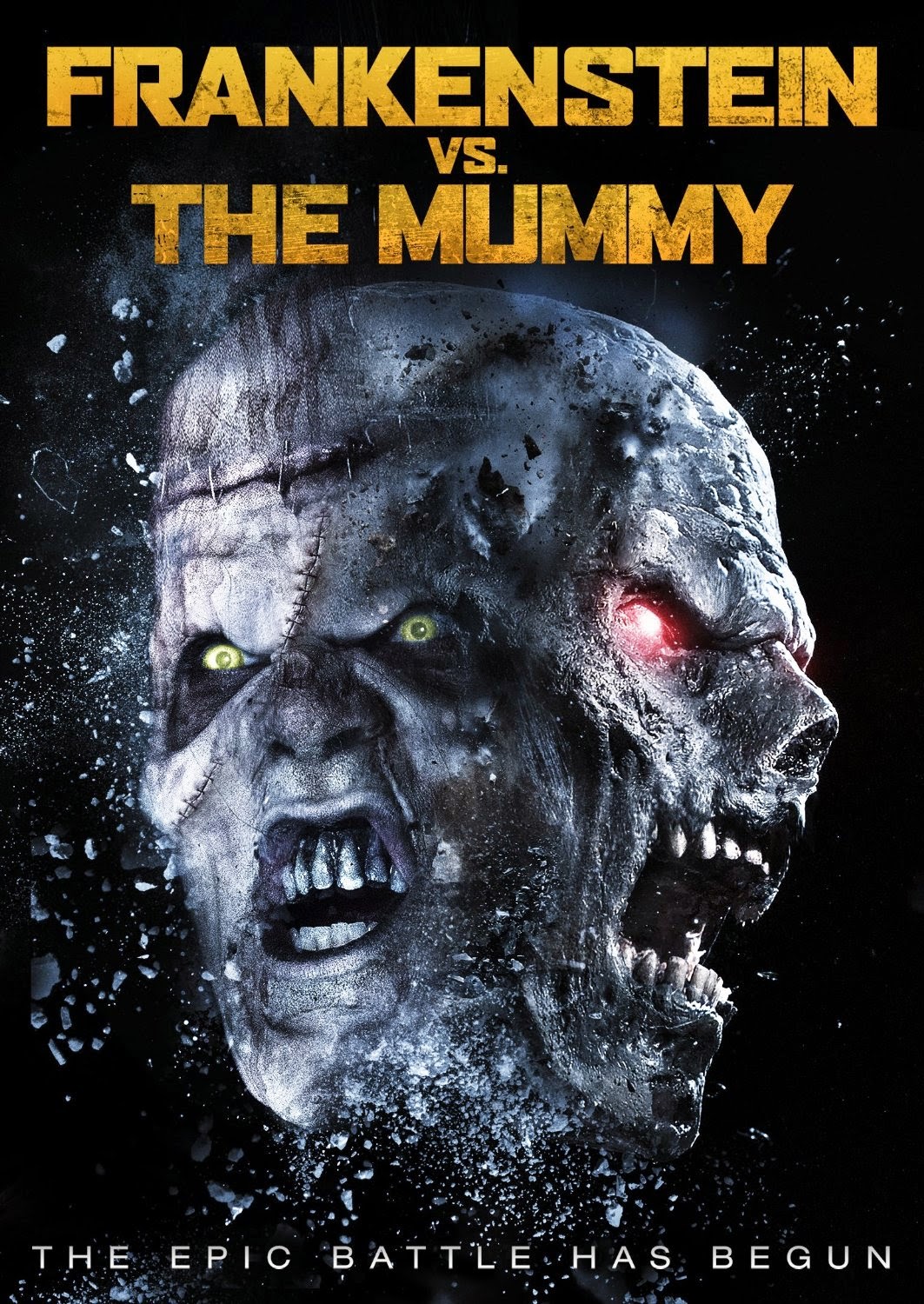 The Film
What do you get when a doctor obsessed with prolonging life, his monstrous creation and an ancient Egyptian king mummy all obsess after the same woman? Well... just read on to find out.

Victor and Naihla are professors at the same university, Victor as a doctor and philosopher of medicine and Naihla as an archaeologist. The young and attractive pair begin dating after Naihla returns from an expedition in Egypt where she unearthed a 3000 year old mummy of a rather vile king who of course has some sort of curse attached to his body. Another professor working on the mummy with Naihla gives life back to the mummy by spilling blood onto him.

Not to be outdone, Victor has been obsessed with re-animating dead flesh and has been paying a rather undesirable man to bring him body parts and when he needs a fresh brain the man decides to up his pay day substantially by blackmailing Victor. After a struggle, Victor kills his body snatcher and uses his brain to complete his project. The problem? It's smarter and stronger than Victor could have ever predicted and has the soul of his body snatcher who wants to kill Victor and capture Naihla. Oh, and the mummy king wants Naihla as well after he sees her necklace of an old Egyptian symbol. And Victor isn't ready to let some undead monsters take away his girl. 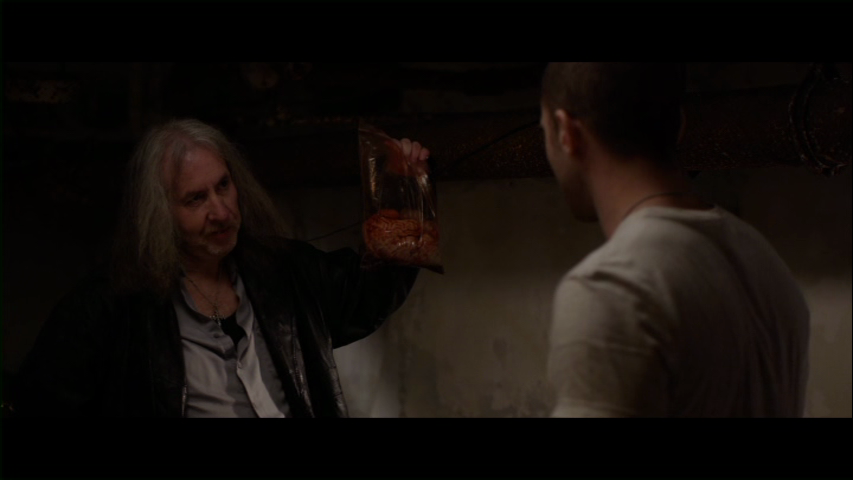 FRANKENSTEIN VS. THE MUMMY actually started out pretty decent. Sure, it had some melodramatic romance moments but the movie was building to a pretty decent albeit standard mummy and Frankenstein horror movie. The mummy had a classically scary look to him, and the professor who did his bidding was a major creep. I actually enjoyed where the movie was heading through the point where Victor had to murder his body snatcher. It had all been done before and in better ways but again, it wasn't bad. The acting and effects were solid and we were well on our way to a decent DTV horror movie. Then we see the Frankenstein monster who looked like he belonged to a really douchey rock band and sounded like he was giving his best impression of Regan from The Exorcist. It was laughable.

The romantic moments from early on became the driving factor of the rest of the movie and it turned into a Lifetime network Halloween special. I can imagine the tagline now... "Will she choose the timeless love of the monsters, or the human touch of the man?" Get real. My eyes were rolling fast and furiously by the third act. You may be wondering about the title, surely we get some badass moments of the mummy and the monster battling it out, right? RIGHT!? Well, we do get one. I definitely wouldn't call it badass and it doesn't last for more than 90 seconds. For a movie with the title FRANKENSTEIN VS. THE MUMMY at least give the audience some fucking scenes of the monsters fighting. It would have been the only redeeming factor.

FRANKENSTEIN VS. THE MUMMY jumped off a cliff. Yeah, it suffered from some hammy acting and we're supposed to believe that these two beautiful single professors that don't exist in real life just found each other at this university, that's fine. I can deal with that. Special effects were pretty damn good and there was even some decent music and cues in the movie. So why in the blue hell did it all go wrong? Who decided it was a good idea to turn this in to a giant "take me to prom" episode of The Brady Bunch where "something suddenly came up" and these monsters are so pissed off about Marcia Brady (Naihla) that they're going to kill Victor? Sorry for that random tangent but that's what it feels like to me, like the writer (who also directed) felt he had a decent setup of classic horror themes and wasn't satisfied with that and wanted to make something that would be his own and royally fucked it all up.

Oh well. When all is said and done I'm not really surprised that this was a let down.

The Audio & Video
Image/RLJ give this movie a nice presentation on DVD with a 2.40:1 anamorphic widescreen transfer. Colors are vivid and represented nicely especially in the muted color palettes in Victor's lab. Sharpness is pretty good but darker scenes do block up a little bit but not terribly. The audio is handled with a 5.1 Dolby Digital that sounds nice and has a great mix. Music and dialogue never fight for space and compliment each other nicely. Clarity is very good and there's no damage or background noise. 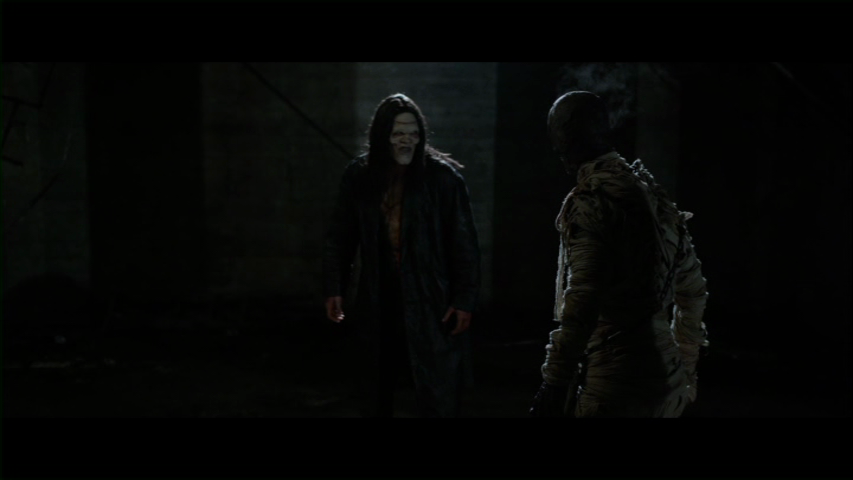 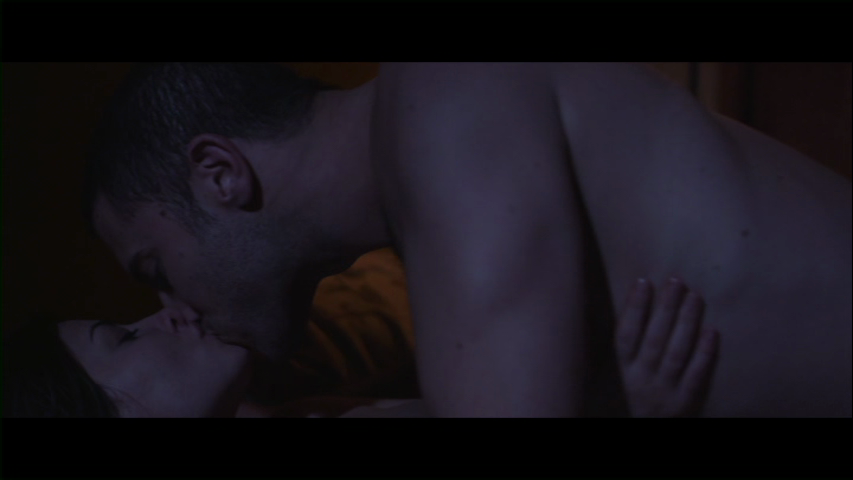 The Bottom Line
If you're a more forgiving fan of horror films and love the classic monster you might consider giving this one a rental. If you're smarter though you'll pass and watch something better.

FRANKENSTEIN VS. THE MUMMY is available HERE
Posted by Celluloid Terror (Seth Poulin) at 5:16 PM