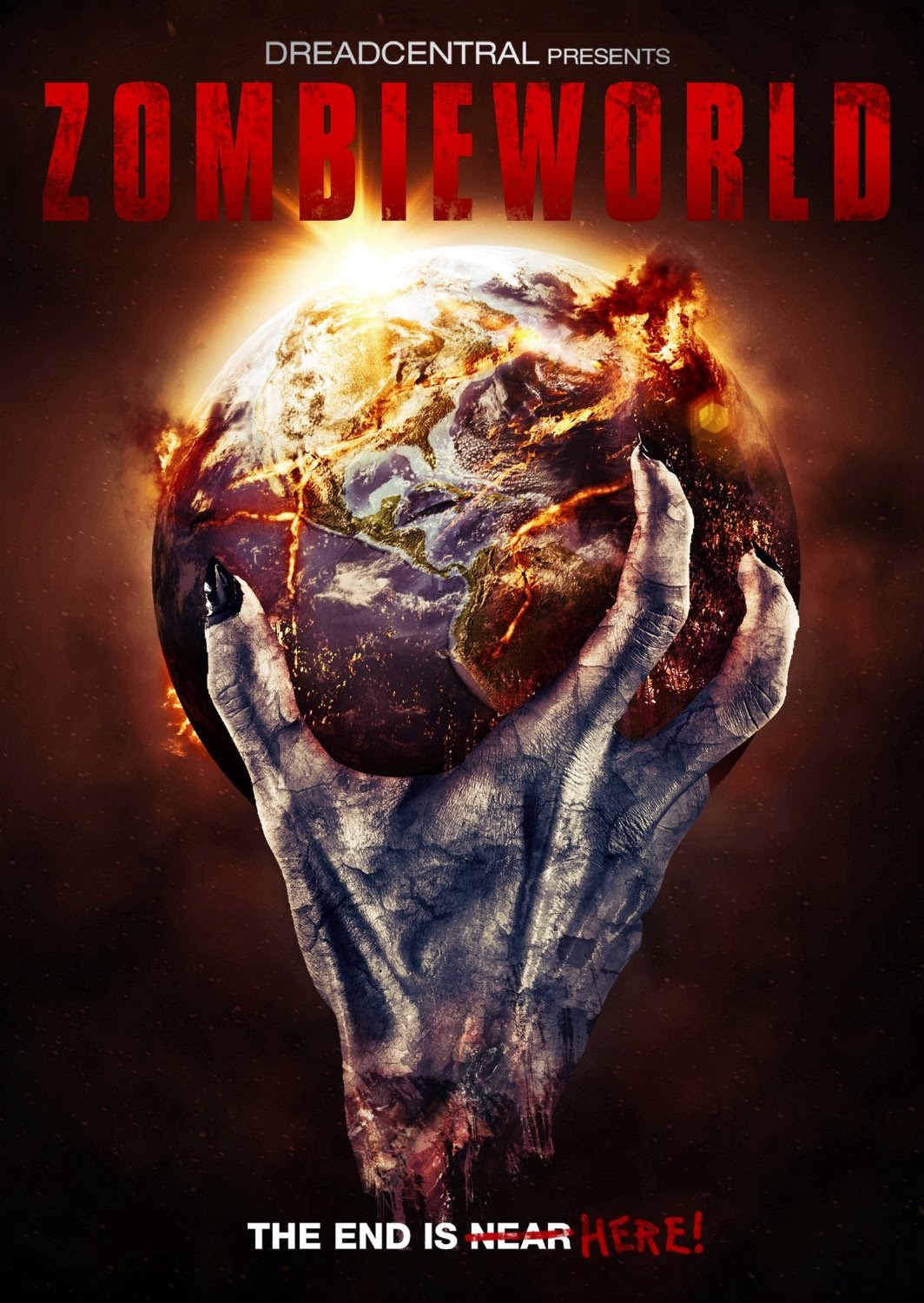 The Film
The world has fallen victim to a zombie apocalypse and nowhere is safe. Through a news report that shows footage of fights for survival from all over the globe, and even a brief history lesson of the first zombie attack, we see various corners of the globe get down and dirty with the undead.

ZOMBIEWORLD is an anthology film featuring quite a few segments, a wrap around story starring Bill Oberst Jr. as the news anchor who is slowly transforming from a respected news reporter to a blithering zombie and even a few PSA style tips for surviving in these troubled times. The film is cheap and campy as hell, sometimes too much. The wrap around story is well done and surprise surprise, Bill Oberst Jr. is great in his comedic role. The rest of the film is really bad. I suppose it could come down to your tolerance for cheese and camp but I tend to think I have a high tolerance and even a certain affection for the stuff (Troll 2 is one of my favorite movies!) but I simply could not tolerate the majority of ZOMBIEWORLD. It started early when Jesus started fighting zombies by throwing fish at them and continued throughout with incredibly weak film making and acting (even for low budget indie standards). 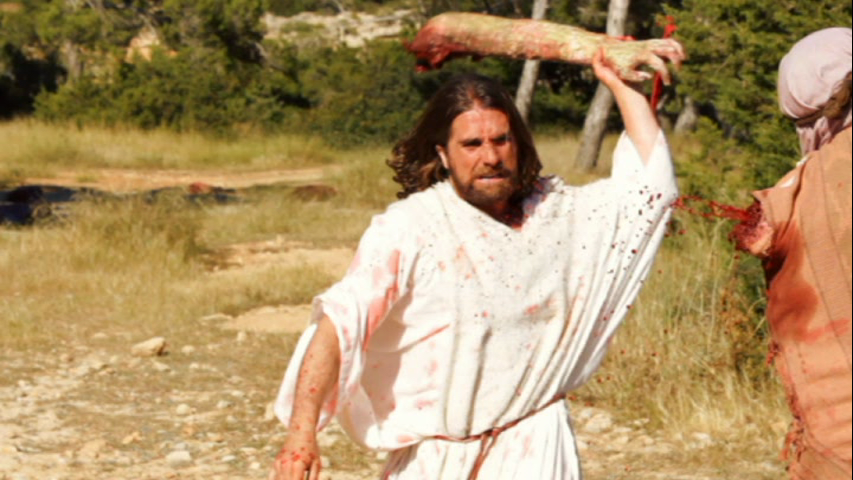 On the up side there is some really well done special effects and makeup work throughout the film. The effects work is easily the high point of the movie and there's plenty of different takes on what the zombies look and act like that it does keep each short interesting from the previous. Unfortunately the effects work couldn't save this movie for me. Or even come close.

The Audio & Video
Dread Central "presents" this movie that has been released by RLJ/IMAGE and as you'd expect from a low budget anthology film, the quality of each segment differs quite a bit. Overall the quality is good for both audio and video. The anamorphic widescreen transfer is as strong and sharp as it's going to be on DVD and the shorts filmed with better equipment and conditions look nice. Others look soft and dreary as they were filmed. A Dolby 5. 1 track with English subtitles for the shorts that aren't in English handles keeps things in line for the audio and sounds crisp and is free of any distortions or damage. 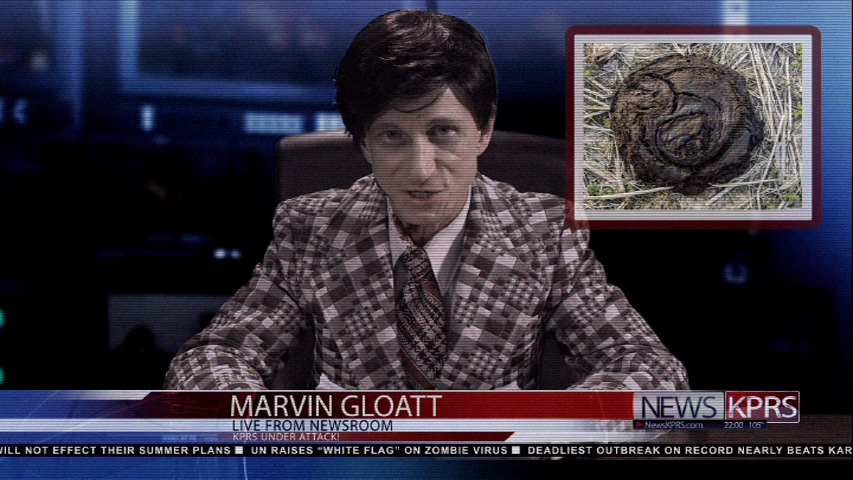 The Extras
The lone special feature is a short film called "Marathon Apocalypse". 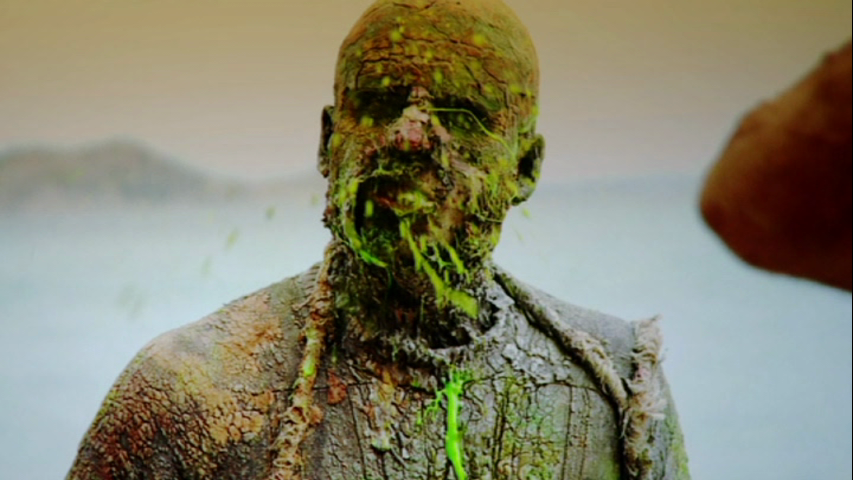 The Bottom Line
If you're a zombie super fan and simply can't get enough of them or are morbidly curious about why I had such a miserable time watching this movie I'd suggest a rental.

ZOMBIEWORLD is available HERE
Posted by Celluloid Terror (Seth Poulin) at 10:46 AM

Thanks for reviewing Zombieworld and for your kind words re my little bit in it. A pleasure to be mentioned on Celluloid Terror.