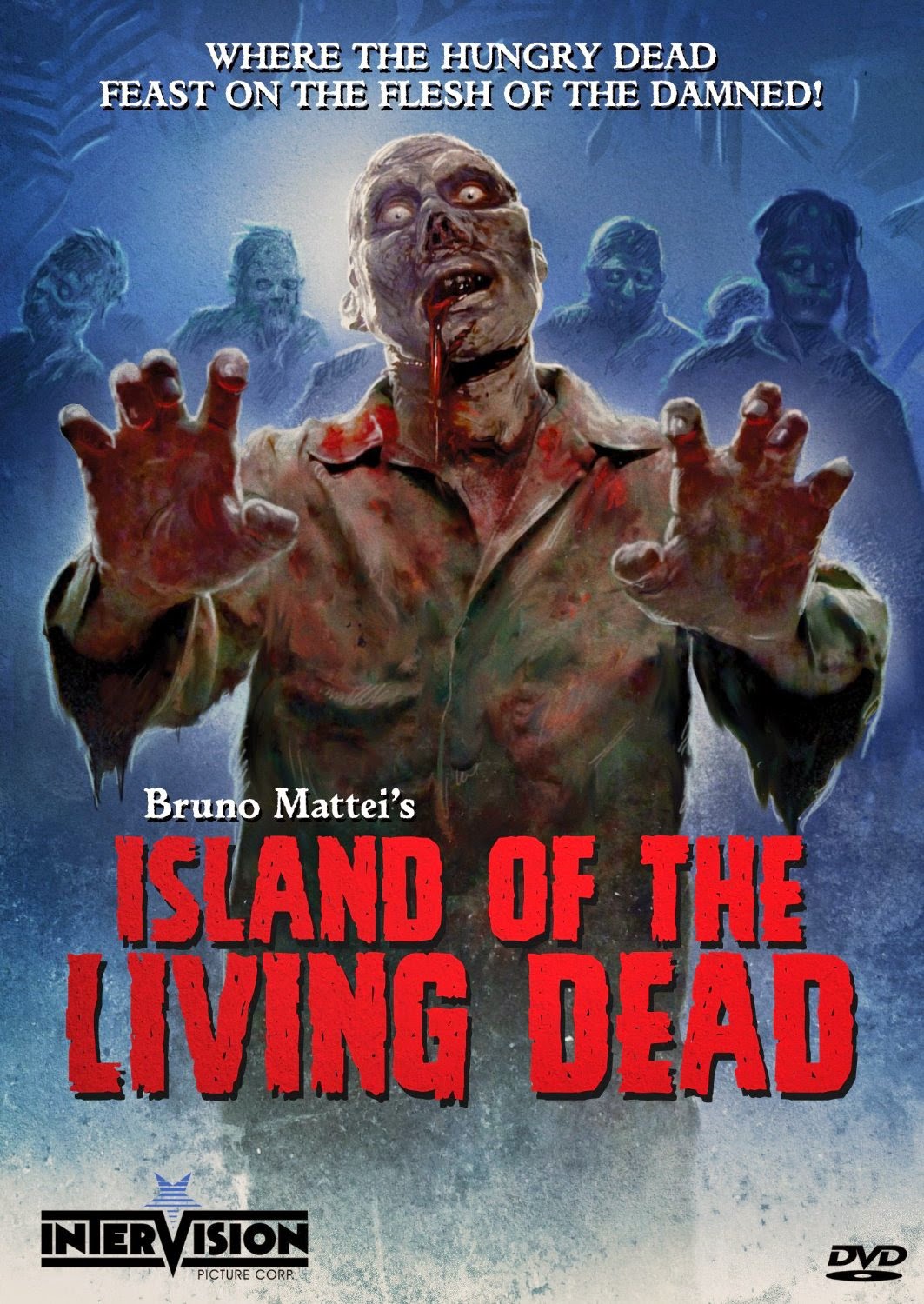 The Film
A group of treasure hunters wreck their ship on the coast of an uncharted island. While the mechanic tries to fix the boat (with all of those tools on board he should have no problem!) the rest of the group heads ashore to find food and water and scope out the island. Almost immediately they're attacked by hundreds year old zombies and must begin to fight for their survival. That fight gets a bit more difficult after the boat is overrun by zombies and explodes leaving them totally stranded. Things get stranger and stranger as their time on the island goes on until they set sail on a shoddy raft as their only hope.

ISLAND OF THE LIVING DEAD is exactly what you'd expect from a Bruno Mattei film. It's pure schlock. The man had no shame throwing 90 minutes of pure cheese, many times cheese that he ripped off from someone else, on the screen. I for one am thankful for this because some of my favorite movies are Bruno Mattei movies. ISLAND OF THE LIVING DEAD is now among them. In his penultimate film Mattei gives us splatter like hadn't seen out of Italy since the 80s. Blood and guts fly while zombie hordes fill the screen. The special effects are very good for the most part but some of the zombies have really fucking bad makeup. I guess that adds to the experience of watching this movie. 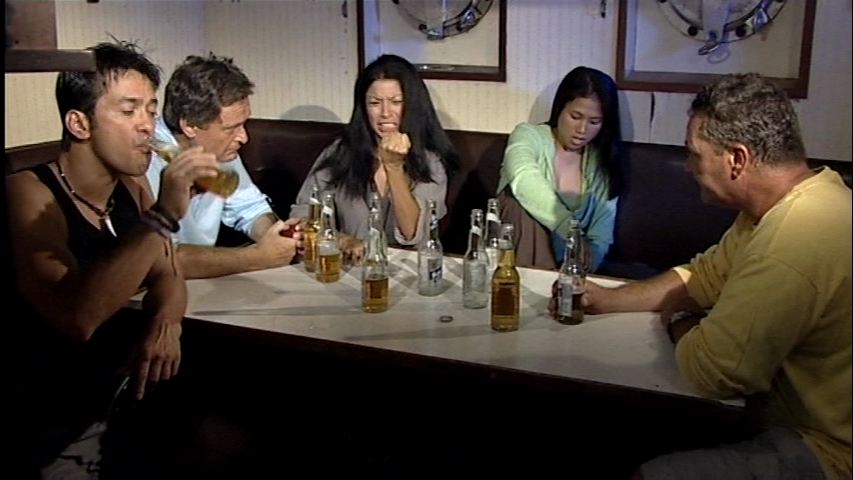 ISLAND OF THE LIVING DEAD is what it is. A movie to share with likeminded friends who enjoy this type of stuff. There's some legitimately good sequences including a ghost guitar that while random, is a creepy and cool visual. The movie only makes a little bit of sense really, as much as you need it to since some of the zombies are very interactive beyond just wanting to eat the living. It all adds up to an exceptionally entertaining time that will have you laughing while a bit grossed out and certainly smiling ear to ear.

The Audio & Video
Intervision Pictures' anamorphic widescreen (1.78:1) transfer looks as good as you'd expect. This film was obviously filmed with digital photography so it lacks the richness and warmth of actual film but colors and details still look good. The various monster designs shine through as well as the substantial blood and gore. The image is clean and stable and for a standard DVD release it looks nice enough. The audio is a standard Dolby stereo track with an English dub from the actors. The track is clean and free of any damage and sounds very good overall. 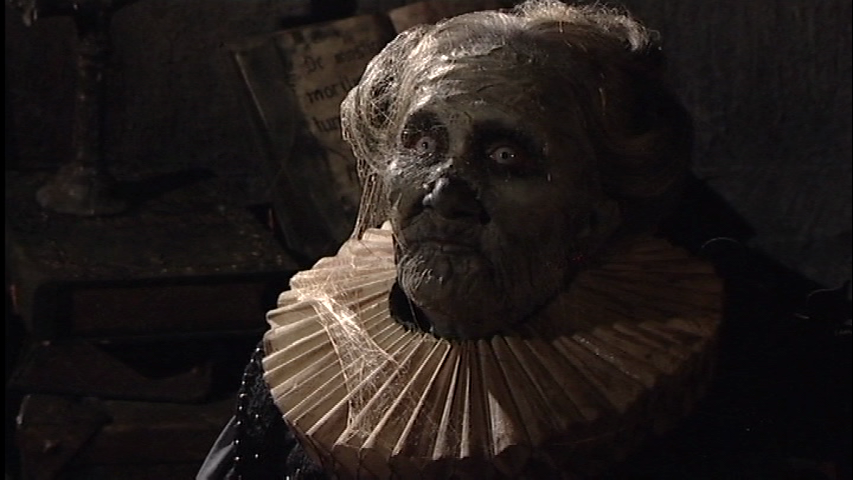 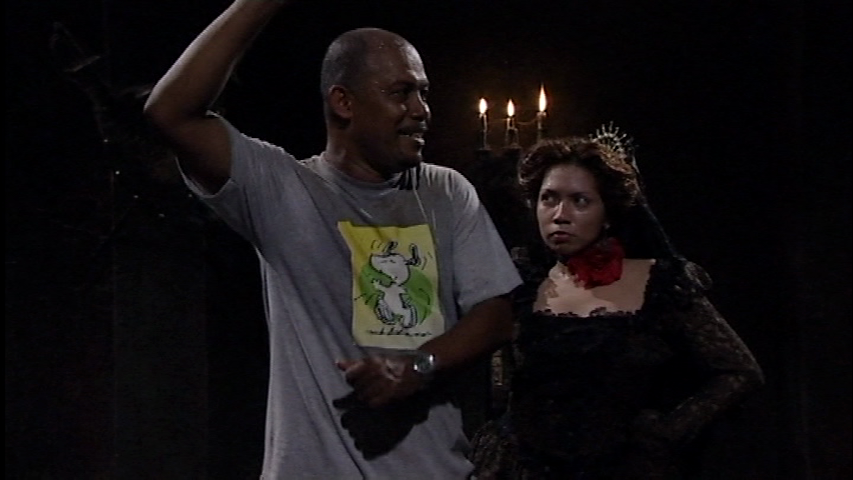 The Bottom Line
If you're into splatterfests and/or schlocky over the top Italian horror romps you'll be doing yourself an injustice to pass over this release. Intervision has given this film its first ever uncut release in America and it's one I highly recommend.


ISLAND OF THE LIVING DEAD is available HERE
Posted by Celluloid Terror (Seth Poulin) at 1:32 PM