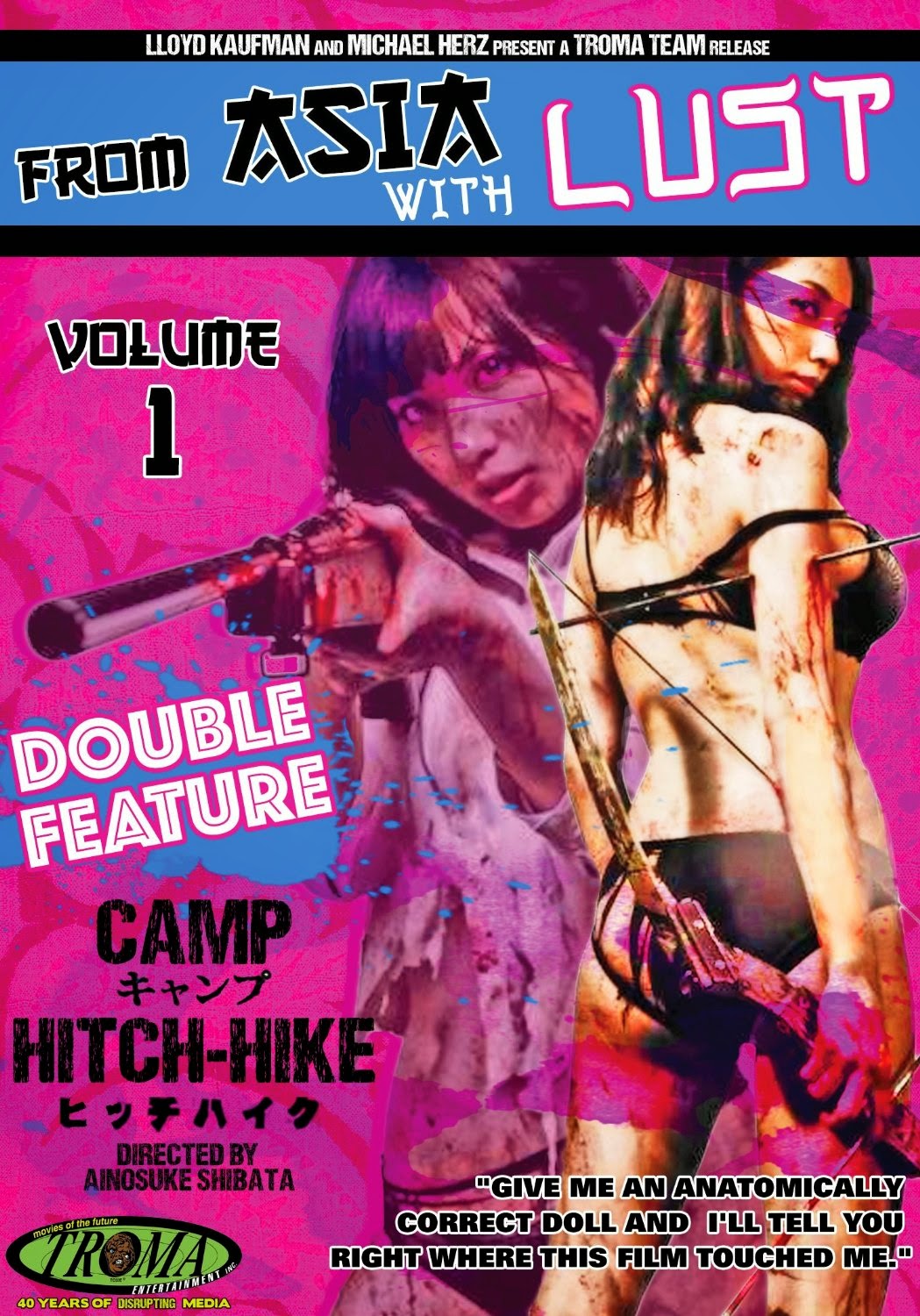 The fourth day of the challenge started with a pair of movies on a double feature DVD that Troma has recently released called FROM ASIA WITH LUST Volume 1. Both films are from Japanese director Ainosuke Shibata whom I am not all familiar with. Interestingly enough I couldn't find any information about either of these films online while trying to research them a bit so I can't discuss anything other than what I saw... The first movie, CAMP, is a rape/revenge movie about two sisters who wreck their car and take solace with a young man at his home nearby. All hell breaks loose when the man's friends stop by and it is apparent that the entire group are recovering sex addicts of some sort and begin to brutally torture and humiliate the girls by punching them, tying them up and even going as far as forcing them to urinate so they can drink it. One of the sisters is able to escape and runs into a strange woman who turns out to be some kind of vigilante and teaches her to use a crossbow to hunt her captors and take revenge on them.

CAMP was certainly a roughy. It has some of the meanest content I've seen in recent years but falls apart as soon as the vigilante woman comes in to play as it all feels incredibly hokey and cheap afterwards. There's nothing terrifying about a cheap plastic crossbow that looks like it cost $20 at Wal  Mart and can barely get the arrows 15 feet to a practice target. There's even less to be intimidated by when the vigilante woman can barely hold or control her own weapon, a long bow. A weak twist finishes out the movie falling apart from something decent to something ultimately forgettable.

Then there was HITCH-HIKE, a remake of the film from 1977 that starred Franco Nero, where a bank robber is picked up while hitchhiking and ends up taking the couple in the car hostage and on a long terrifying road trip in search of an escape from the law hunting him. This remake is pretty bland and misses the ability of Nero and numerous other aspects that made the original something special, not least of which was a score by Ennio Morricone. It wasn't terrible but nothing special. 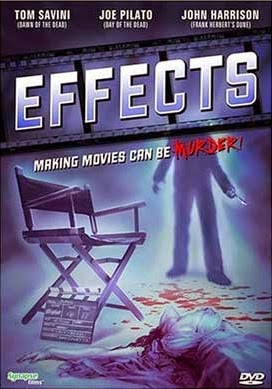 EFFECTS was next, a Pittsburgh based horror film from 1980 that was never released on home video before Synapse put it out in 2005. The film stars Joe Pilato and Tom Savini and is about a low budget horror film being made that is a front for the director actually making a snuff film out of the whole thing. I really enjoyed the last 30 minutes or so but the first 2/3 of the movie bored the piss out of me. It just takes too long to get going. 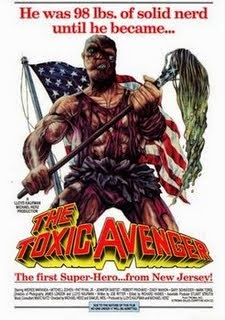 I switched gears for a bit and popped in an old favorite to end day 4. THE TOXIC AVENGER is the first movie of the challenge that wasn't new to me and it remains as incredibly campy, offensive, funny, and exciting as it ever was. I love the entire series to death and always will. This was the second movie of the month in which a pet dog is murdered... I wonder if that will become an unintentional theme going forward. 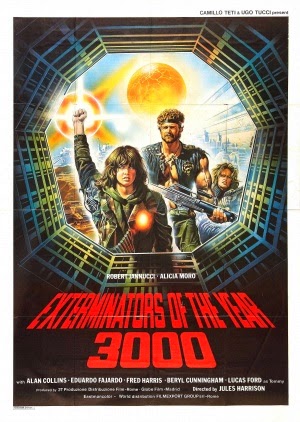 Day five started with another re-watch as I got to watch my new Blu-ray of EXTERMINATORS OF THE YEAR 3000. If you can't figure it out, this is Mad Max style exploitation. Post-nuke cheese where a guy named Alien helps a kid with a bionic arm find water for his group of survivors while Crazy Bull and his band of dirt bike riding baddies battle them in fantastically fun fights, chase scenes that are packed with explosions and action. This release is so much nicer than the old Code Red disc. 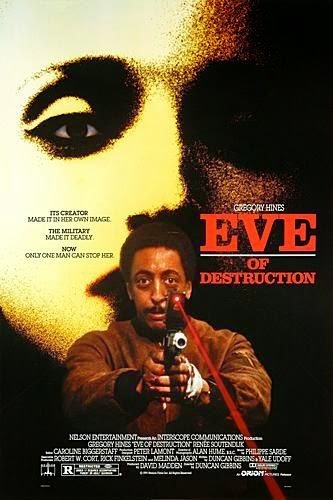 And the last movie for this post was EVE OF DESTRUCTION. I had pretty high hopes for this to be trashy sci-fi action but I have to say I was a bit let down. Gregory Hines stars as a military man assigned to track down and destroy an android type robot that is on a bit of a rampage. Little does he know that it's a nuclear weapon and in 24 hours will self destruct, taking 30 city blocks with it. Hines is good and the movie really isn't bad but slow moving and aside from 3 or 4 scenes it is pretty light on the action. Lower expectations would have left me with a better impression of this one.