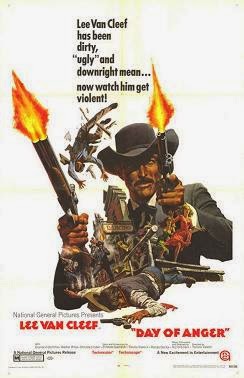 Long worth the wait was DAY OF ANGER. I've wanted to see this one for years but the lack of an affordable priced DVD kept it from my eyes but thanks to Arrow's new Blu-ray which is gorgeous, I've finally been able to see this spaghetti western that is widely considered among the best the genre has to offer. I won't disagree there. Lee Van Cleef and Guiliano Gemma star in this film by the vastly underrated Tonino Valeri. Cleef and Gemma are damn near perfect with each other as the grizzled old gunfighter and his new understudy as they right some wrongs that have been done to them in the past. There's fun gunplay, fantastic photography and direction and a brilliant score from Riz Ortolani that really pulls the whole thing together and controls your mood. The horseback duel is a scene for the ages! 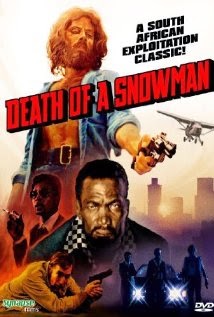 Following that was DEATH OF A SNOWMAN, an action/crime film from South Africa. Billed as blaxploitation on its DVD cover, I wouldn't call it full blown blaxploitation, but the influence is there. The movie itself is messy with a bit too much going on for its own good. The lighting is total shit in some scenes so that it's almost impossible to see what is going on. It's not all bad, as there are some fun action sequences like the one set around a truck carrying chicken cages but it isn't revered as a classic for good reason. 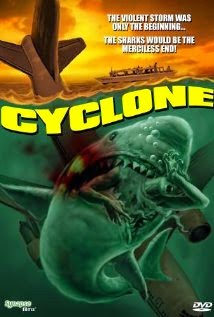 The final movie of day 2 was CYCLONE from 1978, the same year as Snowman as a matter of fact. This mishmash of natural disaster, shark terror and cannibalism makes for an interesting piece of work. A glass bottom tour boat full of survivors from a vicious cyclone, some from a downed plane, others from various boats, try to survive in the middle of the ocean until help arrives but supplies of food and water quickly deplete and the survivors begin to turn on each other. CYCLONE has long periods where very little happens but remains strangely engaging and watchable. There's a few shocking moments that add excitement when needed. Overall it's a decent one. 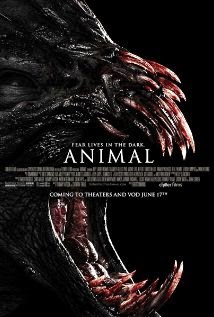 The lone movie for day 3 was ANIMAL. I'll sum it up as short as I can... a group of stereotypes takes a hike in the woods, they argue like assholes for 20 minutes before they're chased in the dark by some sort of weird bucktooth monster animal who has no problem dispatching of the biggest guy in the group. The rest of them get to an old house in the woods where they find a few more people hiding out from the animal. And thus begins the waiting game. Almost nothing happens after this. The animal pokes around looking for a way into the house despite broken windows and doors being boarded up with crappy plywood, something that shouldn't stop this megabeast from getting in. Every horror cliche under the fucking sun is on full display in ANIMAL and almost worn with pride. It's amateurish at best and even that is being a bit too nice.