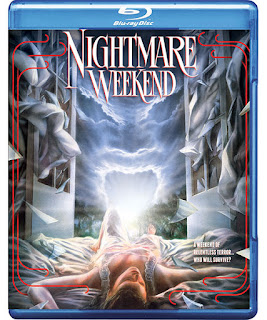 The Film
Bonkers. That's the only way to describe this film about a scientist who shares his great invention that  can transform bad personalities with a fellow scientist who is secretly using the invention to turn people into raving bloody thirsty mutant maniacs. It's bonkers. 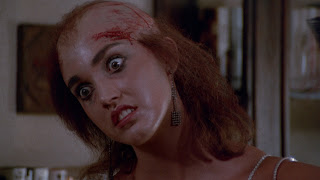 Filled with goopy and slimy gore and make up effects along with plenty of nudity there's nothing going on here but a big pile campy fun. The acting is quite hammy but particularly bad. All of the actors are dubbed and the dubbing isn't that bad either. The direction and photography are both competent which hold the film together enough to allow for the other qualities to be total cheesefests and still work out.

Oh, and did I mention there's a talking hand puppet. And that his name is George? Yeah, there's a talking hand puppet named George. And a metal ball that flies around and kills people. Are you following? No? Just see the movie. It's so weird and just plain out there that I can't help but love it. I didn't even mention the roller skating, bikers, public sex scenes, theme song... I can keep going on but I don't think I need to. Just enjoy it.

The Audio & Video
Vinegar Syndrome gives NIGHTMARE WEEKEND a beautiful HD transfer for its Blu-ray debut. The transfer has strong detail and nice colors. Dark scenes are a bit heavier on noise than lighter scenes but black levels are inky and deep with no traces of compression or blocking. The English DTSHD Master Audio sounds crisp and clear with no background noise or damage noticable. The mix job is quite well done as well as the soundtrack and dialogue compliment each other nicely. 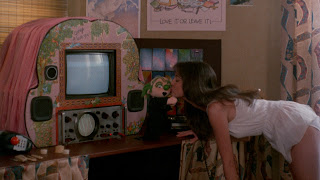 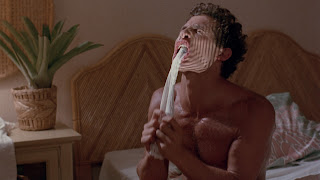 The Bottom Line
Vinegar Syndrome has plucked NIGHTMARE WEEKEND from obscurity, restoring all of the cut footage and release it on an attractive Blu-ray release for us to enjoy. Now all you have to do is enjoy it. Go get it!