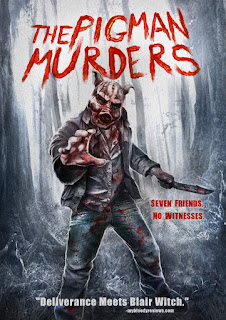 The Film
Seven friends head in to the woods for a camping trip in remembrance of their friend's death one year ago. They have hired a professional cameraman to document their trip to turn in to a gift to their friend's family as a tribute to him. The trip is plagued with personal drama from the start and bad turns to worse when the group finds a badly beaten man covered in blood who warns them of a killer in the woods.

I assumed THE PIGMAN MURDERS was going to be a slasher film in the traditional sense but it isn't It is a found footage film packed with a whole lot of nothing throughout most of the duration. I think the idea of making a documentary of you and your friends camping and partying as a gift to your fallen friend's family is a bit odd to begin with but you'd think the cameraman you hired would have a camera that didn't distort, break up and flicker every minute or two. There's nothing going on in this movie that should make the camera fuck up as often and as badly as it does. 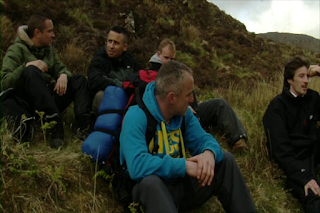 Really, it makes no sense and pulled me out of the movie each and every time it happened. Walking through the woods or the wind blowing doesn't make a camera, especially that which should be a half decent camera from a "professional", distort. The movie is packed with the typical bickering between characters as it seems nobody can ever get along in a found footage film even before anything goes wrong. The only chance this movie had was making the villains interesting, something they didn't do as they're barely on screen even when they're dispatching of people left and right.

Maybe THE PIGMAN MURDERS would have been good had it went the slasher route I was expecting, maybe not. I'd be willing to wager that it would have at least been more interesting and I'd have been able to allow myself to at least TRY and get into the movie, something the constant bullshit with the camera didn't allow me to in this one. The saving grace, if you can call it that is that the movie only runs 70 minutes despite the DVD case stating a 90 minute runtime. Another 20 minutes would have been unbearable.

The Audio & Video
The film's intentional cold and overcast look is on display here with a downbeat color palette full of grey shades. Colors are muted a bit as is sharpness and detail levels. It's all in how the film was photographed. Wild Eye Releasing does a nice job keeping the film's intended look with their anamorphic widescreen transfer. The English audio is passable but far from great, again it's all in how the film was made and not a problem with the production of the DVD. It sounds as if the audio was recorded through a built in microphone on the camera rather than a legit boom mic as it is ruffled and muddy at times. Coupled with thick Irish accents dialogue can be difficult to understand at times. 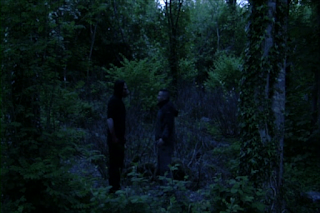 The Extras
-"Curse Of The Banshee" short film
-Original trailer 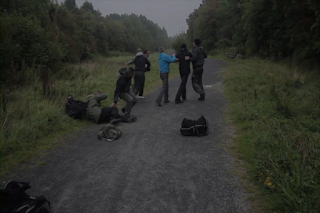 The Bottom Line
The worst part about THE PIGMAN MURDERS isn't that I'm disappointed in what the movie isn't, it's that I'm totally let down by what it is.