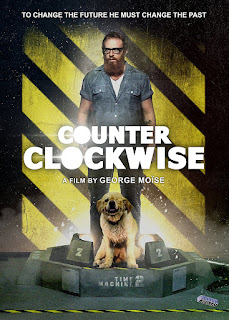 The Film
Time travel can be a tricky thing especially when you fall in to it by accident when all you really meant to do was teleport your dog across your laboratory. And then there's the issue that you teleported yourself into the future where your wife and sister are dead and you're the lone suspect so you have to return to before everything went wrong and solve the crime at the same time. Time travel is a real pain in the ass.

Not only is time travel a pain in the ass it's also a difficult theme to tackle for a film and keep a tight, well managed story together. It's even harder to do that on a small independent film budget but that's exactly what director and co-writer George Moise pulls off. Moise's direction is stylish and smooth which blends his own photography that doesn't let its budget hold it back from being creative and not without innovation. The script interlaces timelines seamlessly which creates a much more pleasant ride and viewing experience than shoddier screenplays would allow. 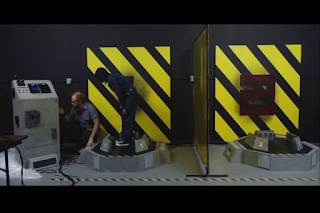 Moise gets help from a talented cast lead by Michael Kopelow who truly is fantastic in his role as he frantically tries to put together the pieces of rival science labs and the murders of his loved ones. He's genuinely funny as well which makes the usually subtle, but at times overtly silly humor, work in the confines of this thriller. Michael Kopelow has no problem carrying the bulk of the picture but he's supported by a more than capable group of supporting actors including Joy Rinaldi who is absolutely hilarious as his wine loving mother who is excited for her birthday party, his friend and partner Ceil played by Alice Rietveld, and his enemies Bruno Amato who is great as the muscle and Frank Simms as Roman the main antagonist who has a great line about washing your hands before you take a piss.

One thing I loved about COUNTER CLOCKWISE is that it gets more and more interesting as the film goes along. It doesn't lose steam too early and leave you waiting for the conclusion and hoping it wraps up soon. I was engaged the entire time and excited to see the next turn and how the alternate timelines would blend together. If there's one thing I will nitpick about it's that a couple of the locations, mainly dealing with the villains' locations were underdressed and were the only thing in the movie that I ever found myself questioning the legitimacy of. This isn't a major deal and I understand how a budget doesn't always allow everything to be done up big.

COUNTER CLOCKWISE is a damn entertaining movie with production values that exceed its indie film status. 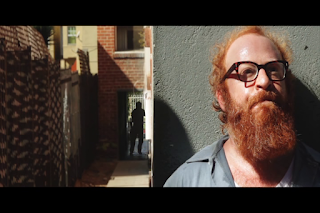 The Audio & Video
Artsploitation Films gives COUNTER CLOCKWISE a home on DVD with a mostly nice looking 2.35:1 anamorphic widescreen transfer. The image is crisp and clean giving way to nice detail and colors. Darker scenes are plagued by a bit of blocking but nothing too extreme. The 5.1 Dolby surround mix is clear and strong. The mix is done well and there's no damage or imperfections to speak of. 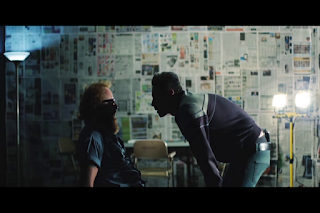 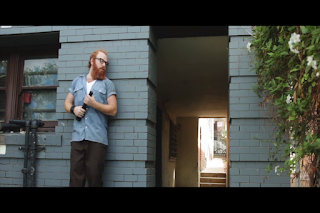 The Bottom Line
COUNTER CLOCKWISE is a rock solid time travel piece that is smart and funny at the proper time and the DVD features enough extra content to keep you interested and digging in for hours after. This is an easy recommendation.