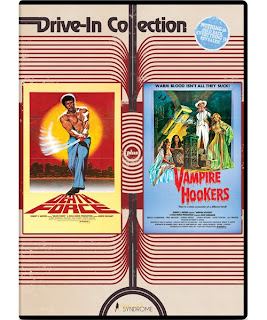 The Films
This DVD features a pair of films from perhaps the most prolific and known Filipino director in film history- Cirio Santiago. Santiago is certainly the most notable Filipino filmmaker in the exploitation field, with dozens upon dozens of credits to his name in a four-decade career before his death in 2008. Santiago was a collaborator of Roger Corman, Joe Dante and many other notable genre names. These films from 1978 are a nice representation of the man and his films. 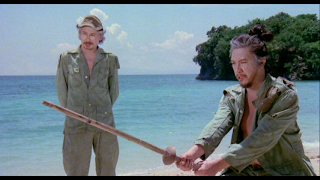 VAMPIRE HOOKERS is a decently made little vampire film with enough skin from the beautiful women to add to the small bits of vampire horror to make for an enjoyable little B-Movie romp. Carradine is appropriately hammy in his top-billed role as the head vampire and is a pleasure to see on screen decades after he starred in some classic Universal horror films. Pavo the caretaker adds a bit of "what the fuck?" to the film to top it all off. enjoy this one with some drinks (perhaps a BLOODy Mary) as the bottom half of a double feature and you'll have a good time.

DEATH FORCE  is more of a vigilante film where Doug Russell is betrayed and left for dead by a pair of his war buddies who decide to get into the drug pushing game while overseas in Vietnam and think he will be a problem on their return home. Russell washes ashore barely alive when he is taken in and nursed back to health by a pair of Japanese soldiers still hiding out from WWII. They bond and form a friendship with Russell and teach him the ways of the Samurai which Russell uses to exact his revenge when he returns home to Los Angeles. DEATH FORCE drags a little in the middle but more than makes up for it during its third act and very violent finale. 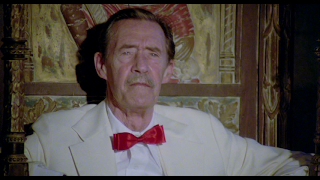 The Audio & Video
Both films are presented with anamorphic widescreen prints that are in reasonably good condition. Both films have scratches and speckling but without being distracting. These look like they came straight from the drive-in theater and isn't that kind of the point? The audio is just fine, with both films receiving 2.0 tracks from Vinegar Syndrome that are pretty clean of any popping or cracking. 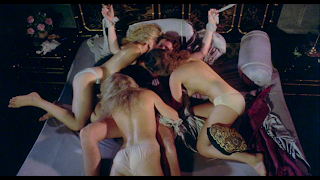 The Extras
The lone extra is a theatrical trailer for VAMPIRE HOOKERS.

The Bottom Line
This pair of Cirio Santiago films will provide you with a night of entertaining flicks full of violence and boobs. Pair that with the bargain price you can get this disc for and you have yourself a winning combination. 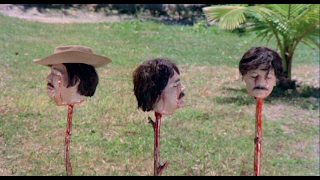