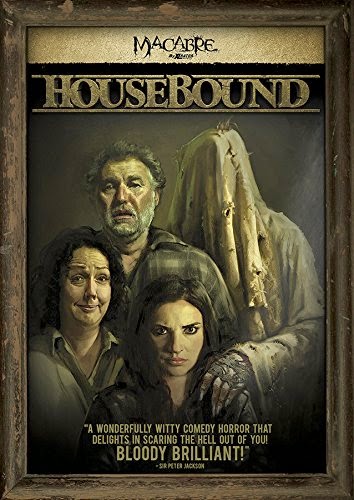 The Film
After being convicted of a crime Kylie is sentenced to house arrest where she will spend the next several months locked up with her mother in their country home. Kylie and her mother don't exactly getting along, as Kylie acts more like an angsty teen than a grown adult. Kylie begins to notice food and clothing going missing and has a creepy encounter in the basement. Her psychologist doesn't believe her that the house is haunted but Kylie is determined that something not exactly kosher is going on in the house and is going to get to the bottom of it with the help of her ankle monitor who happens to be an amateur paranormal investigator on the side and they uncover the shocking truth behind the history of the house and exactly what evil is lurking around. 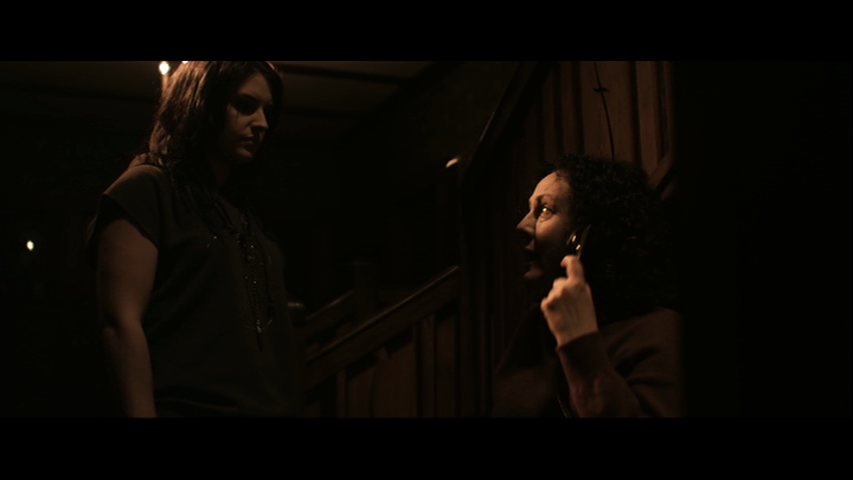 HOUSEBOUND at its best is interesting. The twists and turns the story take are engaging and it does have some memorable moments. The film immediately suffers from a completely obnoxious and annoying relationship between the mother and daughter. Their domestic fights are meant to be played up and offer a bit of humor to the film but it is grating on the nerves. There really is nothing funny about it. I think the performances in the film are good as is the direction. The overall tone of the film is just too muddy and doesn't manage to juggle the horror and the lighthearted aspects.

Unfortunately, HOUSEBOUND reminds me of a take on The People Under The Stairs without elevating itself above the middle-the-road- quality that Wes Craven's film has. I would be lying if I said HOUSEBOUND is all bad because it really isn't but I did find myself a bit bored or even worse, annoyed by characters, more often than not.

The Audio & Video
XLRator Media gives HOUSEBOUND a home on DVD under its Macabre line. The release is a good one overall. The 2.35:1 anamorphic widescreen transfer has a nice sharpness and quality to it. Colors and detail levels are good and there's no damage to speak of. The Dolby Digital (2.0 or 5.1) track is clear and free of any hiccups or background noise. The mix is good so there's no need to reach for the remote to adjust volume level. 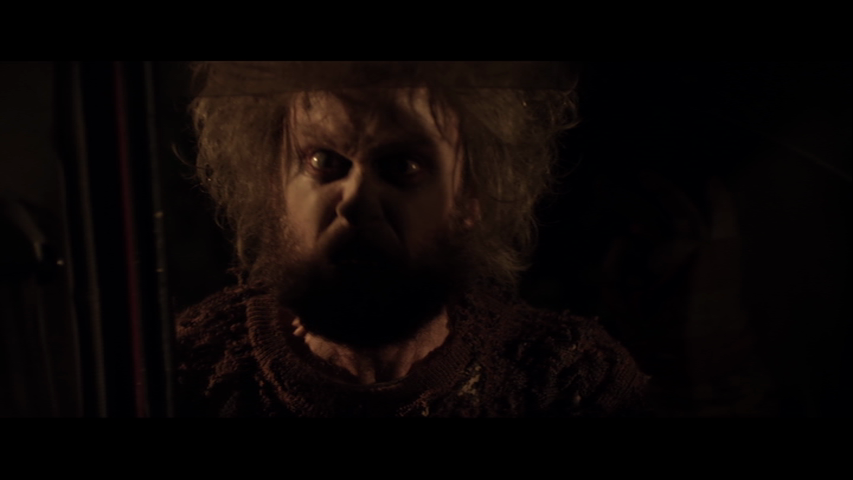 The Extras
-Audio commentary with the director
-Deleted Scenes 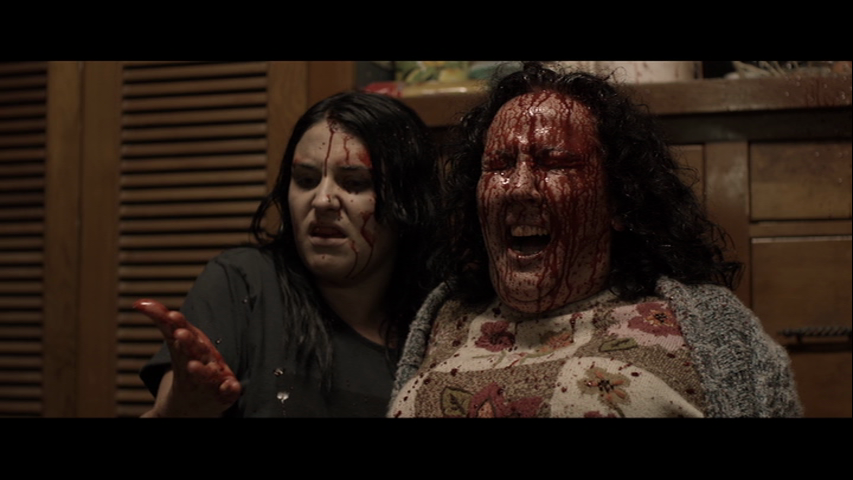 The Bottom Line
HOUSEBOUND may not have clicked with me but I wouldn't doubt that it finds an audience that appreciates its offbeat humor and thinks it works. I suggest giving it a rental viewing to see for yourself.