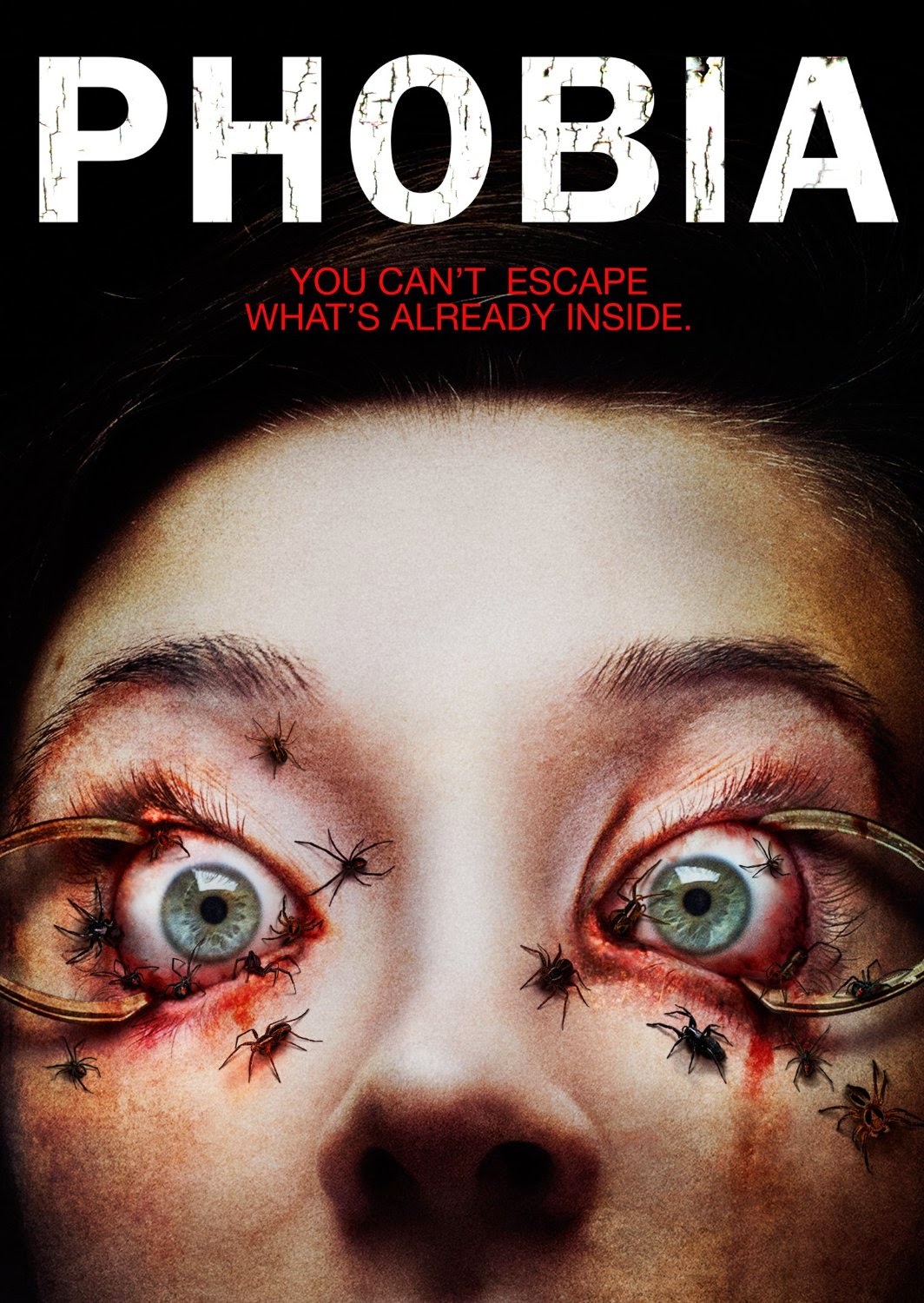 Mack suffers from Agoraphobia, a panic disorder where a person fears situations and/or places that they feel like they can't escape, ever since the night his wife was killed in a car crash. He now lives the life of a shut-in, earning money by transcribing courtroom proceedings. The only visitors in Mack's life are his friend Taylor, his Psychiatrist and Bree, the girl who delivers his groceries. Mack's relationship with Bree begins to make Mack feel a bit more human but a home invader brings Mack crashing down and he begins to see visions of his dead wife, hear voices tell him disturbing things, and believes an evil shadowy woman haunts his home. Mack's delusions and fears come to a head when he finds himself covered in blood and trapped outside of his home.

PHOBIA is a close quartered horror film, appropriately enough, that needs capable acting and likeable characters to succeed. Thankfully the cast is competent and very likeable, especially Mack and Bree who hold the audience in their hand as we hope for a happy resolution for the pair. The film's horror elements come from a psychological standpoint along with more visually graphic methods such as naked corpses, blood and weird spider transformations.

While the film succeeds with its characters, it does fall victim to try to do too much visually instead of leaving it to the viewer's imagination and letting the horrors set in a bit more subtly and subconsciously, relying a bit too much on weak effects and sight gags. PHOBIA doesn't overdo it to the point where it takes the viewer out of the film so the harm done is kept to a minimum and ends up being a film worthy of indie horror fans' time.