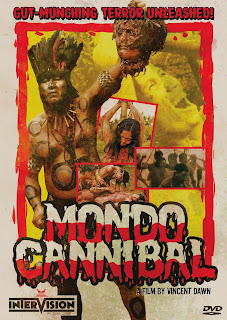 The Film
A famous news reporter's network is on the verge of shutting down due to poor ratings when she gets the station and co-workers on board with a story that will take them into the heart of the jungle to a do a story on a tribe of cannibals. The story isn't juicy enough and the news group quickly takes advantage of their situation by faking stories, and terrorizing the natives by killing and raping them until the native tribe fights back. 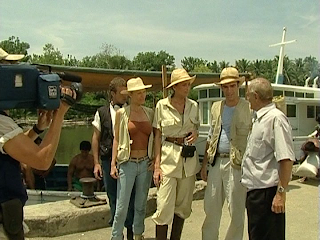 I'm a big fan of cannibal and jungle horror films. I can overlook quite a bit of bullshit in them and simply enjoy their excess of gore, nudity and explicit content but there's just not a good movie hiding underneath the surface of MONDO CANNIBAL. This is a lazy and totally unexceptional jungle horror film that is weak and low rent even for Bruno Mattei standards. It looks cheap, it feels cheap and beyond that it is an obvious ripoff of every other cannibal horror film, even one done a year earlier by Mattei himself. It's more than a bit disappointing.

MONDO CANNIBAL is weaker than I could have ever hoped and certainly meets the lowest expectations I could imagine for an early 21st century cannibal horror film. There's some graphic content full of gore and sex that does give the film a bit of splatter factor including a forced C-Section that is rather nasty that gore hounds may enjoy but overall MONDO CANNIBAL isn't a good film.

The Audio & Video
Intervision gives MONDO CANNIBAL its North American debut on DVD with a 4x3 full frame transfer that maintains the film's original aspect ratio. The digital photography is middle of the road material. It looks decent but far from great or "film like". Sharpness is good and color reproduction is solid. Overall this early 2000s production takes advantage of cheaper production techniques and manages to look decent despite not being a truly proper aspect ratio. The 2.0 English audio track is a dub track, as the movie didn't record live sound. The track mixing is fine and while the audio is nothing special it gets the job done. 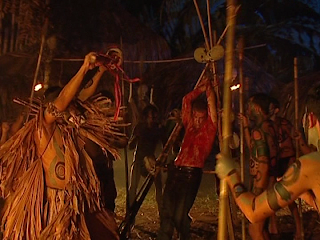 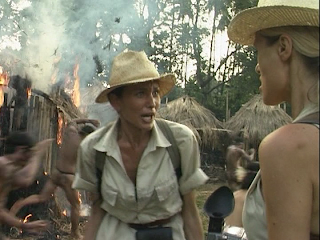 The Bottom Line
I'm a huge fan of jungle and cannibal horror and consider the Italian cannibal cycle one of my favorite cycles of film but MONDO CANNIBAL is simply a very weak film that I suggest only the biggest fans of the genre check out.