It's hard to believe that October is already gone and it's November. Winter will soon be here and I'll be miserable from the cold. The nice 50 degree weather of October is what I love. So, another October gone and the challenge is over. I'll give a rundown on the last four movies viewed then some final thoughts of the challenge and some fun stats at the end. 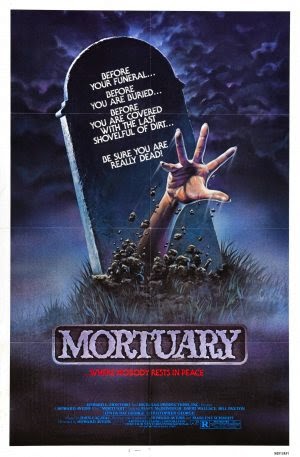 MORTUARY is a movie I've wanted to see for a long time. The artwork is something that I've always thought was cool and finally seeing it I have to say I wasn't disappointed. An 80s slasher co-starring Bill Paxton where the killer has a cool look with his face paint and using an embalming tool as his weapon of choice. It's a bit slow in areas but has a cool story and is solid throughout. 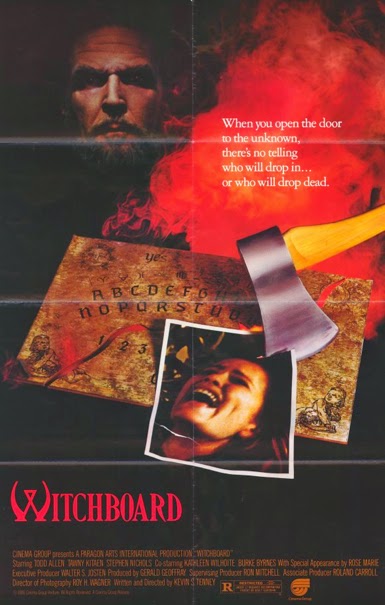 A long overdue viewing of WITCHBOARD was next, a movie I really enjoy but don't visit too often for whatever reason. The creepy and sometimes a bit cheesy movie from Kevin S. Tenney who also did the original Night of the Demons is effective and holds up to the years between viewings. 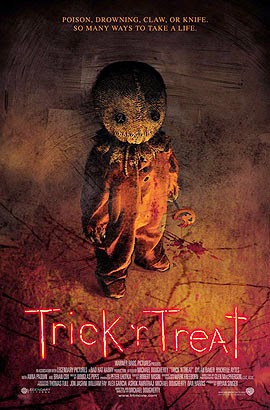 The last two films of the month were traditional viewings that I watch every year, TRICK 'R TREAT and HALLOWEEN. There's not much left to be said about either of them at this point but TRICK' TREAT has now risen to a perfect score from me. I love everything about the film and it perfectly sets up the Halloween season and is simply an amazing movie. It's the type of movie that demands repeated viewings as there's always something new to pick out or catch. 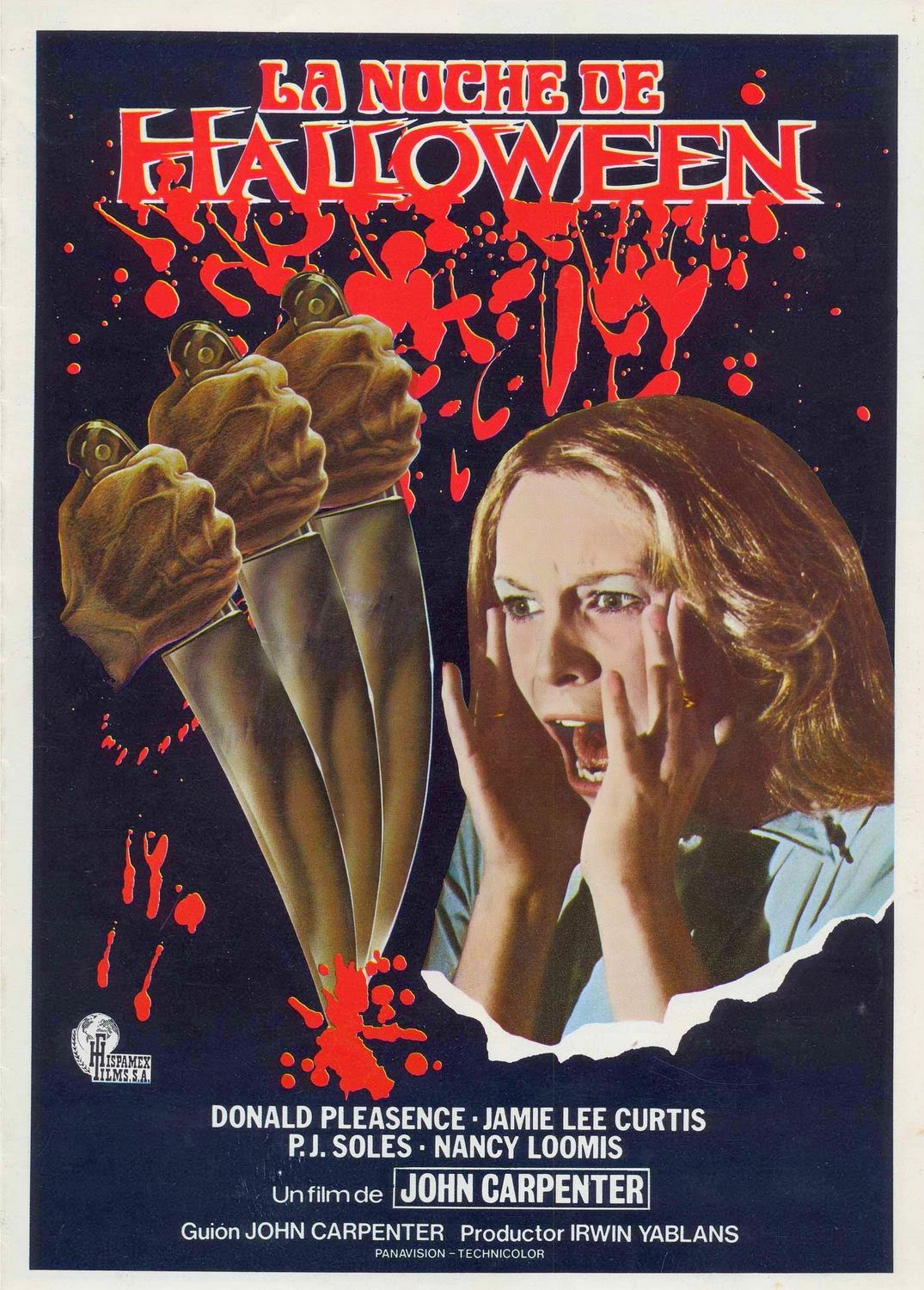 And as for HALLOWEEN, it is my second favorite film of all time so there's not much else to say.

THE WRAP UP
After last year I said I wouldn't be trying to for 100 movies in a month again as I just wasn't having fun last year. Well, the bug bit me again and I went for it and crossed the century mark, just barely. This month's total was the second lowest total I've had in my 6 years of doing the challenge, with only the first year having a lower total (100).

There were times during this month where the piss poor quality of films really sucked the enjoyment out of the challenge for me yet again. I can tolerate bad movies but this year had so many epically awful films that really made this challenge a challenge. There also was a shortage of first time viewings that I loved. Sure there are plenty I liked but I don't think there was a real stand out first time viewing which is a bit of a bummer.

I can't say if I plan trying for 100 movies again next year or not. It will be a decision left to be made closer to then but I will definitely be doing 31 days of horror. I want to take a moment to say thank you to all of you who kept up with me during the month (and through the rest of the year too!). You're all the best and I hope to keep putting up posts and reviews for you for a long time.

Now on to the numbers...

And a few quick thoughts for good measure - It doesn't matter how deep I dig into Hammer I keep finding winners. There's never enough Peter Cushing or Christopher Lee and this month didn't even come close to having enough. The same goes for Dario Argento. Fuck WWE studios. So many movies with a score less than 3/10. I'll take a pass on future movies related to The Conjuring. What happened to theatrical horror in October? My brain hurts.