A Walk Among The Tombstones (Blu-ray Review) - Universal Pictures 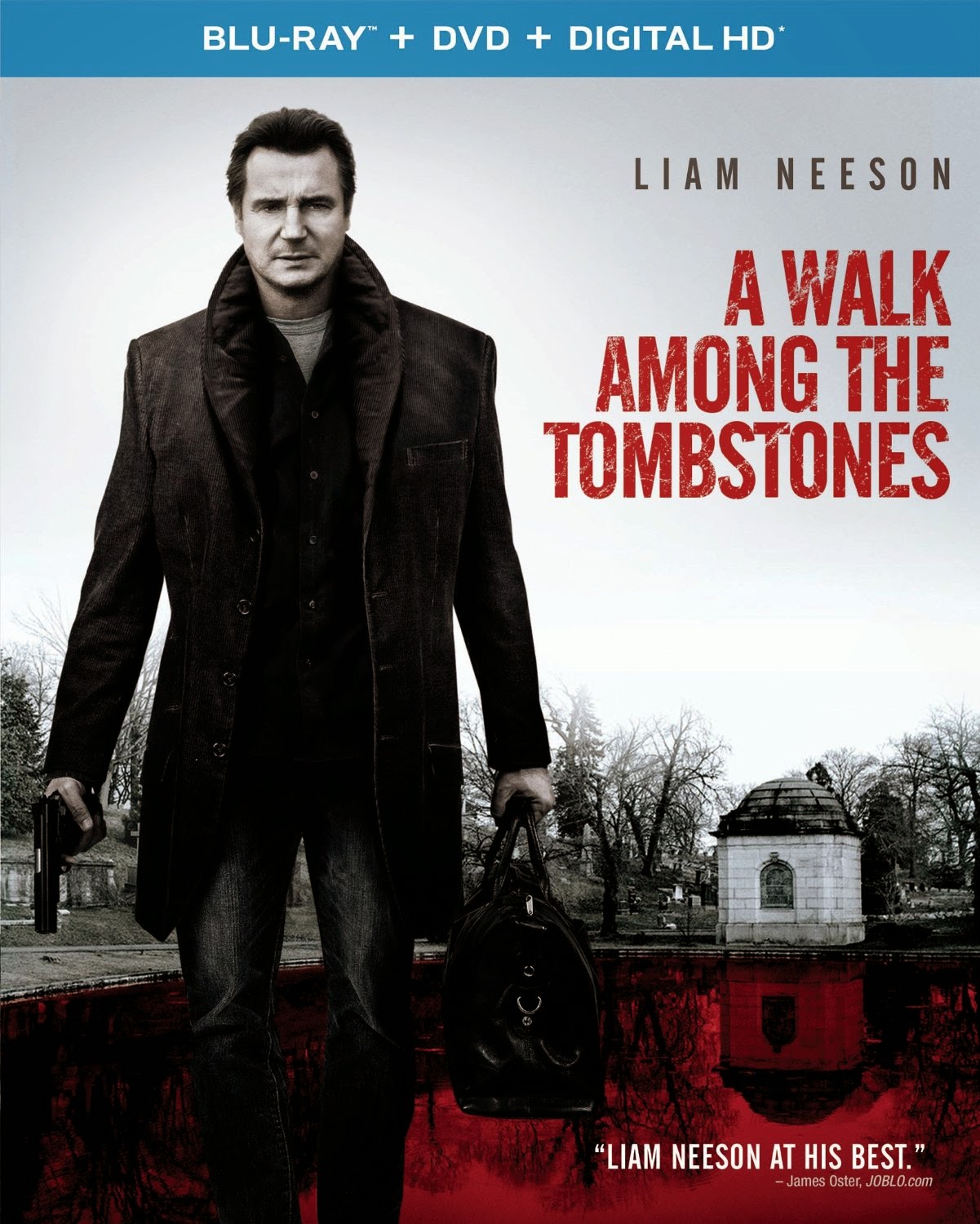 The Film
Matt Scudder (Liam Neeson) is a retired detective from the NYPD and a recovering alcoholic. He now works as an unlicensed private investigator doing "favors" in exchange for "gifts".  Scudder helps one of the city's biggest heroin traffickers (Dan Stevens) when his wife is abducted for ransom and murdered despite the ransom being paid. Scudder's investigation leads him to other similar cases where the wives of big time drug dealers have been taken and brutally murdered and dismembered with their remains being strewn about the city. Now that the killers have a young girl in their hands Scudder uses all of his resources, including a teen he's taken under his wing, a junkie he knows from AA who happens to be the brother of the big time trafficker, and the distraught father of the girl to catch them before they kill the child. What ensues is a brutal showdown where the lines of right and wrong will certainly be crossed.

A WALK AMONG THE TOMBSTONES is a crime thriller based on a series of novels by bestselling author Lawrence Block. Having never read the novels I wasn't sure what to expect but if they're as entertaining as the film that director Scott Frank (who also wrote the screenplay) delivered. Set in 1999 New York the film has a cold and uninviting look to it and it is a perfect backdrop for a film packed with characters that are rarely purely good or evil. The pacing of the film is good, giving the audience something exciting often enough to compliment the investigation aspects of the film. There's one or two plot holes dealing with things that are introduced and then drop out of the film for the remainder but it doesn't hurt the film too much. 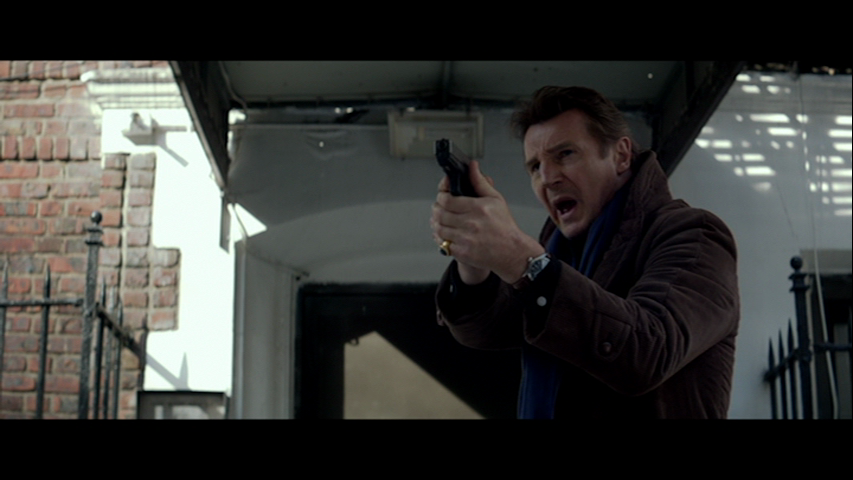 The cast is very good, starting with Liam Neeson who has become a beloved badass over the last decade. He certainly is a badass in A WALK AMONG THE TOMBSTONES but he does have his unsavory side which gives his character more depth than many of his other popular and successful films of recent memory. Dan Stevens plays Kenny Kristo, the big time trafficker who needs the help of Scudder. Stevens has stormed his way in to my life since he was excellent in The Guest and now here. He will certainly be on my radar for future projects. And the great performances continue with the rest of the cast too.

A WALK AMONG THE TOMBSTONES may have been released in to theaters and exited without making too much noise but I think this overlooked thriller deserves a look as it can stand up with just about any other crime thriller released last year. It doesn't reinvent the genre but it does the genre justice.

The Audio & Video
Universal delivers a fantastic looking and sounding product on Blu-ray. The 2.40:1 anamorphic widescreen transfer shows off the film's beautiful photography with a clean, sharp looking picture. Colors are vivid without being overly pumped up while black levels are deep and inky and have no problem with blocking up or compression. Detail level is high and there's no issues with edge enhancement or DNR. The English audio is handled with a 5.1 DTS-HD track that has an outstanding mix. Levels are consistent and crisp while dialogue never gets lost in the mix. There's no distortions or annoying background noise to take away from the excellent audio quality. 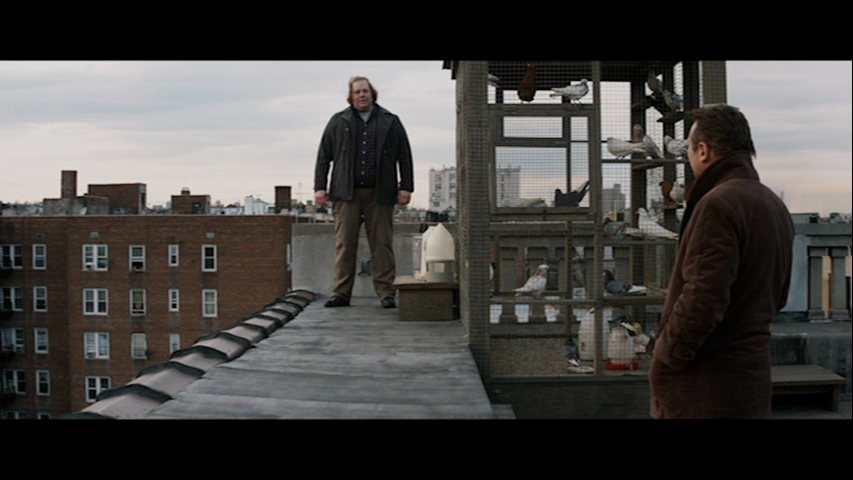 The Extras
-"A Look Behind The Tombstones" - 12 minute behind the scenes/making-of featurette
-"Matt Scudder: Private Eye" (Blu-ray Exclusive) - 6 minute look at the character Matt Scudder
-DVD copy of the film
-Digital copy of the film 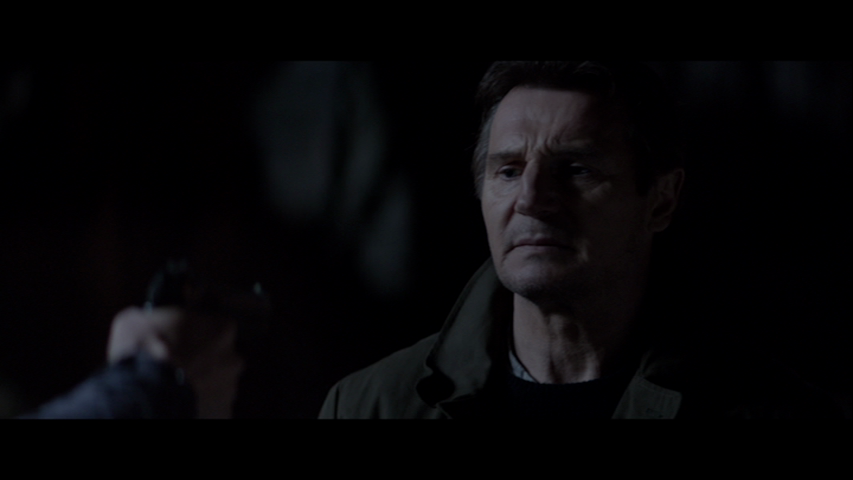 The Bottom Line
This movie is entertaining from start to finish and Neeson is as badass as ever. I definitely recommend checking out A WALK AMONG THE TOMBSTONES.

A WALK AMONG THE TOMBSTONES is available HERE
Posted by Celluloid Terror (Seth Poulin) at 8:05 PM