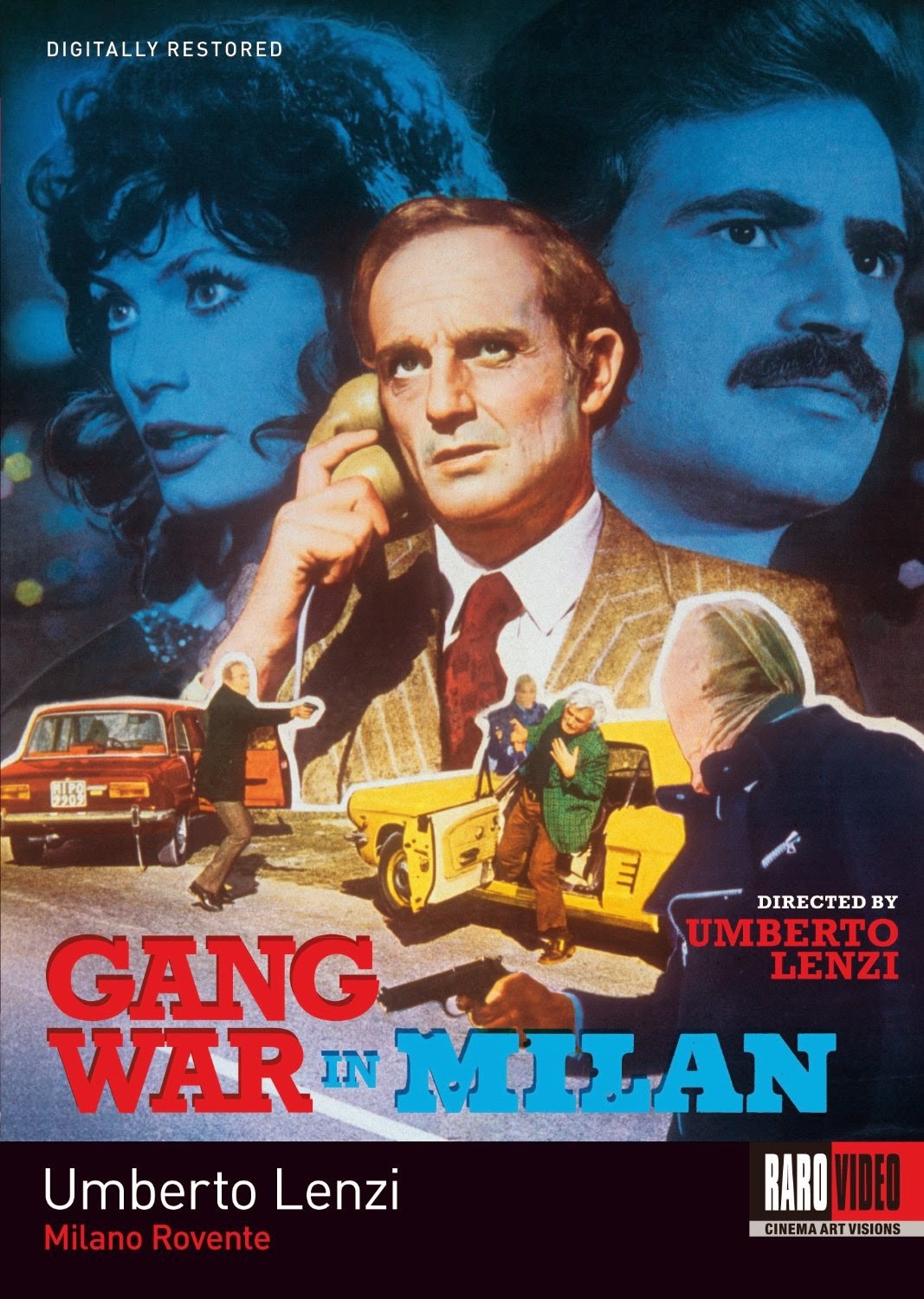 The Film
Antonio Sabato stars as Toto a Sicilian who operates a prostitution ring that is confronted by Le Capitaine, a Frenchman running a drug ring in Milan who is interested in uniting the crime families across Italy. When Toto rebukes at his offer Le Capitaine responds in violent fashion and quickly opens up the door to one of the most violent gang wars you could imagine.

GANG WAR IN MILAN is directed by Umberto Lenzi, the man responsible for one of the best Euro Crime films ever made, Almost Human. While GANG WAR is no Almost Human it is an excessively violent film that exploitation fans will eat up. The main selling point of the film is watching the two gangs try to one-up the other with their plots and schemes. Lenzi handles the film well, getting good performances out of Sabato and Leroy, though Sabato is no Tomas Milian. There are a few odd shots that linger on a random object for a few seconds that seem to be forced product placement of some sort which is a bit funny. From car chases and shootouts to genital torture GANG WAR IN MILAN really pushes the envelope and makes up for what it lacks in story with pure excess.

The Audio & Video
Raro Video has done a very nice job with GANG WAR IN MILAN on Blu-ray. The 1.85:1 anamorphic widescreen transfer has vibrant colors and good level of detail. Skin tones are fleshy and natural and there seems to be very minor DNR applied. The disc features both the Italian and English language versions of the film. I chose to watch with the Italian track which sounds good. The 2.0 stereo track has is reasonably crisp and has a good mix between soundtrack and dialogue. The English subtitles are translated and timed well.

The Extras
-Intro by Mike Malloy, director of "Eurocrime! The Italian Cop and Gangster Films That Ruled The 70s"
-Fully illustrated booklet

The Bottom Line
GANG WAR IN MILAN will be a nice addition to your Poliziotteschi collection and one that you'll want to bust out and show your friends for no other reason than how violent it is.