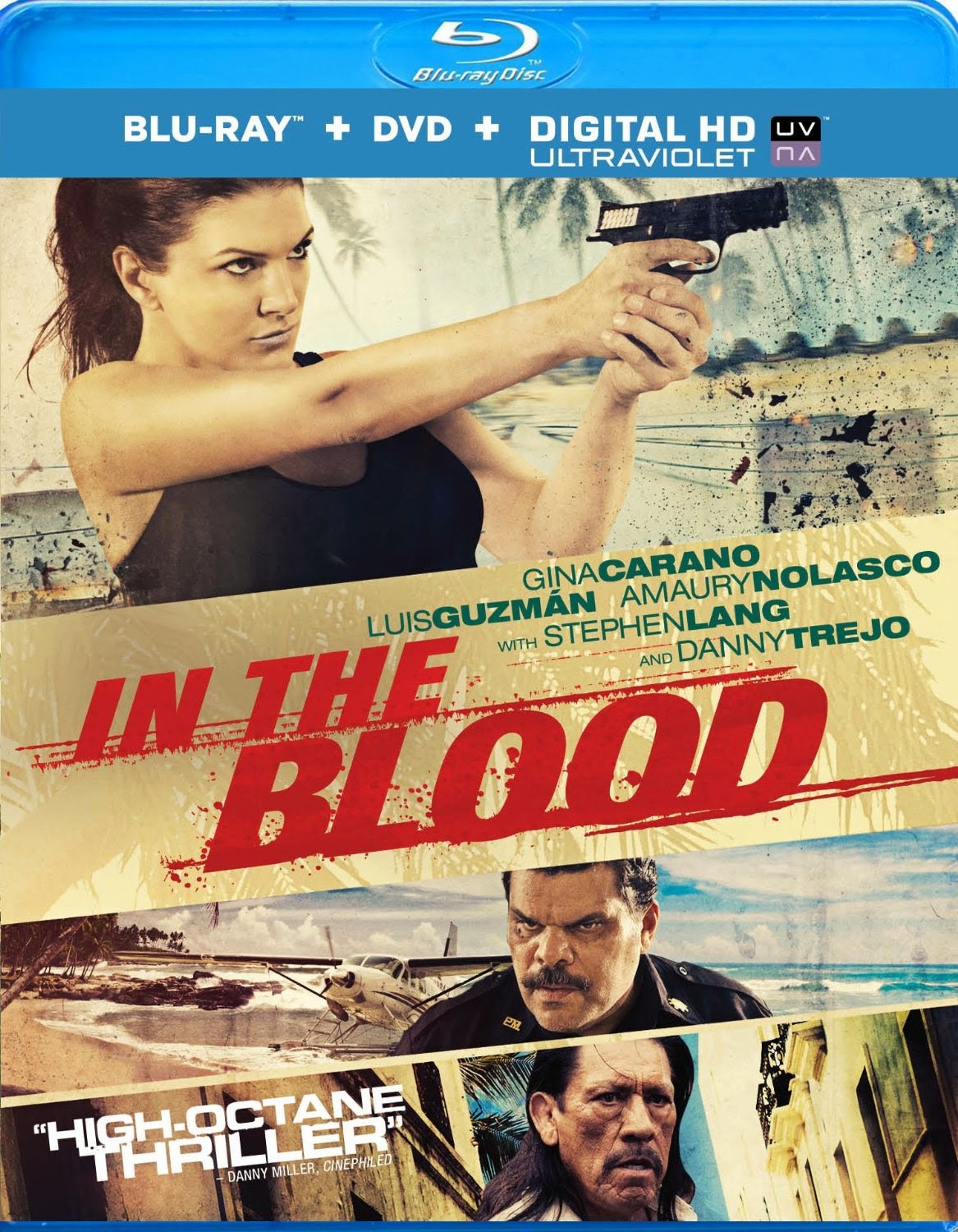 The Film
Ava and Derek are newlyweds on their honeymoon in the Caribbean when Derek goes missing after a nasty fall from a zipline. Having apparently never arrived at any hospital after being taken away in an ambulance Ava uses her hardened background and training from her father to go deep in the seedy criminal underbelly of the island and find her husband since the police have their hands in the criminals pockets.

IN THE BLOOD plays out like an amateurish, wooden and totally ridiculous version of Taken starring Liam Neeson. Former mixed martial arts champion Gina Carano stars as Ava and tries her best to be convincing but she is stiff as a board and her lines come off like she's reading them from a book. She is convincing in her fight scenes because she could probably kick everyone else in the movie's ass. The editing of the movie is a mess, one second Ava is kicking the shit out of a bad guy and the next she's in a jail cell... did she turn herself in? Was she arrested on sight? Who the hell knows. There are many instances of that type of jarring editing. There are also more than a few sequences that look like a cheap music video, the ambulance chase scene being the main culprit. It's like a bad segment from MTV 2. 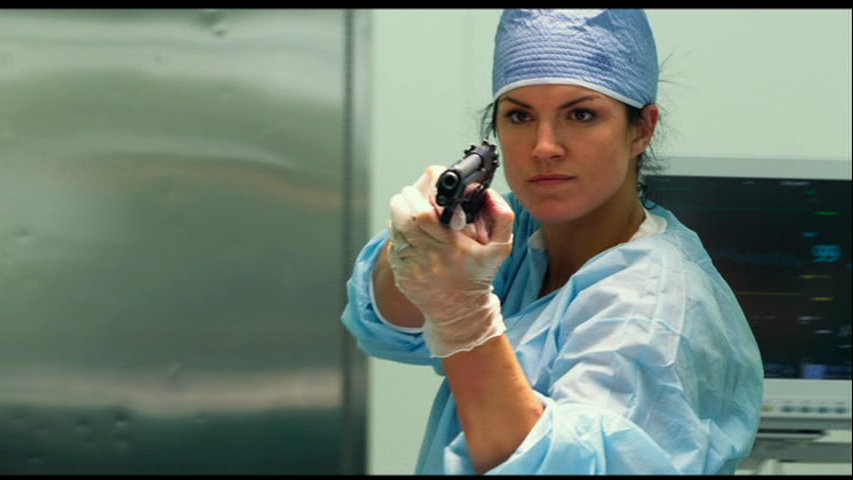 The reunion between Ava and Derek should be a happy moment for the viewer but the revelation that the crime boss had Derek taken because he's a perfect match for bloody type so that he can take Derek's stem cells to treat his own cancer? Well, let's just say it is one of the more "holy shit, that's what they actually went with" moments I've ever seen. And then came the finale where an entire local neighborhood tries to help the couple escape by throwing coconuts and melons at a caravan of the baddies. It was one of the more unintentionally funny things I've seen in a movie in quite a while. From then on it drags for another fifteen minutes until Danny Trejo makes his second appearance in the film to collect that paycheck and get his name plastered on the DVD cover.

The Audio & Video
Anchor Bay gives IN THE BLOOD the Blu-ray treatment that looks outstanding for the most part. The parts that don't look as hot are obviously filmed with lesser equipment but the beef of the film is very sharp, features strong detail levels and incredibly natural skin tones. It is an excellent looking disc. The audio, mainly English with intermittent Spanish with English subtitles is a Dolby TrueHD 5.1 track that sounds just as good as the disc looks. No complaints. 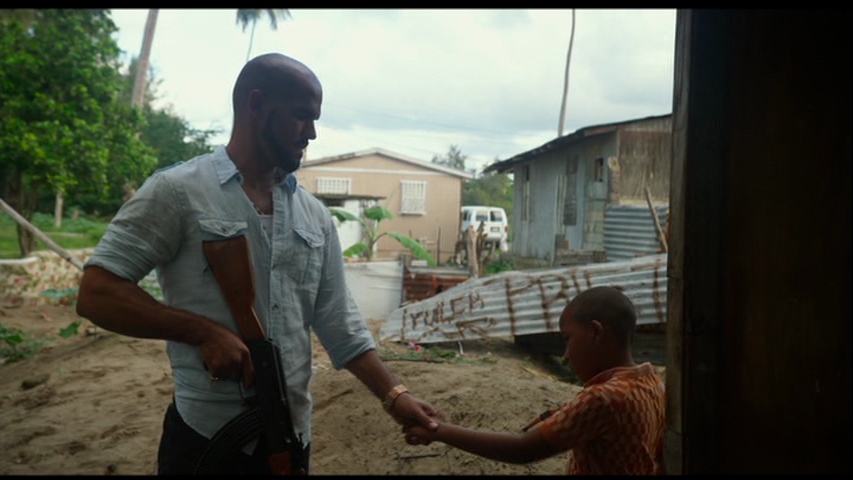 The Extras
A Behind-The-Scenes featurette is the lone extra 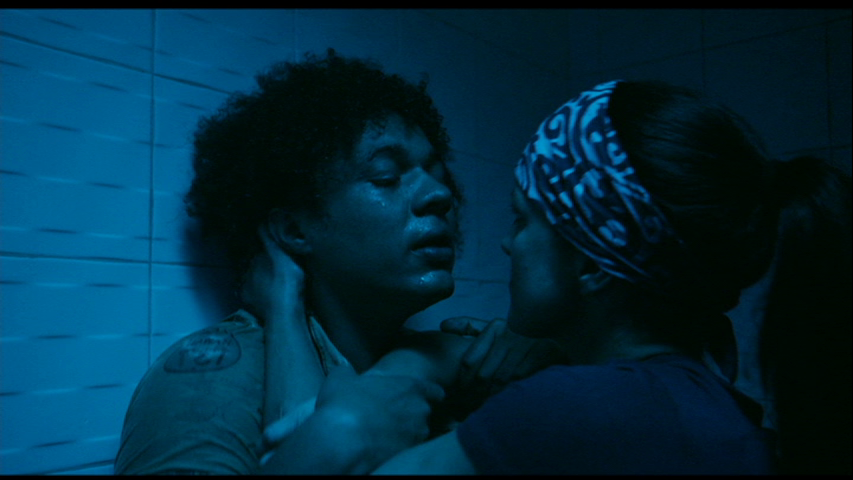 The Bottom Line
If the film istelf was as good as the A/V of the disc we'd have a real winner. Unfortunately it isn't.

IN THE BLOOD is available HERE
Posted by Celluloid Terror (Seth Poulin) at 12:02 PM