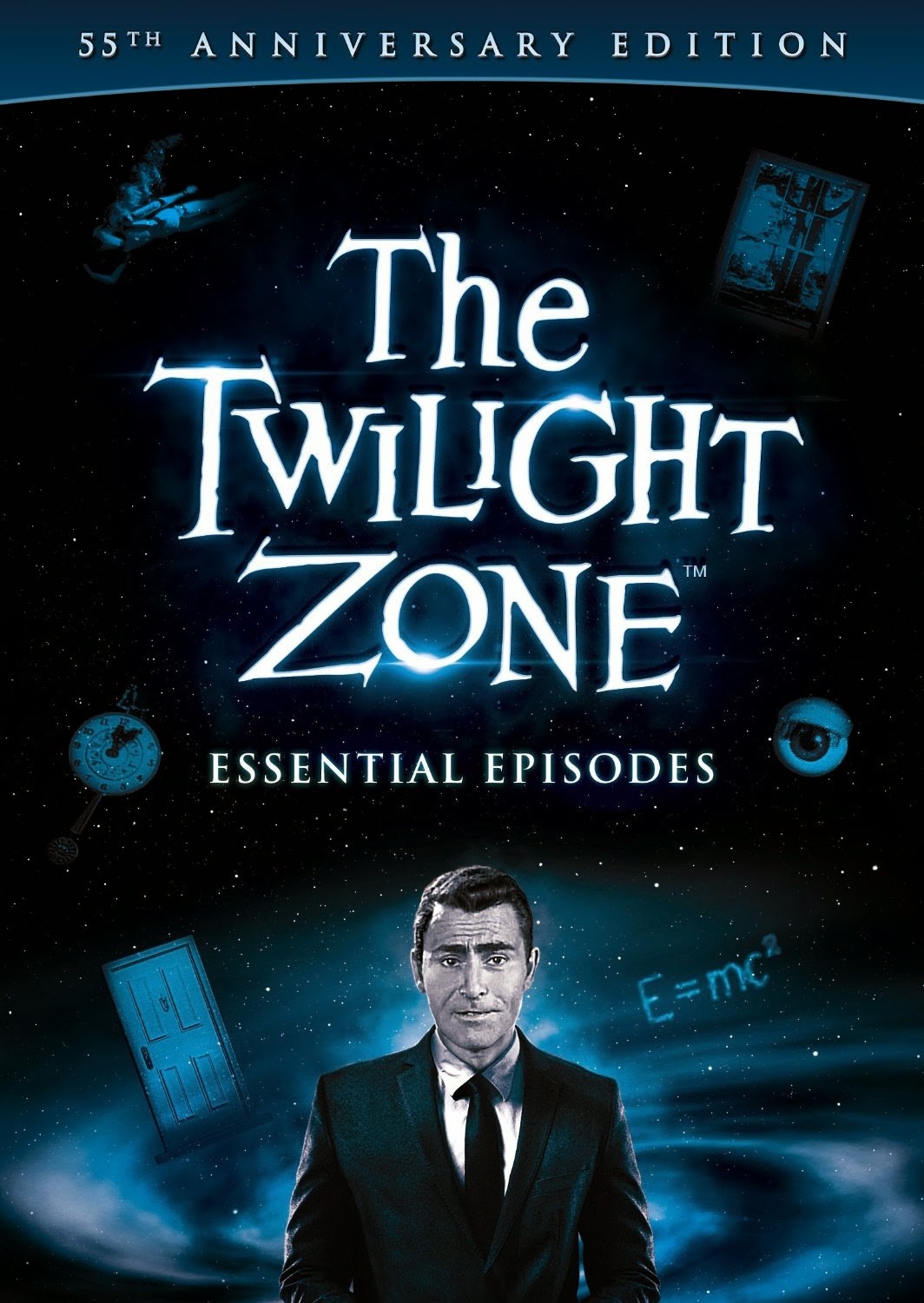 What can be said about the Twilight Zone that hasn't been said a thousand times before? Rod Serling's creation changed science fiction and TV forever in 1959. The original run went until 1964 and features strange, frightening and sometimes funny tales of the weird and fantastic. Influencing genre film makers and writers for decades, it spawned a reboot series, several "knock off" series and even a feature film and remains popular for how damn good it really was.

CBS DVD and RLJ/Image Entertainment have released this 2-disc DVD set in celebration of the 55th anniversary of the series and in preparation for a re-release of the complete series box set. Without running down every episode on this set (believe me, it is far better to see these without knowing their twists and turns for the first time) I will say that this is a perfect starter set to get you introduced and interested in the Twilight Zone. A/V quality is quite good and lets the vintage black and white photography to shine.

17 episodes are included with a few of my personal favorites such as "Nick of Time" "The Eye Of The Beholde" and "To Serve Man". I can't recommend this set highly enough if you're looking for a high quality and inexpensive way to test the waters on The Twilight Zone before you inevitably fall in love and want the whole series!