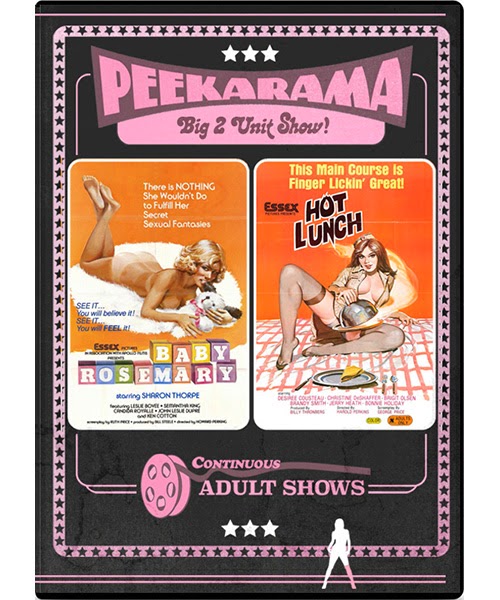 The Films
BABY ROSEMARY follows young Rosemary through her sexual journeys with her friend John, her student athletes and the residents of her father's hotel residence. The real turning point for Rosemary seems to be when she is attacked in her father's room by a despicable couple who live across the hall and raped by both the man and woman. Cut to several years later and John has matured enough to become a policeman and has to track down Rosemary to inform her of the news of her father's death. Rosemary never really knew her father as she was put up in an orphanage when her mother died. Rosemary brings her sexually charged students to the viewing and they end up sleeping with the funeral director. This all leads to a surreal, dreamlike gathering of everyone Rosemary knows (plus a weird demon guy) having an orgy in the funeral home right next to her deceased father forcing Rosemary into her own personal hell as she screams for her father to save her. Well... what? What exactly did I just watch? I liked it. It was raunchy, sexy and it goes without saying it was out there. Way out there. The back of the DVD says "BABY ROSEMARY is a haunting adult film like no other." Well they sure as hell got that right. BABY ROSEMARY is bizarre and midnight movie fans need to see it.

HOT LUNCH is a far more straight forward story as Andrew's life has gone to shit. He finds out that his girlfriend is screwing just about every except him, he has exactly $4.08 in his pocket and to say he's awkward is putting it lightly. He's lucked into a job selling encyclopedias, the problem is that he's terrible at it. His luck turns around when he spills coffee on himself and a potential client offers to clean them and discovers that he's a love making machine. Andrew's life and career skyrockets as he sleeps his way up the company chain giving each successive attractive woman the orgasm they want and lines his pockets in the process. 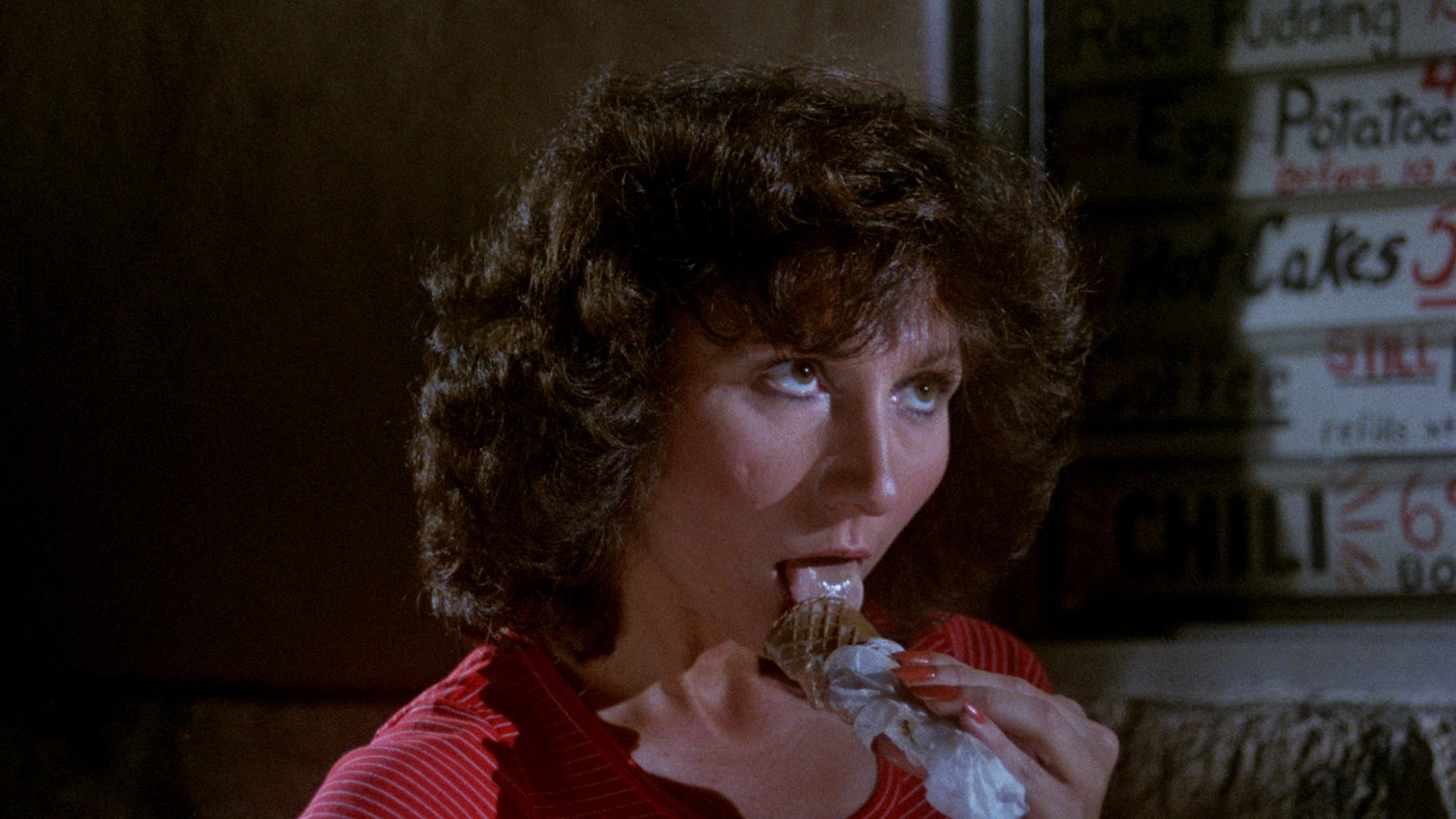 HOT LUNCH is sexual fury unleashed on celluloid. From the opening scene in a diner where lesbian sex is happening behind the counter on the floor with everything from a broom handle to a scrub brush even while cooking is going on around them, to the almost instant screaming "I'm going to cum!" from every woman Andrew sleeps with, HOT LUNCH is lust personified. HOT LUNCH also has a few truly funny moments, the best of which comes after a jealous woman interrupts Andrew's current lay and they have a childish argument that happens to be X-rated in content and had me cracking up. Things like "I could fuck an arm!" and "I had his cock so far up my cunt I'm lucky I don't have brain damage!" were being yelled back and forth and I was nearly in tears.

The Audio & Video
Vinegar Syndrome knocks in 2 more great looking and sounding movies with this release. Both films have been kept in nice condition and are presented here in their original aspect ratio of 1.85:1 (16x9). The transfers are mostly clean, with just a bit of spotting and speckling. Colors are bold and skintones are natural. The English mono tracks on the films are mixed well, and feature just a bit of popping and background noise to remind us of their grindhouse theater type heritage. I'm extremely happy with how this release looks and sounds. 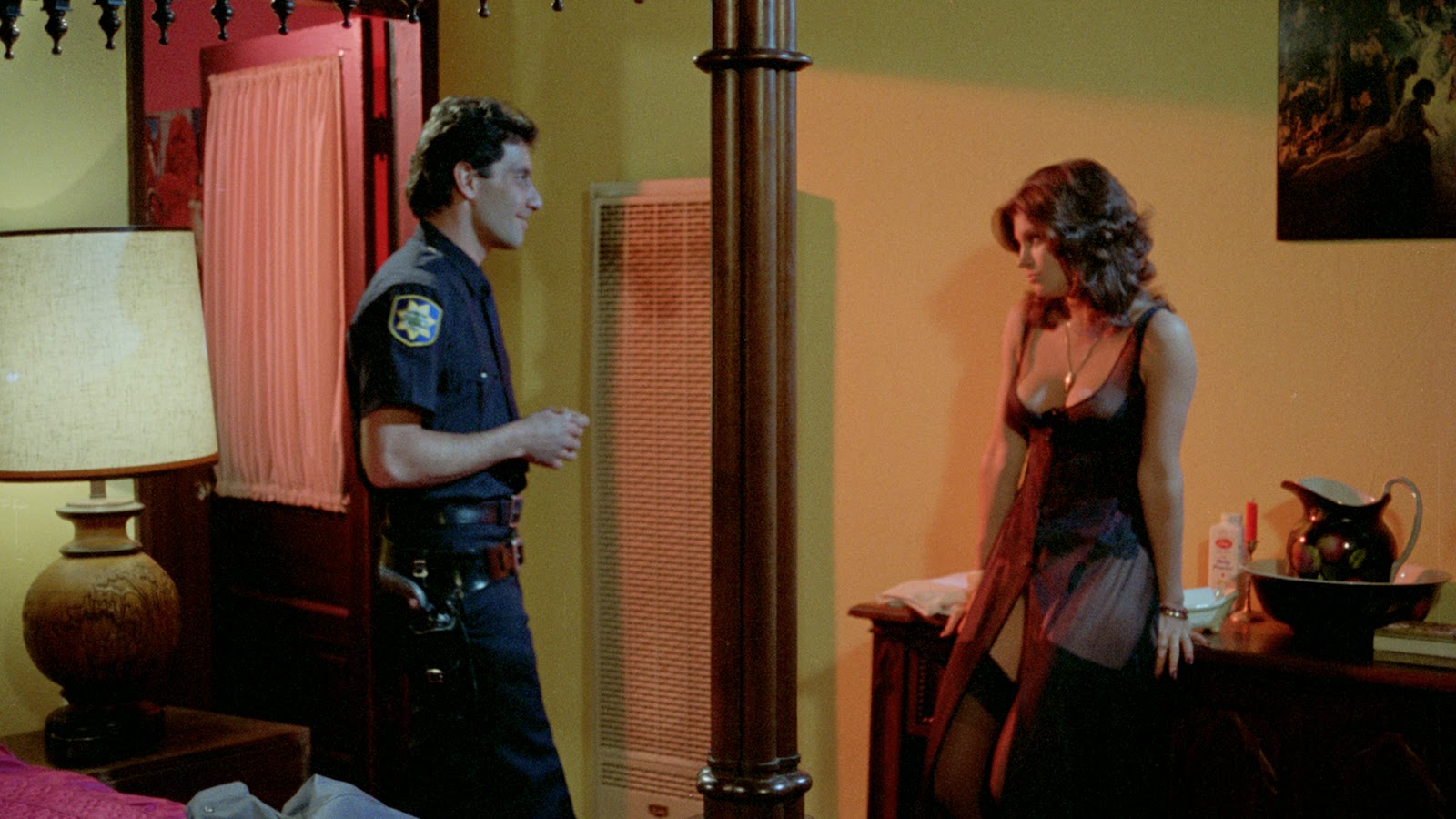 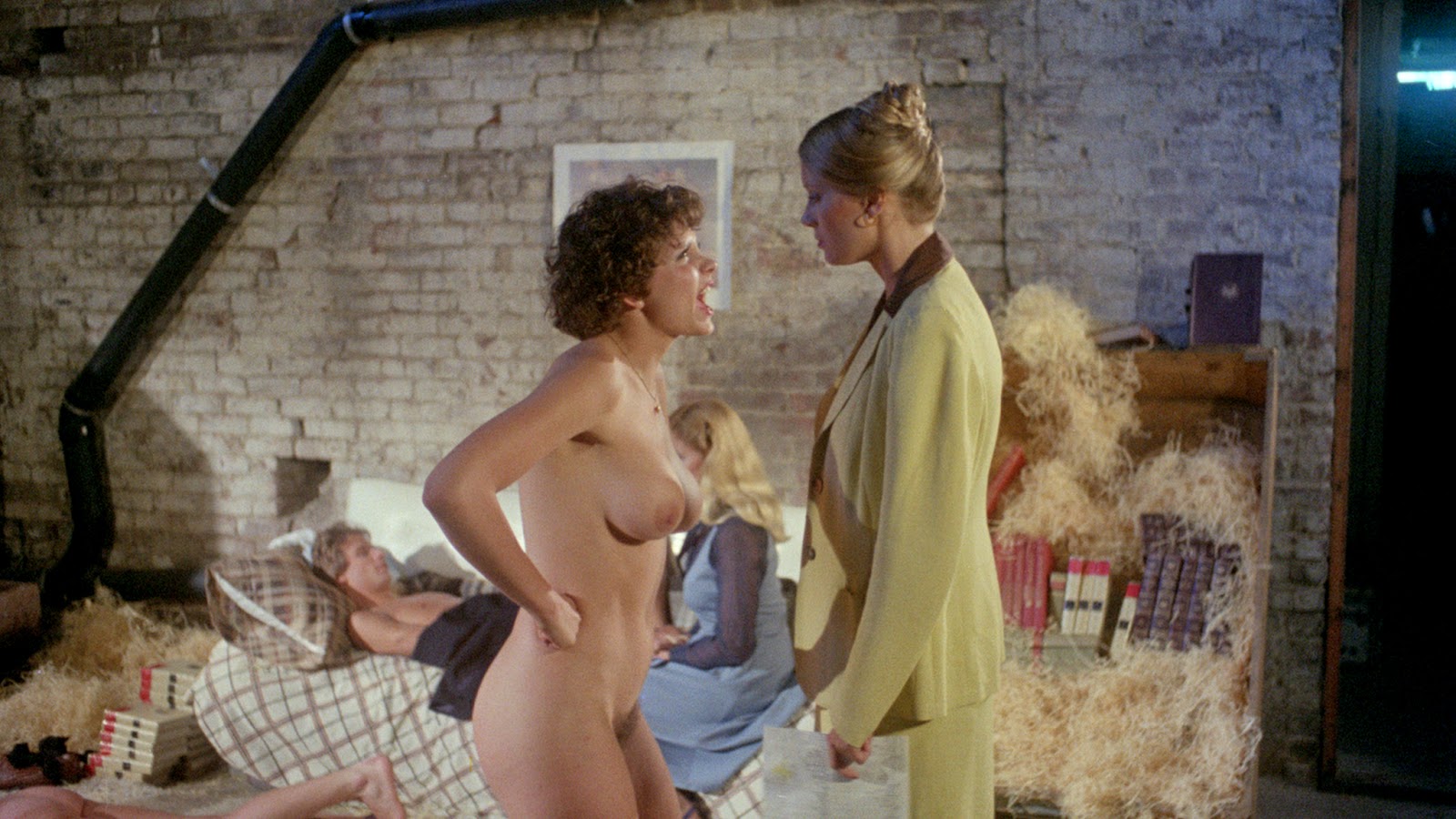 The Bottom Line
This double feature from the Peekarama series of releases is one of my favorite X rated Vinegar Syndrome releases to date. The movies are a fantastic mix of surreal, sleazy and funny on top of the required sex factor. The technical presentation only adds to the viewer's ability to enjoy these films that truly embody the 1970s.