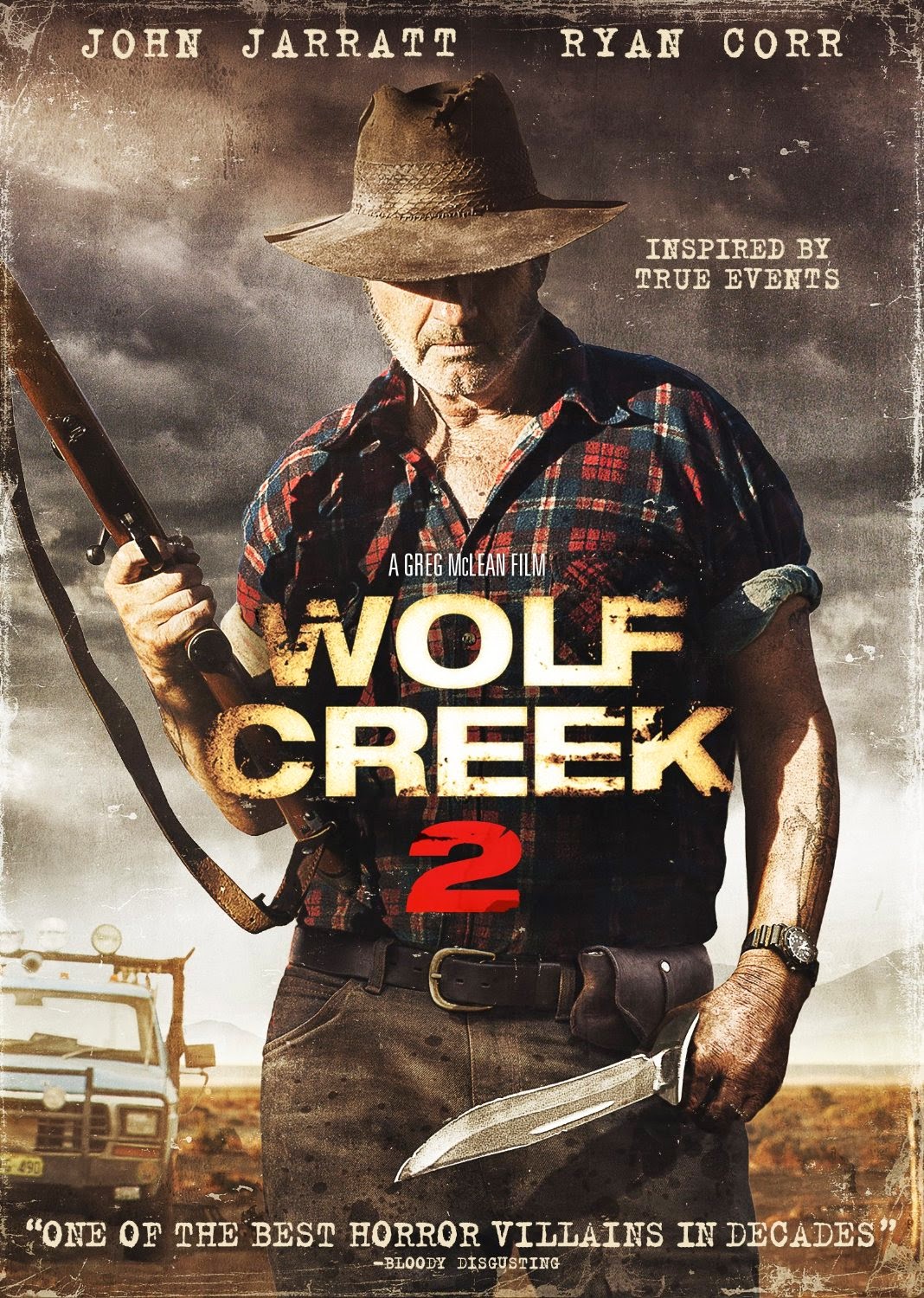 The Film
Almost a decade ago the horror world was introduced to Mick Taylor, the wild pig hunter from the Outback who also happens to be one of the most vicious serial killers we've ever seen. In a time of incredibly shitty horror films Wolf Creek rose above the rest to be a pretty damn solid film. Now Mick is back in the sequel where he's up to his old ways, taking out anybody who tests him or disrespects him or his beloved land. Mick happens upon a couple of German backpackers who have been hitchhiking their way across the Outback. When the girl escapes while Mick is busy dismembering who boyfriend she is able to hitch a ride with a local who is passing by named Paul Hammersmith. Hammersmith is thrown into Mick's wild game of cat and mouse across the Australian wilderness because he simply stopped. And as Mick says, the first rule of the Outback is "You never stop." 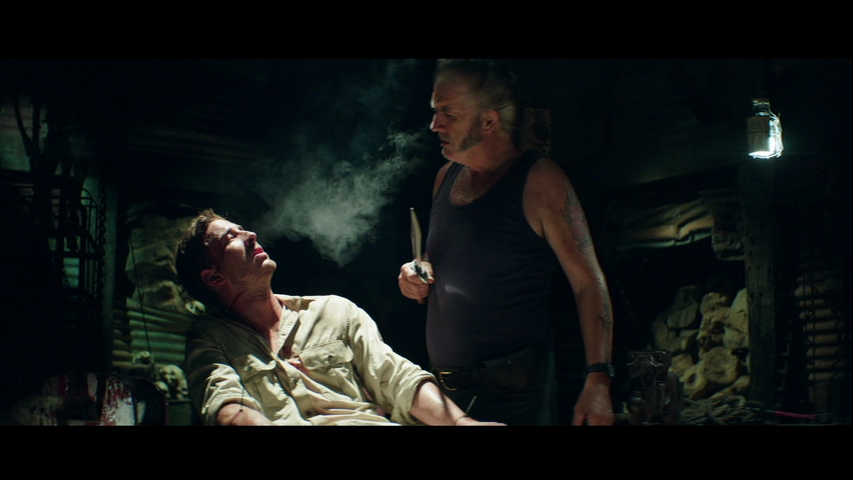 When horror films take eight or nine years between the original and the sequel it usually doesn't end well. That simply isn't the case with WOLF CREEK 2. John Jarratt is simply fantastic once again as the menacing and somewhat sarcastically funny Mick Taylor. His heavy Australian accent and hardened face lends itself to his credibility and director Greg McLean really can direct an exciting sequence. The game Mick plays with Hammersmith of Australian History manages to be tense and amusing at the same time. WOLF CREEK 2 has no shortage of the gore that helped make the first film so popular and even manages to up it. This film gets messy. I think the last act is a bit of a risk as it definitely could be looked at as cliche but it manages to be effective enough that I can overlook how mid-2000s "torture porn" it felt. In fact the only thing I completely hated was the Kangaroo sequence which made me want to slam my head in a wall repeatedly.

WOLF CREEK 2 isn't a perfect film nor is it even a perfect horror film but it is entertaining and every bit as good as the first and features one of the most interesting horror villains we've seen in a long time.

The Audio & Video
Image Entertainment's DVD of WOLF CREEK 2 looks very good. Details are very strong and overall picture quality is quite sharp in this anamorphic widescreen (2.35:1) transfer. The only upgrade I could see is if this were the Blu-ray version. The Dolby Digital 5.1 audio track is great. The track is perfectly mixed and crystal clear. 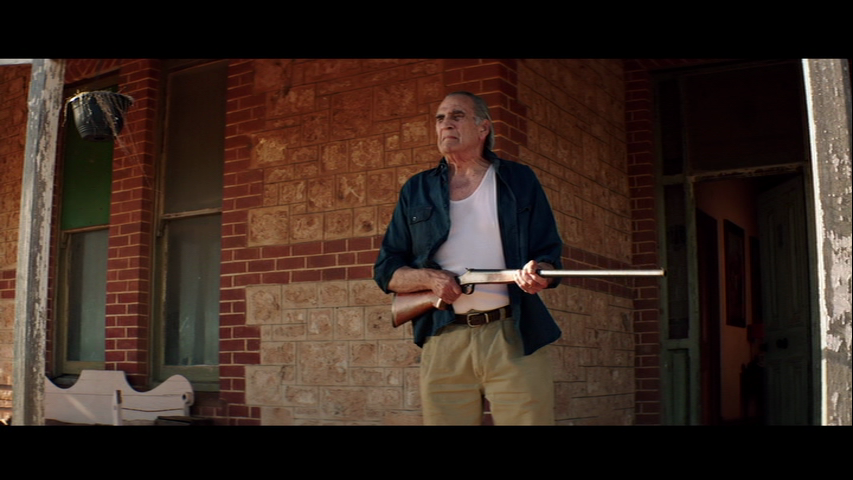 The Extras
Extras include a "Making Of" featurette and well over 20 minutes of deleted scenes. 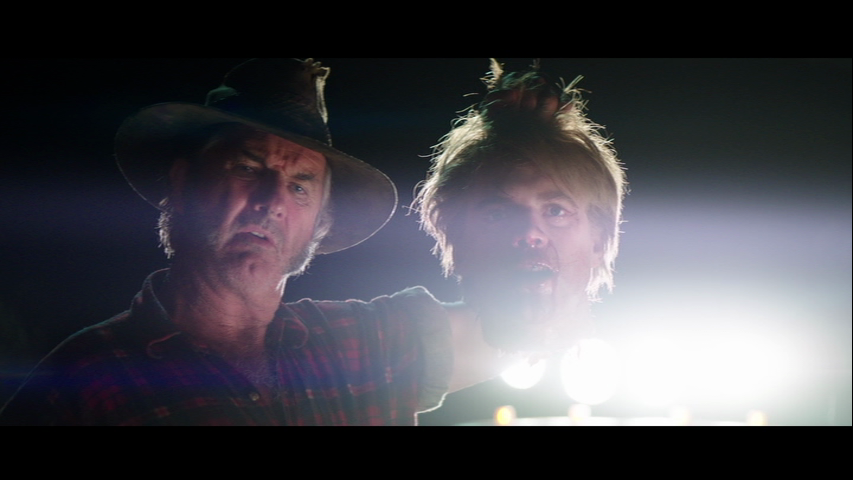 The Bottom Line
If you're a fan of the first film or are just looking for a modern horror film that doesn't totally fucking suck, WOLF CREEK 2 is definitely worth checking out.