The Film
The 1970s were a beautiful time for all sorts of cinema. It seems that every type of movie you could think of was able to make money and get played in theaters. There were countless theaters that carried adult films of both the XXX and softcore varieties. You'll be hard pressed to find a theater like that today. During that decade a series of films came out of Germany called Schoolgirl Report. These films were based on a book featuring interviews with girls about their sex lives. These films had traces of elements of more "legitimate" sex-education films but audiences flocked to the theaters for their essentially purely exploitative nature. 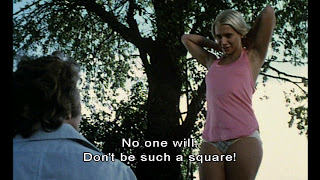 An all girls class is on a bus heading for a rural farm for a field trip to learn about Biology. These girls, who are almost all very promiscuous, share their various romps with each other that we get to see through glorious flashbacks. From a girl seducing her family's gardener and a girl hiding her pregnancy from her powerful father to girls losing their clothes while skinny dipping and another having to sleep with her father's boss to help him keep his job. There is little left to the imagination with the girls who are gorgeous. SCHOOLGIRL REPORT #8 has a hefty dose of comedy as well that works well with the stories and can be genuinely funny at times. If you're among the crowd that can be entertained by softcore porn and appreciate a good story with your naked ladies than you will find plenty to enjoy here. 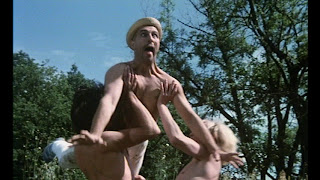 The Picture
SCHOOLGIRL REPORT #8 is presented in an anamorphic widescreen 1.66:1 ratio and looks good. There are times, mostly early on in the film where there is speckling or dirt and debris however it doesn't distract from the film. The healthy grain level transports us back to the days when this would be playing in a theater with a real film print and a real projectionist. The dirt and debris actually serves to remind us of those days and aren't a problem. The Impulse Pictures line from Synapse Films has done a nice job with this release. 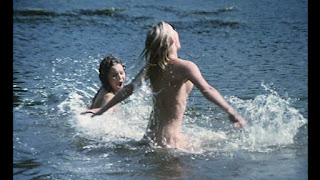 The Audio
The audio track is clear and free of any annoying hiss or crackling. A single track in the film's native German is offered up with removable English subtitles. A very suitable track for the film.

The Extras
The disc is rather bare bones with no actual extra features to speak of. The subtitles are newly translated and read quite well. 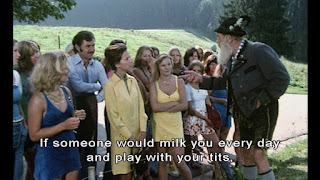 The Bottom Line
Impulse Pictures continues their release of this German sexploitation series with another stand up release that exploitation nuts will enjoy. While it would be nice to have some extra features on this disc we must ask ourselves- Are we really watching SCHOOLGIRL REPORT for the extra features? No, we're not. It's great to have someone as loving and capable as Impulse Pictures to bless us with these movies.

SCHOOLGIRL REPORT #8: WHAT PARENTS MUST NEVER KNOW is available HERE

I've been wanting to see one of the Schoolgirl Report movies for a while, since they kept popping up on my GreenCine account. Still waiting for a region 1 of To Be Twenty. If you haven't seen it, you should definitely check it out.

I've heard of it, I'll search it out. Thanks bud!