The Film
A new batch of females are thrown into a nasty jail for their various crimes. When they get mixed in with the hardened inmates they are soon subjected to some of the horrors of day to day life in jail. Mayumi comes up with a plan to break out and get revenge on the person responsible for her incarceration. She will do whatever or whoever it takes to get out. 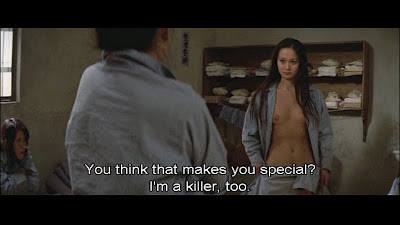 TRUE STORY OF A WOMAN IN JAIL: SEX HELL is another erotic film from Nikkatsu studios. While similar to the previously reviewed DEBAUCHERY, this film came 8 years earlier and it shows. The direction is more stylish with much more flare. The soundtrack also stands out and has a cool theme sung by on of the girls that accentuates the story and what you see on the screen. While most women-in-prison films focus on sexy violence and tease us with the sex scenes SEX HELL essentially reverses the roles. There are plenty of sex scenes with our creative inmates who can make a falic object out of everything from soap to clay and only a few fight scenes. The fight scenes are well done and don't skimp on the violence at all. Everyone is involved in the sex, from the newest inmates to the doctor and guards and nothing is sacred when it comes to the violence. I'd go as far as saying the stomp scene in SEX HELL is more deplorable than the curb stomp scene from American History X. It is stomach churning. This is a fine piece of sexploitation for any fan of women-in-prison films.

The Video
TRUE STORY OF A WOMAN IN JAIL: SEX HELL is presented in a very clean and crisp anamorphic widescreen (2.35:1) 16x9 transfer. Colors are represented very naturally from the skin tones to the blood from various orifices. Dark scenes are clear and well lit so viewing them is a pleasure. The murky solitary confinement room scenes could have been a disaster but thanks to the great transfer it isn't an issue at all. 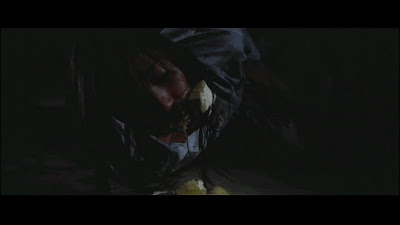 Audio
A Mono 2.0 track in the native Japanese language with newly translated removable English subtitles is a suitable audio track. Dialogue levels are good and free of any hiss or crackling. The soundtrack levels mix nicely with the dialogue as one never interferes with the other.

The Extras
The lone extra is attractive liner notes from Jason Sharp. 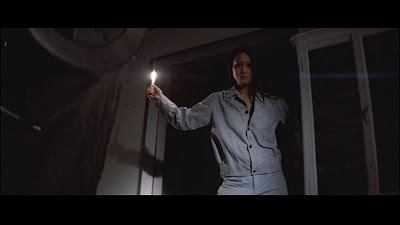 TRUE STORY OF A WOMAN IN JAIL: SEX HELL is available to order here