Two days in one update today because I only got to a single movie on day 15... deal with it! Sorry I flew off the handle there. 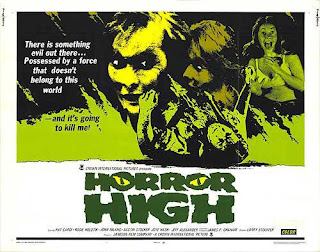 The lone film for day 15 was HORROR HIGH from 1974. The story of a high school geek concerned only about his biology experiments and his guinea pig Mr Mumps that he's been giving chemical concoctions that he hope will turn Mr. Mumps into a violent little monster. When Mr. Mumps ends up dead the kid takes the chemicals himself and it turns him into a Mr. Hyde type character and he goes on a killing spree of his bullies including various students and teachers. The plot is better than the execution but it's still a decent movie that is played totally straight unlike the more popular Return To Horror High that is a parody comedy film. It's nothing incredible but definitely worth a look. 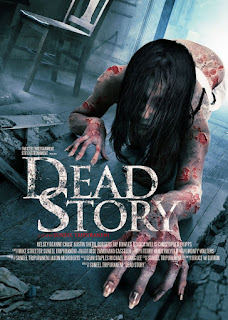 DEAD STORY is a 2017 film released on DVD by Wild Eye Productions who I have great respect for as they give many films a chance to get nationwide distribution that are extremely low budget independent affairs. Some of them are surprisingly great movies while others as you'd imagine are awful. Most fall somewhere in between those two extremes but DEAD STORY falls firmly on one end. I'll sum it up for you like this - If you are a wrestling fan then superkick that piece of shit into the ocean. If you're a football fan then punt that hunk of junk into the ocean. If you're a baseball fan then have a friend lob that garbage over the plate and hit a home run into the ocean. If you're a basketball fan then slam dunk that dumpster fire of a movie into the ocean. My point is just stay away from it and if you have it near you flush it down the crapper. If it doesn't fit down the crapper then sell the house and move. 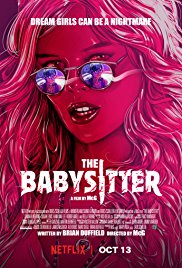 THE BABYSITTER is getting all the hype on Netflix right now so I had to give it a look even though I really have no desire to watch anything McG does. This turned out to be a pleasant surprise from the 3 letter man who is too cool for a first name. While highly flawed and a bit too cute for its own good THE BABYSITTER is a fun coming of age movie in a horror setting that has great chemistry between many of the characters. It lingers too long with side characters during the second act and leaves us wondering where our main antagonist is but it's a silly, gory romp that is a nice break from more straight forward deadpan horror movies like Shit Story up there. 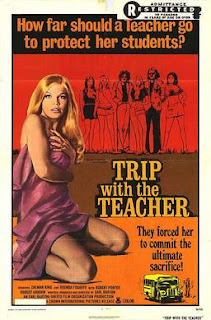 TRIP WITH THE TEACHER was next, a nasty little exploitation classic I've seen several times before but wanted to check out on the new Vinegar Syndrome Blu-ray which I'll be giving a full review very soon so hold tight for that. 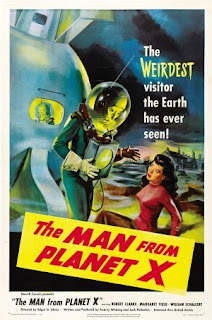 Finally was the 1951 alien invasion movie THE MAN FROM PLANET X which was pretty cool. The alien looked like a cracked out version of Robin Williams' Bicentennial Man and I loved it. The movie had a moody look and feel reusing sets from 1948's Joan Of Arc starring Ingrid Bergman and covering them in fog. It was simple, cheap and effective. The acting is typical of the period but believable. This is probably my favorite of the 50s sci-fi horror that I've watched this month.

Posted by Celluloid Terror (Seth Poulin) at 11:36 AM

Quite the variety, to be sure. I have seen only The Babysitter out of this mix and I enjoyed it. Went in knowing nothing and was entertained for an hour and a half, so that is all I can ask.