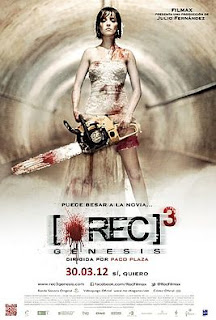 REC 3: Genesis was a pretty hotly debated film when it was released in 2012. The highly regarded REC sequel had a bit of a format change, as the found footage style was used sparingly and the movie took a decidedly more comedic and action oriented approach, branching out of the apartment building setting we spent our time in during the first two films and placing us amongst the crowd of a fun and fancy wedding reception that quickly falls victim to the same infection we've come to be quite familiar with. The most important thing is to watch this film for what it is and not condemn it for what it is not. Most of the time the complaints about the film revolve around it being a shift in style and tone from the first two. If you let your guard down I think you'll find that REC 3 is genuinely funny and well written, equally as exciting and uber gory as the first two films. Hell it's even a bit heartwarming. 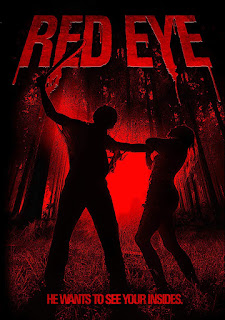 Having a big social media following can be invaluable, especially if you're looking to crowdsource funding for a film. That's how RED EYE was funded. This West Virginia slasher film had surprisingly good direction from Tristan Clay which made the film look better than I was expecting but even at 73 minutes the movie is filled with padding and boring stretches of obnoxious stupid dialogue. There's a twist to the story that made me perk up the tiniest bit but by that point I was pretty much checked out. There's some potential here in the crew but for a film that raised over $12,000 it looks like a chunk of the funding went elsewhere. 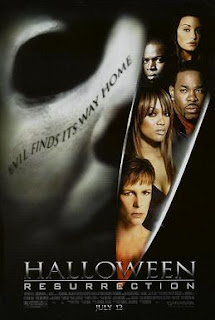 I ended with a re-watch of HALLOWEEN: RESURRECTION and I'm sure you're wondering why. Well I am too. I don't know, I felt like giving that one another watch. It still isn't good but I do think the plot is an interesting idea putting a bunch of people in the Myers house to spend Halloween night while it's being streamed live on the internet. Unbeknownst to them Michael has been living in the house living of of rats and pissed off that people are in his house. He goes on a basic killing spree until Busta Rhymes karate kicks his ass into the morgue. It's a bad Halloween movie and a pretty generic slasher film but for 2002 I think the set up and main idea is actually pretty damn good and innovative.