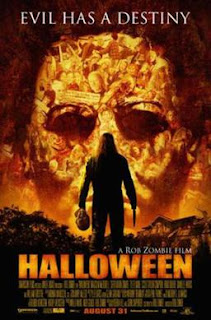 Screw the haters... I like Rob Zombie's HALLOWEEN. Remove your expectations of what a Halloween movie should be and who Michael Myers is and just enjoy this entertaining modern slasher. It's laughable at times, especially early on when the movie is in full blown white trash mode but it's pretty brutal, has good music and Ken Foree's Joe Grizzly character is great. It's cheap entertainment and I'm okay with it. 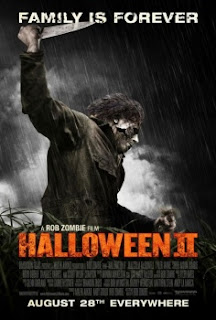 Revisiting Rob Zombie's Halloween 2 was an experience. I was a full on hater of the sequel. I thought it was absolute trash, a laughable attempt at being artistic. Abysmally bad. Inept. Shit. Puke. Well, maybe I was a bit harsh on it. It still ranks toward the bottom of the Halloween franchise for me but I appreciated what Rob Zombie was trying to do here. I actually liked his version of Dr. Loomis who says fuck it and tries to get rich off of the whole ordeal from the first movie. I like that Rob Zombie tried to do something different. I felt like I had to take a good hard look at myself in the mirror and admit that I didn't hate it. I still don't think it's great, and that the white horse shit just doesn't add anything to that entire part of the story but this may be the biggest turn around I've ever had in the 10 years I've been doing this challenge. From absolutely hating something to thinking it's okay. I never expected that to happen with this one. 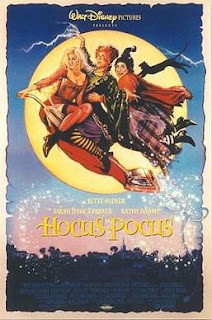 Despite being the target audience upon its release I had never seen more than a few minutes of HOCUS POCUS. This early 90s Disney flop has gained a cult following over the years with Disney even trying to turn it into Halloween's version of A Christmas Story with a continuous 24 hours marathon of the film. I can see why it has gained a following - it's cute and funny. It has some moments that younger kids would find spooky but not too scary. This is a fine movie to celebrate the season with but isn't top tier Disney. 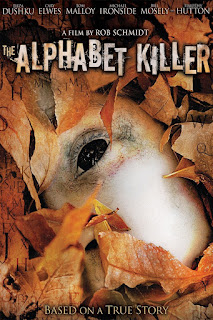 THE ALPHABET KILLER... more like the generic horror thriller... The ABCs of been there, done that.