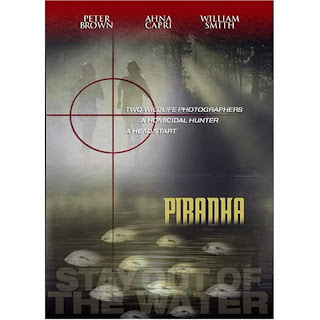 Movies with the same titles are not created equal. The Roger Corman produced Piranha of 1978 is a classic piece of Jawsploitation - that is the films that came in the decade or so following the massive success of Jaws that ripped it off. The PIRANHA from 1972 that was released a few years before Jaws is an absolute slog to get through and there's only a single scene of piranha mayhem. It has more to do with diamonds and photographs and a lame motorcycle race. I'll still with all of the post-Jaws Piranha movies from now on. 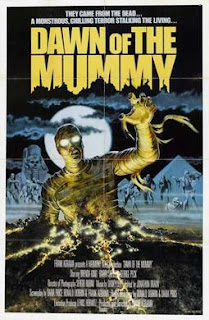 How is this not a bigger deal? It's a part of the video nasty scandal, it is gory as hell and mummies rule! It's like if Fulci made a mummy movie. This thing deserves the special edition Blu-ray treatment stat. The last 20 minutes are nothing but mummies running amok in a small Egyptian marketplace and ripping out guts and eating people and explosions. This movie is rad! 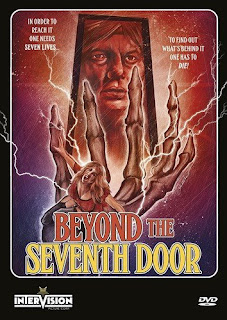 And bizarre bizarreness comes in the shape of a booby-trapped labyrinth in BEYOND THE SEVENTH DOOR, a low budget Canadian production that is like a city dump version of the sci-fi horror film Cube. There's virtually no on screen violence and just a bit of nudity but the film has that inexplicable ability to suck you in and leave your mouth hanging open at the ludicrous bullshit being thrown at you, often from lead actor Lazar Rockwood who would lose an audition for a leading man to a rotting redwood tree in any other universe. He's like Eastern Europe's body double for current day Mick Jagger but with worse line delivery. I love it so fucking much.