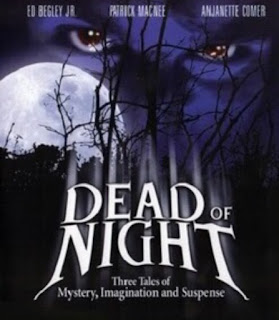 Day 14 had but a single viewing and it was further confused my opinion on Dan Curtis. He's very hit or miss with me and his made-for-TV anthology DEAD OF NIGHT is a miss. It's dull as pile of wet grass. 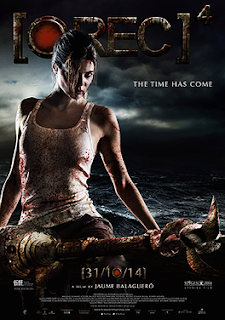 And we conclude the REC series with REC 4: APOCALYPSE. It gets a little wacky with some new twists in the story but the setting has now shifted to a ship where the military has set up a makeshift lab and hope to eliminate the virus with a new antidote. The infection spreads, and the tight confines of the ship make for fast virus transmissions. It's the most adrenaline driven of the series and remains bloody as fuck. I'm not a big fan of every decision they made with this one but I still think it is great. 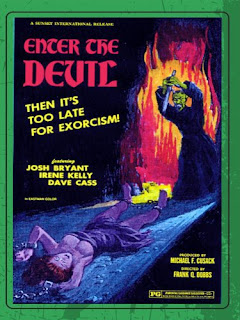 I'm pretty easy to please with Satanic horror from the 70s and ENTER THE DEVIL is proof of that. Honestly, not a whole hell of a lot happens in this one but give me some moody devil worshippers in their robes, doing some evil shit around a pentagram and chanting in a cave and I'm on board. It's human sacrifice, desert caves, beer drinking sheriffs and a Satanic cult from the 70s... this shit was just better back then. 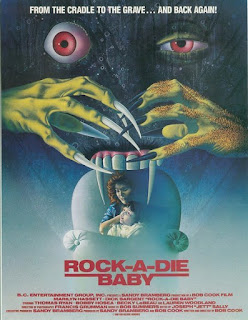 If Dan Curtis' Dead Of Night was boring well at least it made sense and had good production values. ROCK-A-DIE-BABY was a fucking mess. It starts with a shitty band in a shitty damp basement with their shitty agent who hires them to write a song for a shitty movie and they accept it so they can make a shitty video in a shitty cemetery that for some reason has a half naked chick hanging out with a giant tiger in it. Then it cuts to a mom telling her daughter inappropriate bedtime stories of a small platoon of soldiers in the Vietnam War who capture a naked woman hiding in a small village who turns out to be a vampire. Then there's some lameass story about a group of drunk teens who play a prank with a Ouija board and end up actually finding a spooky surprise. There may have been another story after that but I honestly don't even remember anymore. This is all cut up with scenes in that stupid cemetery of that band playing their shitty song.