The twentieth day of the challenge was reserved for a pair of Spaghetti Westerns I've wanted to see for a long time but never got around to them. They are both considered classics in the genre and are voted in the top 20 of the genre on the SW Database website.

First up is The Big Gundown. To put it simply this is great stuff, and deserving of it's place among the likes of The Man With No Name Trilogy and Django. Starring a couple staples of the genre in Lee Van Cleef and Tomas Milian in a great game of cat and mouse. Violence and a dash of comedy are handled with precision by writers Sergio Donatio and Sergio Sollima (who directed as well). The last 20 minutes of this are brilliant. Any fan of the genre will appreciate this one. 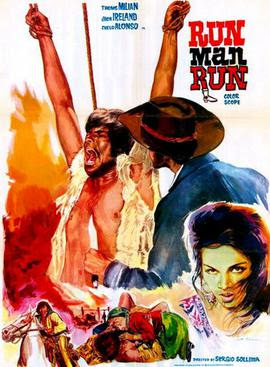 Run Man, Run was next and is a sequel to TBG. This one focuses on Tomas Milian's character and is a bit more heavy handed with the comedy bits which I feel doesn't work quite as well. That said, this one is also deserving of it's spot on the SWDB spot as the 20th best film in the genre, which is no joke. Directed again by Sergio Sollima the story flows fine and there is plenty of gunplay and fun. More good stuff. 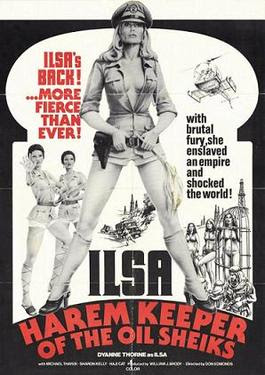 The next day was 4/20. I didn't get in anything related to smoking weed, I did get in something to go along with Hitler's birthday. Ilsa, Harem Keeper Of The Oil Sheiks. While technically not a nazisploitation film, Ilsa was a Nazi and is now working with middle eastern baddies. This movie is ridiculous. It's a little longer than need be but there is some incredibly over the top stuff going on. A big man being held prisoner has to fight two women who proceed to each grab a nut and rip it off. Ilsa tortures a woman with a vibrator weapon until her stomach explodes... CLIMAX! If you're into trashy, over the top sex and violence than this is for you.
Posted by Celluloid Terror (Seth Poulin) at 5:00 PM

The Big Gundown is definitely a classic that doesn't get mentioned as much when people talk about spaghetti westerns. I prefer the ones with the more political undertones and Sollima is always good for that.