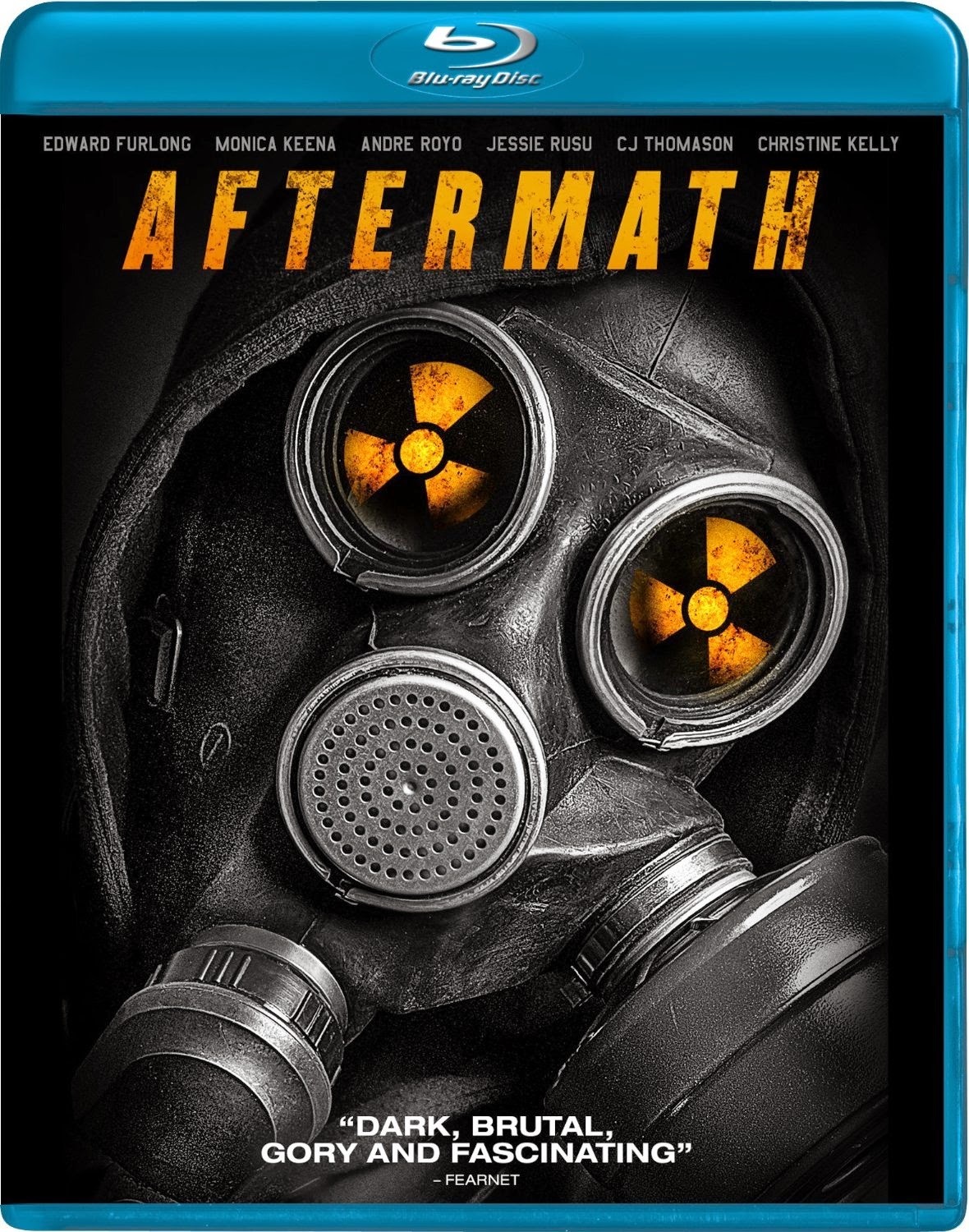 The Film
A group of survivors hole up in a basement in northern Texas after a series of nuclear explosions rock the breadth of the United States. The group tries to cover any openings into the cellar with dirt to protect themselves from radiation and being discovered by outsiders. As the drama and danger inside the cellar begins to swell the dangers infected outsiders discover their spot and want in. How much has this group of average people changed in just one month and how far will they go to survive?

AFTERMATH is a pretty decent post-nuke "zombie" type flick that focuses more on the survivors and their plight in their confined space than it does with the infected monsters and other threats outside the walls. There is a definite sense of claustrophobia to the film and the performances help convey that to us. Edward Furlong is surprisingly good, one of his better recent roles for sure. CJ Thomason hits his stride about halfway through the film and is rather good from that point after. I don't totally blame his performance earlier in the film as much of the first act is clunky and handled clumsily. While I'm a fan of the focus the film has a bit more action from the outsiders would have spiced things up a bit and made it more entertaining overall. That doesn't make a difference for the powerful ending both visually and emotionally which manages to pack quite a punch.

The Audio & Video
Image/RLJ deliver a rather nice looking Blu-ray with a 1.78:1 anamorphic widescreen transfer. Detail level is strong and skin tones are fleshy and natural. The film has a bit of a muted color palette which the Blu-ray handles well. The black levels are deep and don't suffer from any sort of blocking or compression issues and there is no noticeable edge enhancement or excessive DNR. The audio track is a DTS-HDMA 5.1 English track with no real issues to speak of. Levels are consistent and the mix job between dialogue and soundtrack is quite good.

The Bottom Line
AFTERMATH isn't perfect by any means but the good outweighs the bad enough for me to warrant a recommendation of a rental. It doesn't break new ground but it does a solid job on a time tested idea.