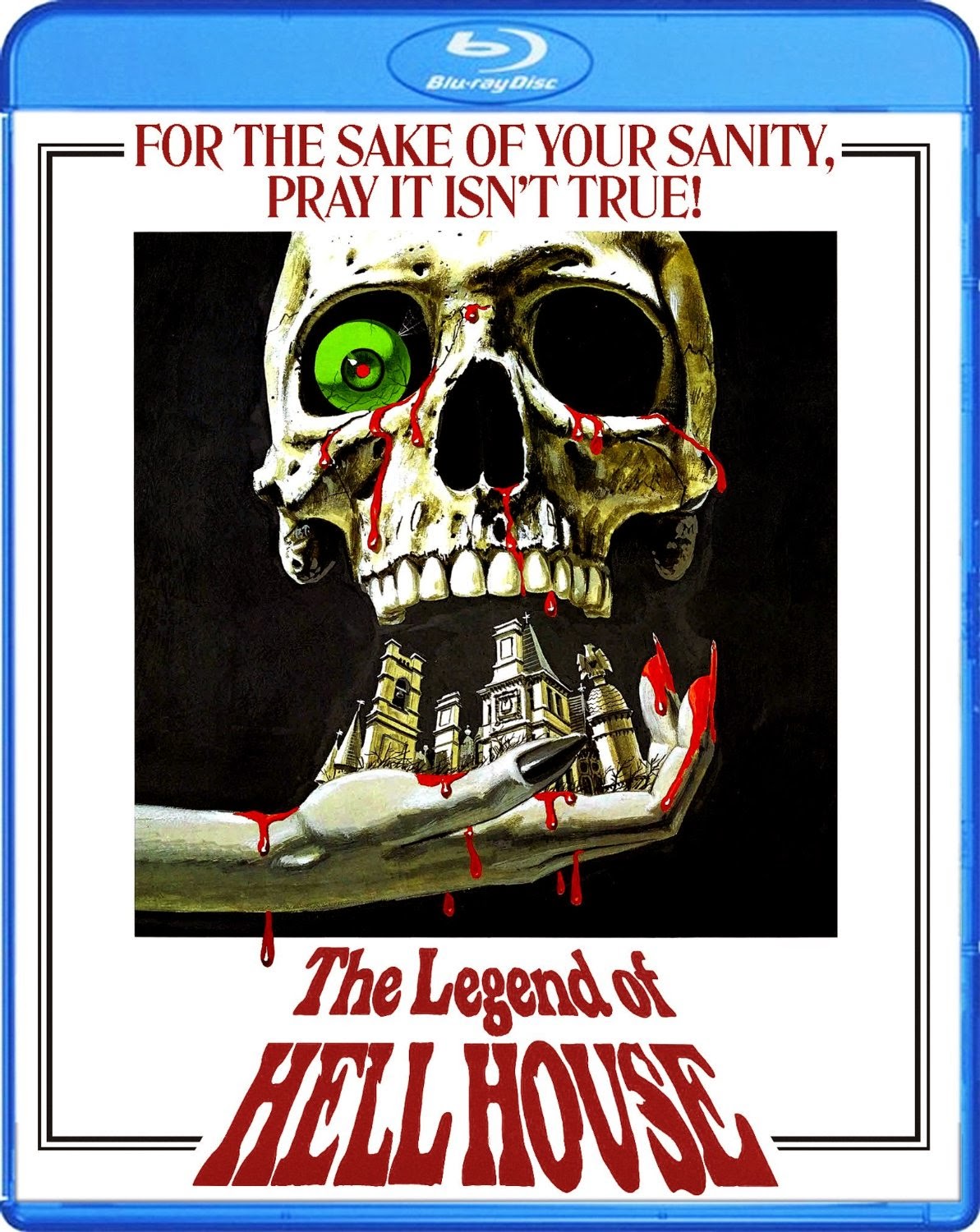 The Film
A team of psychics are contracted to spend a week isolated in Hell House to prove or disprove the theory of survival after death. The last time people entered the house was twenty years earlier and only one person, Ben Fischer (McDowall), left alive and with his sanity intact. Upon arriving at the house it becomes evident that there is a presence inhabiting the house that doesn't welcome anybody who challenges him. The team's week is spent being attacked, frightened and possessed in order to find the ghost of "The Roaring Giant" Emeric Belasco, a maniacal man who was known for depraved acts such as vampirism, bestiality and sadism while living, responsible for the deaths of nearly everyone who enters the walls of Hell House but will anybody be left alive to speak of their findings?

To put it simply, THE LEGEND OF HELL HOUSE is one of the finest haunted house movies ever made. Director John Hough, who considers this his best film and his personal favorite of his own work, tightly directs the cast led by the always fantastic Roddy McDowall. HELL HOUSE is filled with gorgeous antique set pieces that add an air of creepiness in a totally organic way. The special effects, all of which are practical, another point of pride for Hough, are brilliantly executed. They've been duplicated time and time again in films over the years but perhaps never with the skill or precision that they are in HELL HOUSE.

Despite its PG rating, HELL HOUSE speaks of rather nasty themes and doesn't shy away from showing the viewer some violent and extreme content. There are death scenes that are fairly brutal along with various ghostly attacks that would push the limits of a more strict rating in today's world. HELL HOUSE relies on the tension and suspense it creates to build a scary film, which it is totally successful at but it also shows some flash of the excess the horror genre is known for.

The Audio & Video
SCREAM FACTORY gives THE LEGEND OF HELL HOUSE its American Blu-ray debut with a nice looking and sounding disc. The 16x9 anamorphic widescreen transfer features a lot of nice detail in skin tones and on objects and textures. Colors are vivid without being rendered too hot. There is a nice grain structure to HELL HOUSE as well. There are intermittent scenes, usually in more dimly lit locations, that are a bit soft. These scenes don't look bad by any means and still feature elevated detail levels and an attractive look. The DTS-HD MA Mono track sounds as good as it will ever sound. There's no background noise, and music and dialogue compliment each other very well. It's a simple mix but sounds excellent.

The Bottom Line
Scream Factory has done great justice to one of the best haunted house films that has ever been made and if you're not familiar with it I highly recommend you go out and grab this release and if you're already a fan of the film I suggest you upgrade whatever previous release you may own as it surely pales in comparison to this new Blu-ray.

THE LEGEND OF HELL HOUSE is available HERE
Posted by Celluloid Terror (Seth Poulin) at 10:45 AM