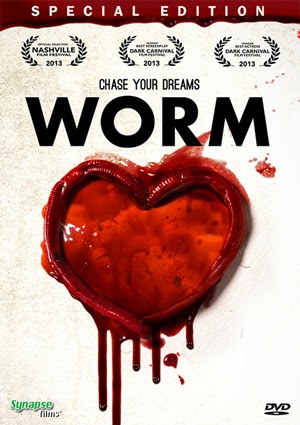 The Film
In a world where people have lost the ability to dream they turn to a new product called "Fantasites" for sleep aid and to stimulate their subconcious into creating dreams. Fantasites are genetically engineered worm parasites that you drop into your ear before bed. Fantasites are all the rage, they're expensive and can be delivered right to your door. Charles is an awkward man with little to no social life. He begins using Fantasites to bring some excitement and perhaps even confidence to his life to get closer to get the girl of his dreams. Things start to spiral out of control for Charles and his new friends and his love when the government bans Fantasites over health concerns and people seek the addictive drug through illegal underground means. Charles tries desperately to get away from Fantasites and save the love of his life. 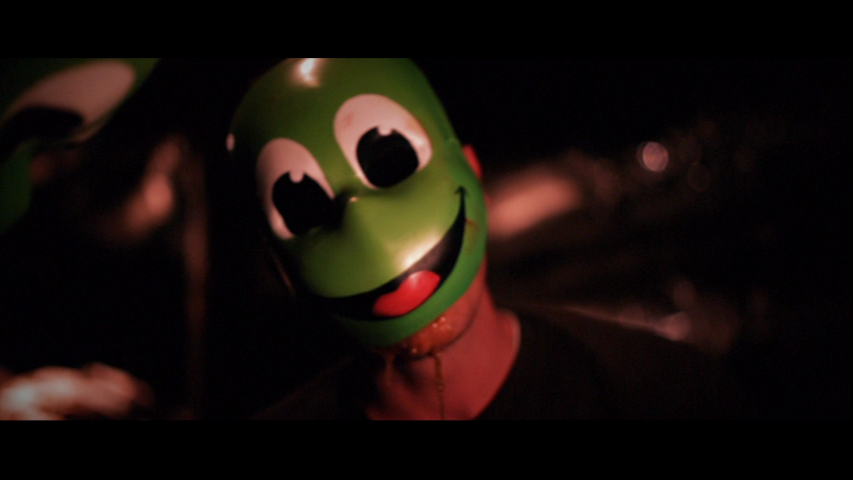 WORM is a movie I hadn't heard of until I saw that it was being released by Synapse. I went into this viewing of the film pretty much completely blind with no idea of what to expect other than my own ideas of what I thought the movie would be about. I don't think WORM would have been less impactful had I read a plot synopsis first but I'm glad I didn't. WORM touches on several social issues including addiciton, the widespread sale of untested drugs and genetically altered goods and even depression and the longing for companionship. The commentary is obvious but it never gets preachy which is the downfall of many films that include heavy doses of social commentary. WORM also works as straight entertainment as it strikes chords with several emotions. It is exciting and gross and at times funny and sad.

I'm on a streak of good luck with recent independently produced films lately and WORM is just the latest that I've enjoyed quite a bit. This is a film well worth your time.

The Audio & Video
There are few companies that can rival Synapse Films in terms of disc quality and they show it here, giving this indie sci-fi/horror film a nice presentation. The 2.35:1 anamorphic widescreen transfer is crisp and clean. The colors are lively while detail is good. The 2.0 Dolby Digital stereo mix is simplistic in design but works perfectly. There's no background noise or hissing, crackling or popping. It is a quality mix with dialogue and soundtrack levels complimenting each other. 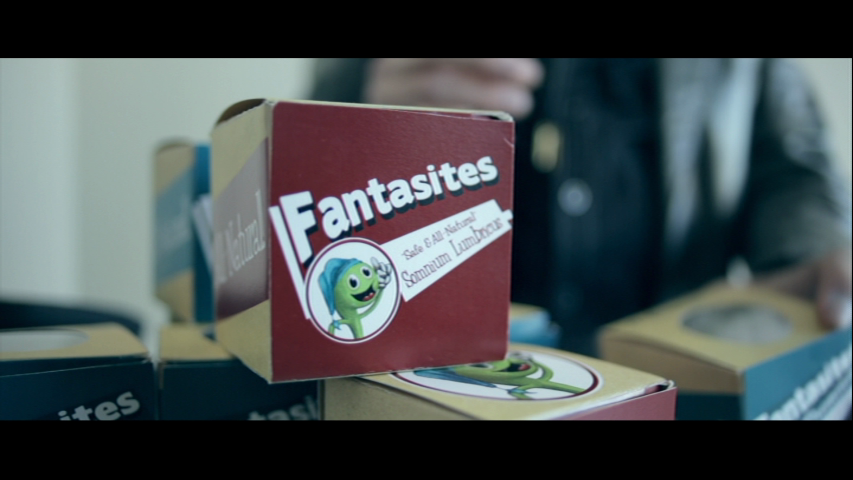 The Bottom Line
Synapse picked up this indie film upon seeing it and are delivering it to the masses and it deserves to be seen. Highly recommended!

Glad to see you dug this film, I also thought it was great!