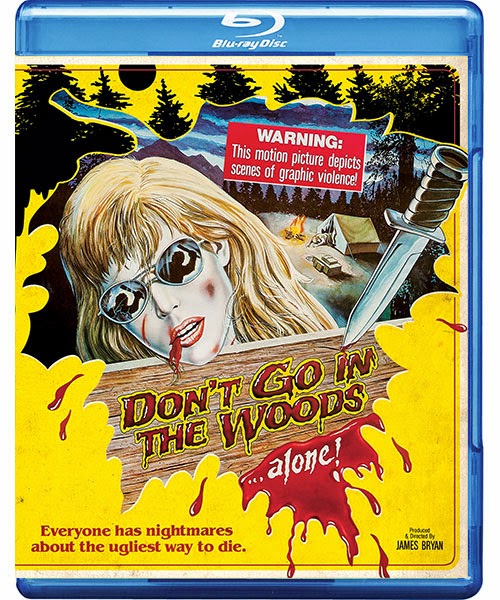 The Film
A group of four campers take a trip into the woods for a weekend of camping and fun. Little do they know a madman hunts the very woods that they've decided to take a trip to and dispatches anyone he comes across in extremely brutal fashion. A fun filled weekend turns into a fight for survival deep within the wilderness.

DON'T GO IN THE WOODS has a reputation as a particularly low budget independently produced splatter fest. It's inclusion on the Video Nasties list adds to the reputation surrounding the movie and that reputation pretty much sums up the film. DON'T GO IN THE WOODS is an incredibly fun 82 minutes of carnage and black humor. There's nothing else going on other than body parts and blood being tossed around and shit to laugh at. The acting is awful and didn't have anything to really work with as far as the writing goes and the direction is equally as bad. Somehow it all comes together for a fun romp in the woods. 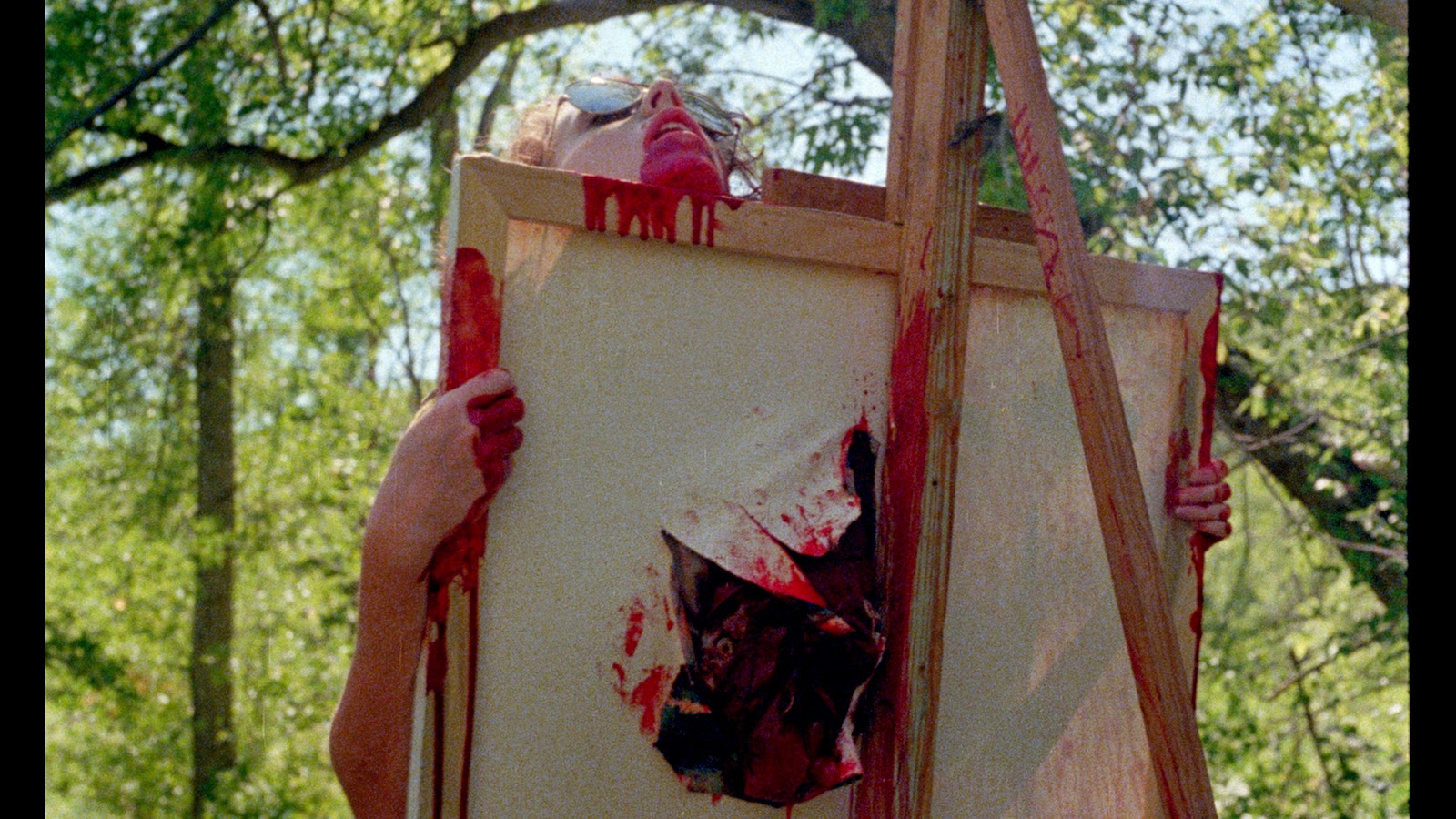 Come for the bloodshed and stay for the bloodshed is all I can really say. If you're not a slasher fan you'll probably want to skip DON'T GO IN THE WOODS but if you enjoy slasher films even a little bit I think you'll find a lot to like (for one reason or another) in DON'T GO IN THE WOODS. The killer looks like a cross between old WWF wrestlers The Berzerker and The Barbarian and carries around this giant furry stick thing and totally mauls everybody. It's pretty fucking great to be honest. The ending is satisfying and the credits feature this completely amazing little folky children's rhyme song. "Don't go out in the woods tonight, you probably will be thriller. Don't go out in the woods tonight, you probably will be killed..." Yup, it's bad, but in the most perfect way. I'd never seen DON'T GO IN THE WOODS prior this this disc entering my hands. Sure, I've been well aware of it but never tracked it down. This movie will probably be in high rotation in my life from now on.

The Audio & Video
Vinegar Syndrome has done a rather nice job restoring DON'T GO IN THE WOODS for this Blu-ray presentation. A 2K scan was done on the 35mm interpositive with nice results in the 1.85:1 anamorphic widescreen transfer. The colors of the forest are lush and lively while the blood reds are warm without being pumped up artificially to pop off the screen. The transfer has some speckling and scratches but has no serious damage. Skin tones are fleshy and natural with no signs of waxiness from too much digital scrubbing. A DTS-HD mono track handles the English audio. The track is clean and crisp and I didn't notice any excessive background noise or damage such as crackling, popping or
other annoyances. 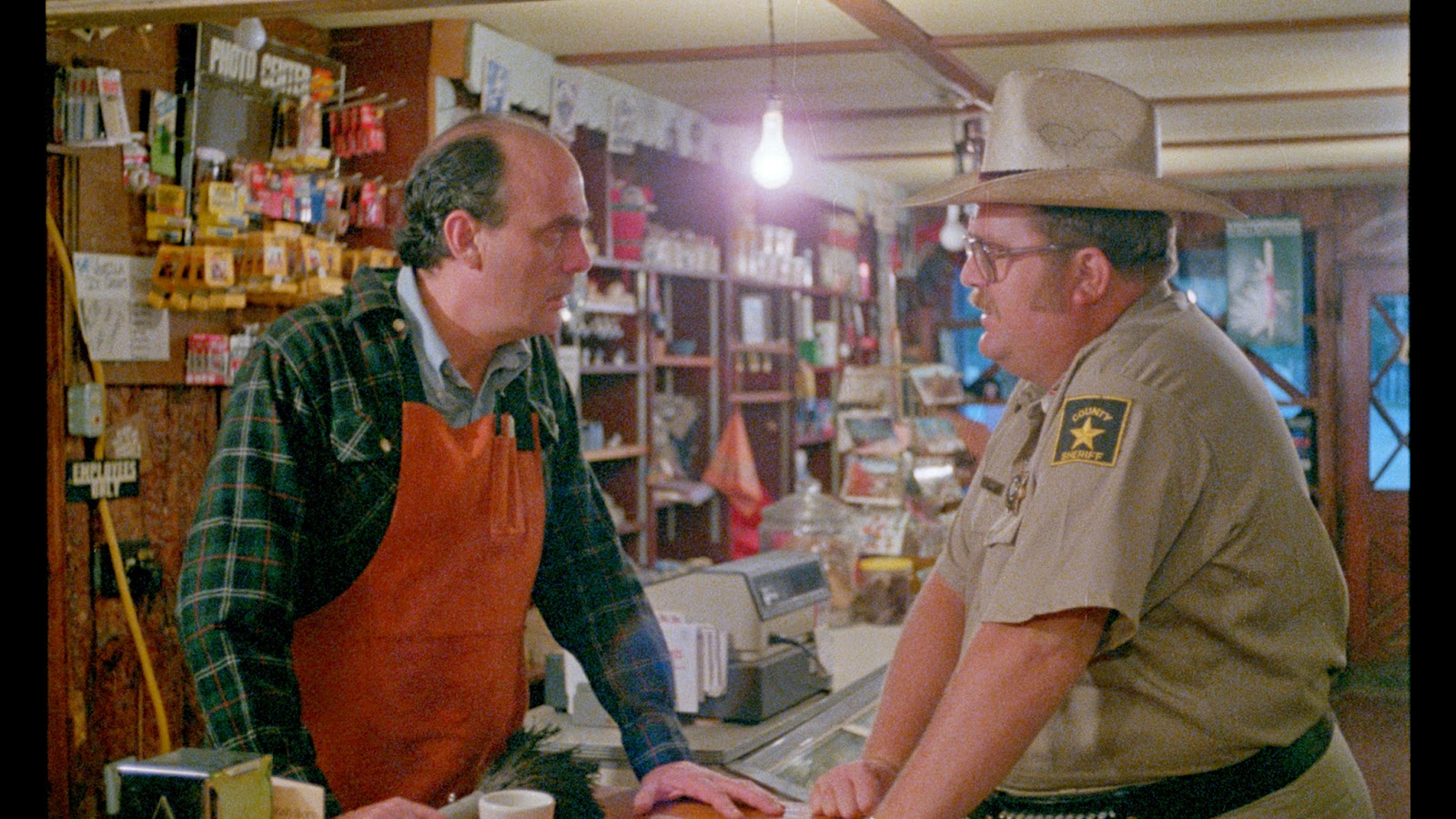 The Extras
Don't go into the extras... alone! (Because there's a lot of them!) 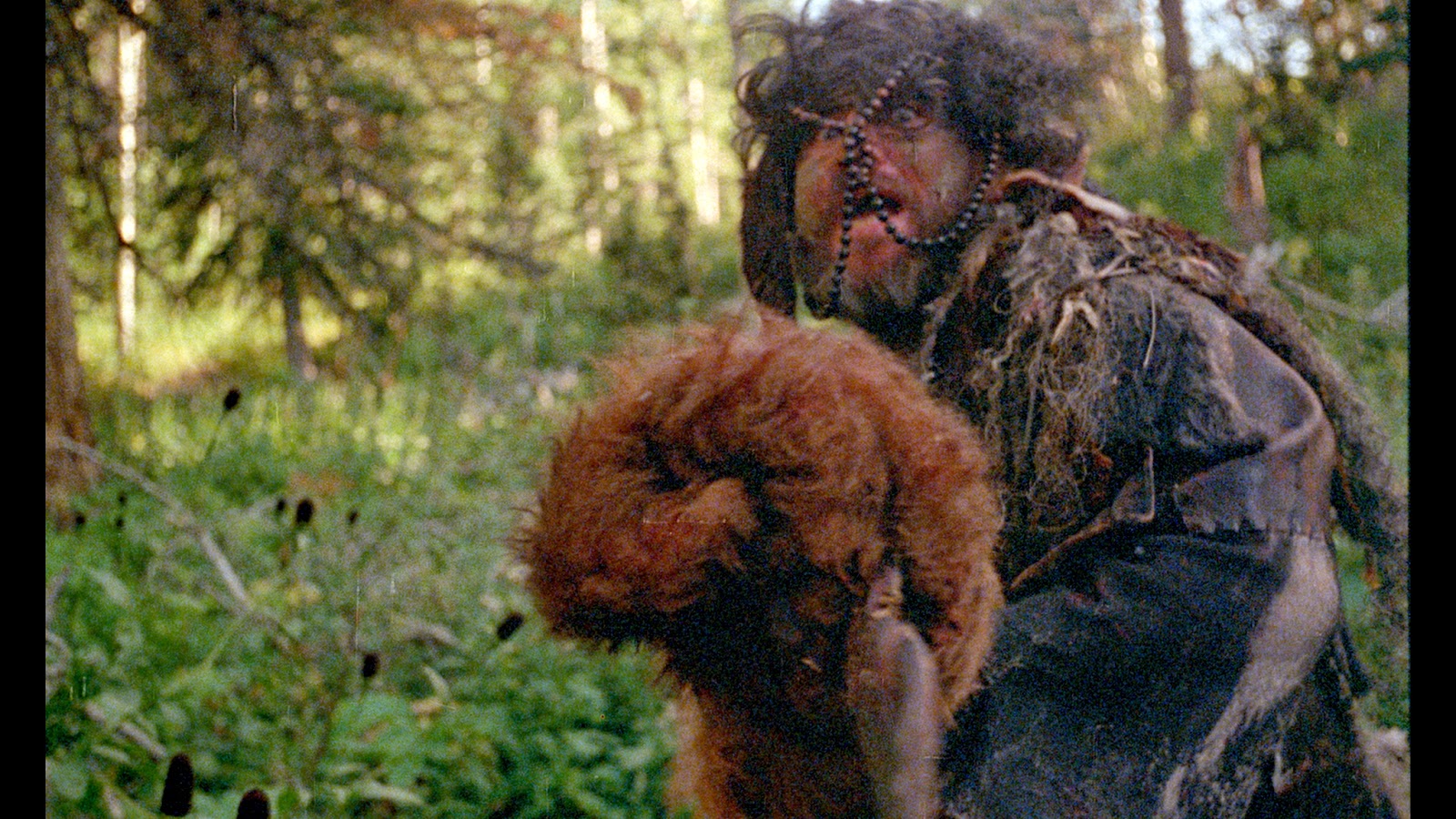 The Bottom Line
Another Video Nasty makes its way to Blu-ray and Vinegar Syndrome has knocked it out of the park as they tend to do. The movie is a blast and this release is as good as it gets.

DON'T GO IN THE WOODS is available HERE
Posted by Celluloid Terror (Seth Poulin) at 2:06 PM