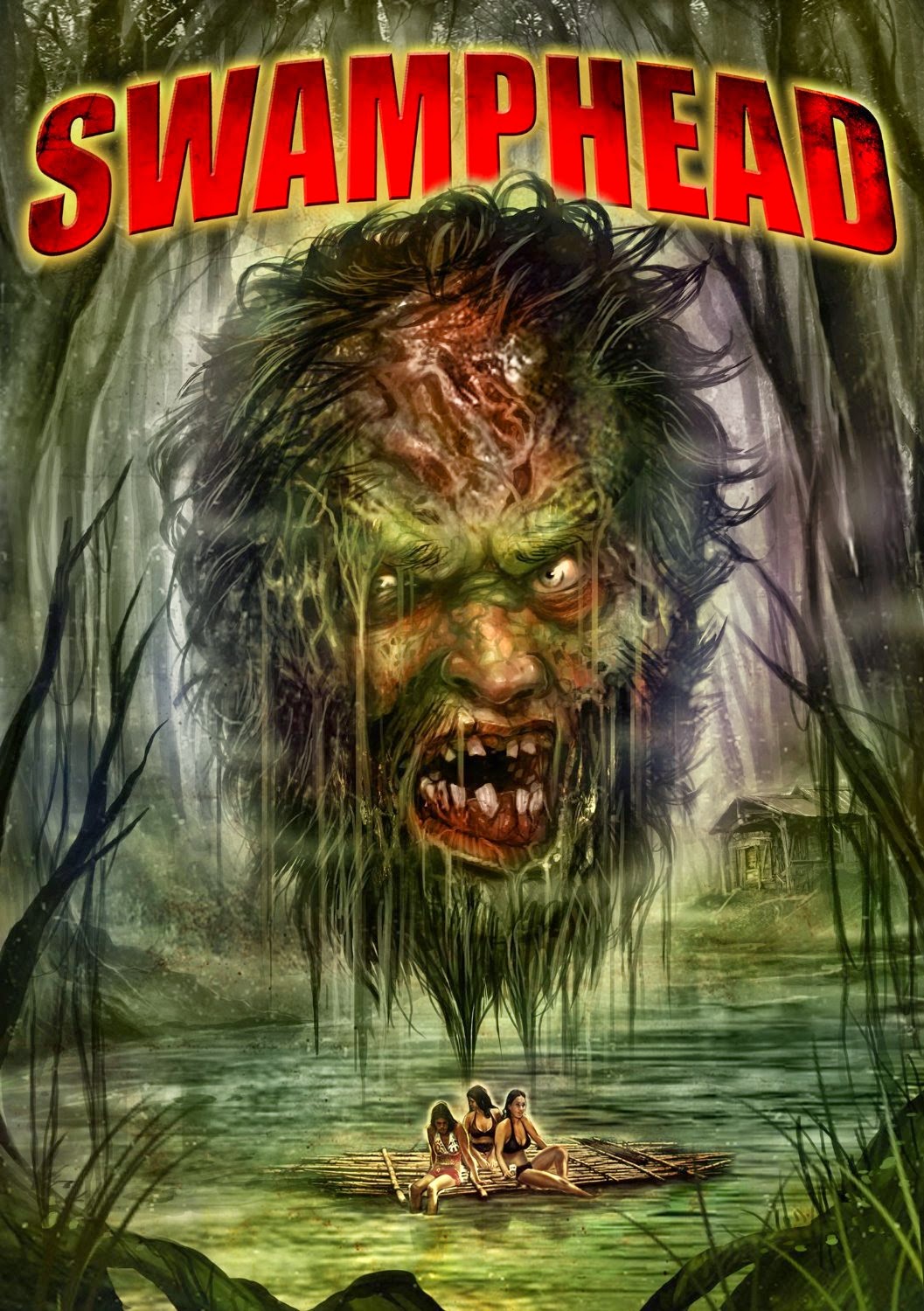 The Film
I love SWAMPHEAD. I now own two different releases including this DVD and a previous limited DVD/VHS combo pack. I first saw the movie on a pre-release screening one Saturday night on the website Infini-Tropolis back in 2011. Since that night I've been in love with this over the top, cheese fest of epic proportions.

The film revolves around an ancient severed head that has recently been released from its resting place in the swamp. This evil head terrorizes a small town, including a party, and our main group of characters who are camping in the woods for the weekend. Only a special dagger can stop the severed head from creating more bloody carnage. 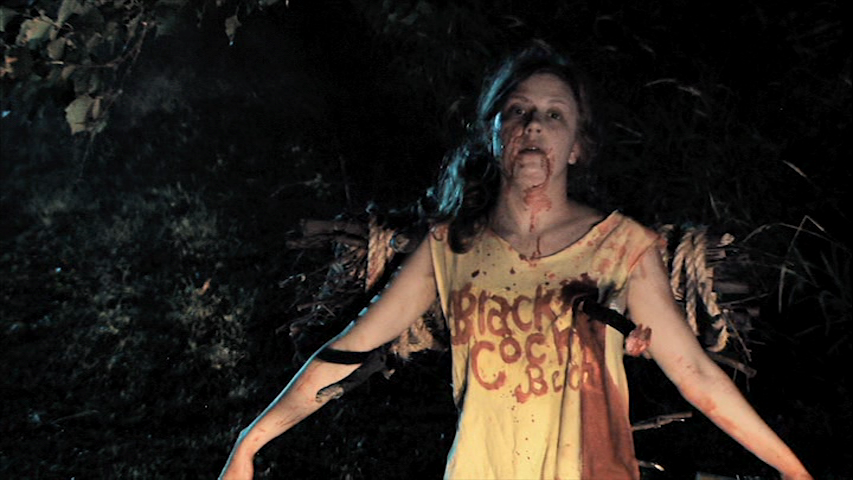 SWAMPHEAD is a brilliant blend of raunchy humor, gore, the energy and spirit of Troma and a DIY independent attitude. This is indie horror at its best and most creative. Despite its obvious low budget the production is never held back from accomplishing what it wants to do. That is the true spirit of indie film. I can't stress enough how much fucking fun SWAMPHEAD is. It's full of stupid shit (literally) and one liners and gore and a dancing robot. Jose Canseco is still somebody in the world of SWAMPHEAD and you'll never be quite the same after watching this one.

The Audio & Video
Wild Eye Releasing gives SWAMPHEAD a proper home on DVD that looks and sounds slightly better than the previous limited DVD release the film received. There's a clean widescreen transfer that features decent colors (the entire film has a bit of a dreary appearance) that look good for this movie. There's no scratches or damage to the source material and overall appearance is nice. The audio is the better improvement of the two, giving a quality stereo mix that nicely blends dialogue and soundtrack. There's no popping, crackling or other annoying damage. 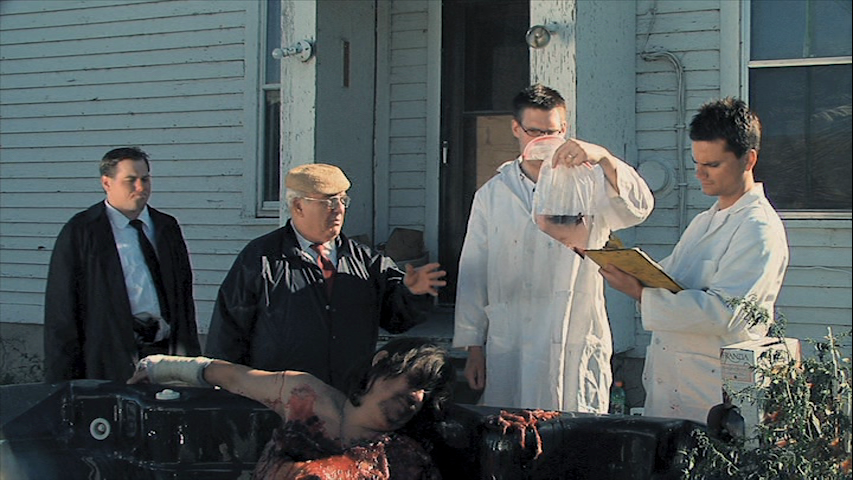 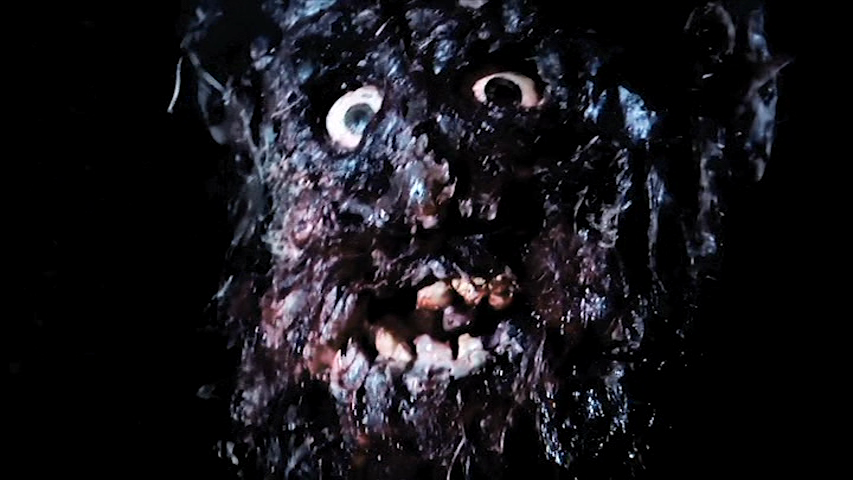