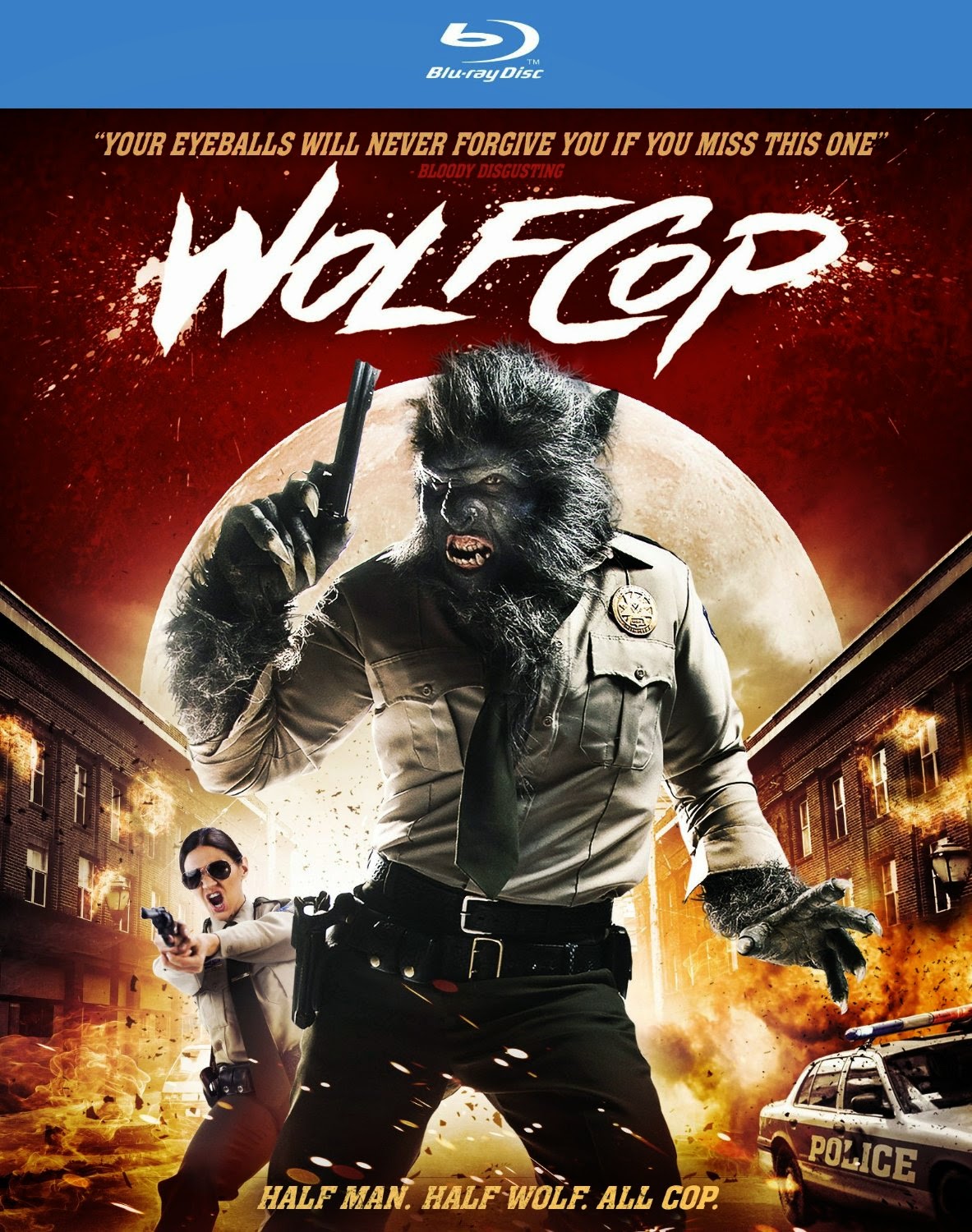 The Film
Lou Garou is a small town cop who puts far more effort into swilling booze than anything resembling solving a crime gets dispatched to investigate a reported disturbance in the woods at the edge of town when he's attacked. Garou wakes up in his bed with little memory of what happened but has a pentagram carved in his chest and finds that his sense of smell and hearing have been increased. At the turn of the full moon it becomes perfectly clear that Garou has been transformed into a werewolf and now with supernatural power fueled by his love for drinking, he will uncover the centuries old dirty secrets hidden beneath the surface of the town.

Think about a werewolf cop taking down meth labs, battling supernatural forces, drinking booze and blowing shit up. Yes, WOLFCOP is as awesome as it sounds. Everything about this movie is fucking great. The direction from Lowell Dean who also wrote the film, is great. It is skilled and packed full of energy. Dean's script is genuinely funny and exciting without having to force its hand at anything. The cast is great and have a natural chemistry that adds a level of believability and credibility to the movie.

Let's get down to it though... In a movie called WOLFCOP what the viewers care about is the action, the creature makeup and the horror. There's plenty of it. The wolf design is a blend of classic horror ala Lon Chaney Jr. and what Wolverine might look like if he was a wolf. I love it. This movie could have cheaped out and went with CGI effects, luckily for us they didn't. The practical effects including plenty of blood squirting, limbs being ripped off, a werewolf transformation scene and explosions are all brilliantly executed. The barn explosion is done with a miniature but I couldn't tell that until watching the special feature. That is the sign of a skillfully done effects.

WOLFCOP moves at a blistering pace from start to finish, cramming in 2 hours worth of action into about 80 minutes and you'll barely have a chance to catch your breath. This has instantly become one of my favorite movies of the last five years and is fully deserving of all the praise it has received.

The Audio & Video
Image/RLJ Entertainment give WOLFCOP a beautiful full HD 1080p transfer with an anamorphic widescreen (1.78:1) aspect ratio. The picture is sharp and clean, free of any damage. Colors are vivid while black levels are deep and inky without any pixelation or blocking up. The English audio is handled with a 5.1 DTS-HD Master Audio track and sounds beautiful. The sound is crisp and clear with no distractions or damage.

The Extras
A bountiful selection of extras have been included....

The Bottom Line
Run, don't walk, to the store to pick up your copy of WOLFCOP and pick up some booze while you're out. And while you're at it get some donuts too. Then you'll be ready.