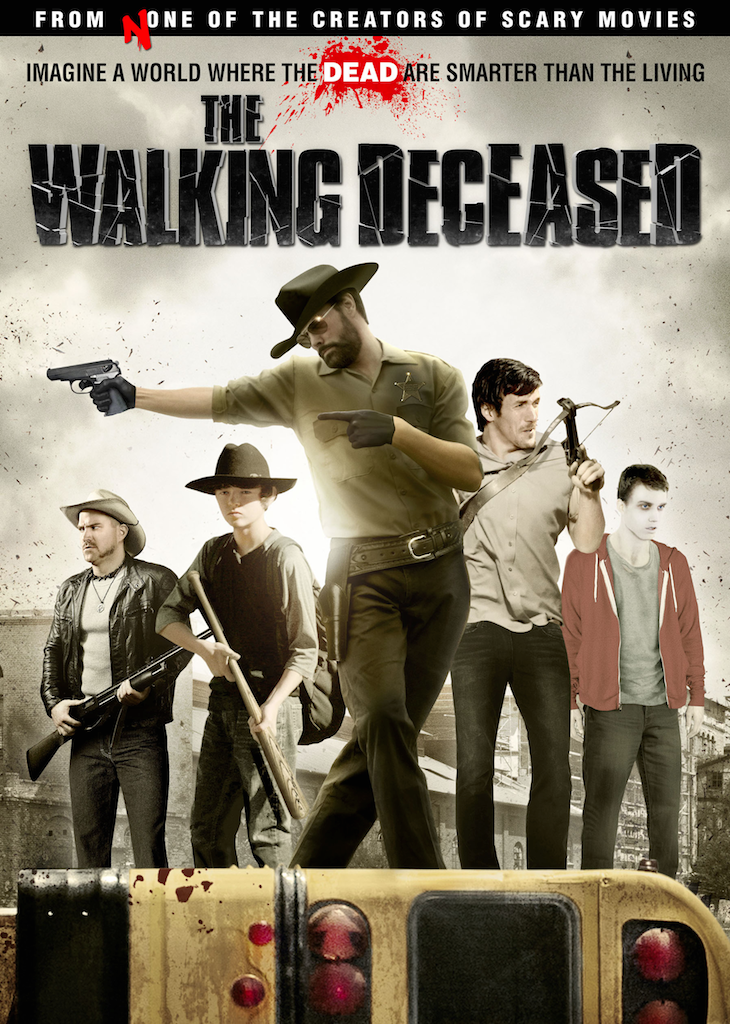 Zombies are the hot thing right now for better or worse. The only thing that has infiltrated all corners of pop culture like zombies have in recent years is bacon. I'm a fan of both of those things but it has gotten out of hand and is really annoying at times. Bacon this, zombie that. Part of the mainstream popularity of zombies, a large part, is thanks to The Walking Dead television show based on the comic books. The Walking Dead has found its way from prime time television, to merchandise all over mega chain store shelves and moms bringing their little children to horror conventions to spend tons of dough meeting the cast of the television series while putting their noses up at real horror fans. It was only a matter of time before it was spoofed.

THE WALKING DECEASED follows a rough track and timeline of The Walking Dead from Sheriff Rick waking up from a coma in the hospital to find the world in the midst of a zombie apocalypse. He finds his son and bans together with a group of other survivors and make their way to a farm for refuge hoping to survive long enough for a cure to be found.

THE WALKING DECEASED plays out as a giant pop culture reference filled with internet meme humor. Besides the AMC series other zombie references include Zombieland, Shaun Of The Dead and George Romero's classics. The pacing is fine with some genuinely funny moments but too often there's lulls in the action and moments where the humor falls flat. Some jokes are repeated too many times but overall the cast is capable of carrying the movie to be more entertaining than not and there is a pretty good chemistry between them to keep an organic feeling when it is necessary.

THE WALKING DECEASED likely won't become a cult classic of zombie comedy but it isn't all bad. It's a breezy watch clocking in at under 90 minutes and there's enough to like about the whole thing to get you passed the less funny moments.
Posted by Celluloid Terror (Seth Poulin) at 4:28 PM