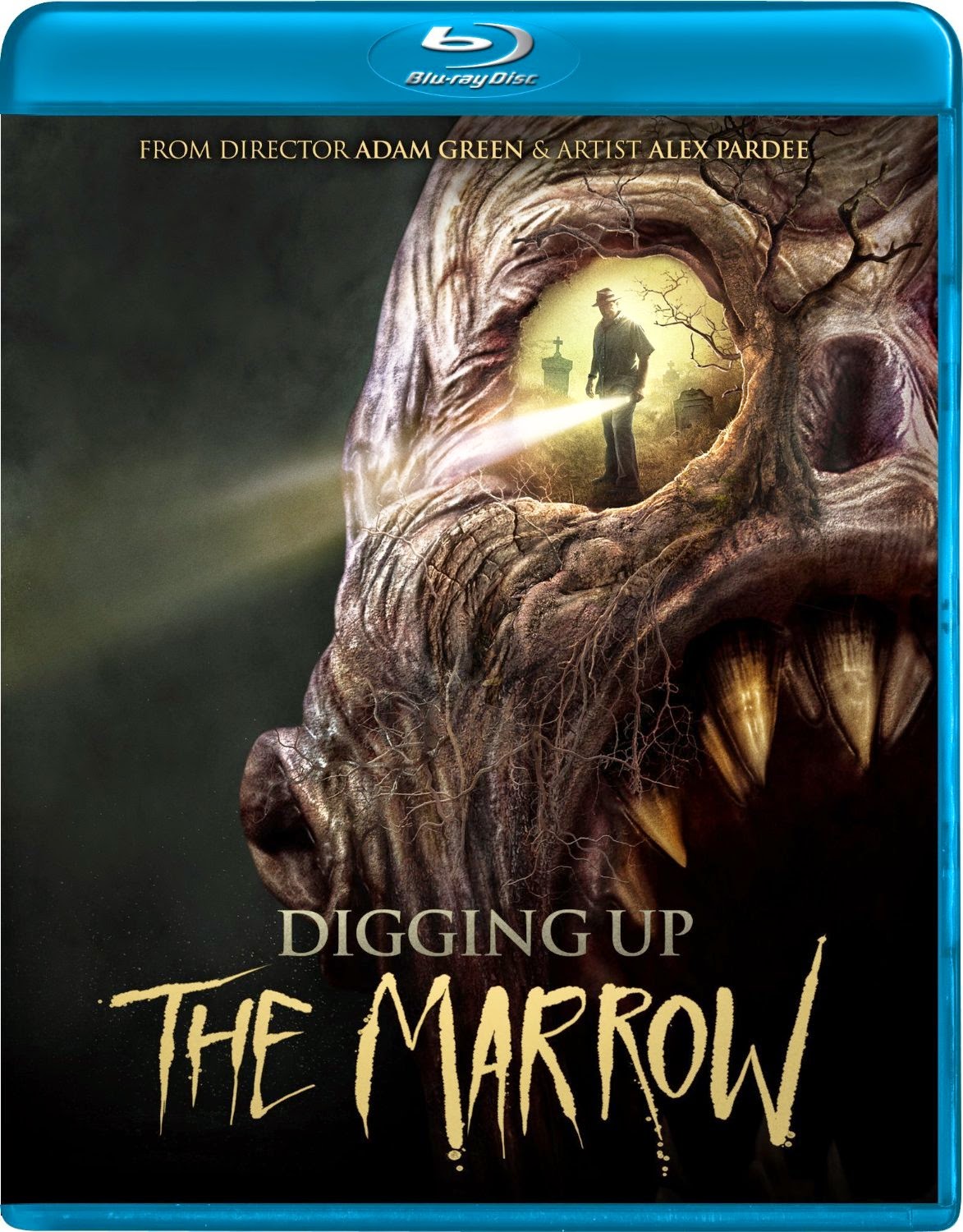 The Film
DIGGIN UP THE MARROW is presented as a documentary in the making, following real life film makers Adam Green and Will Barratt as they follow a man named William Dekker (Ray Wise) who believes he has found entrances to "The Marrow" an underground system of cities where real life monsters live.

Just last month I reviewed the film itself, which I loved and there's nothing I can say here that I didn't already say at length previously. So check out THIS review to find out more about the film itself. I will add that DIGGING UP THE MARROW movie absolutely holds up to a second viewing.

The Audio & Video
Image/RLJ have done a stellar job releasing DIGGING UP THE MARROW on Blu-ray. The image on the anamorphic widescreen 1.78:1 is sharp and clear. Detail level is high with flesh tones looking healthy and natural. The numerous dark scenes handle the black levels beautifully with no blocking or compression issues. The DTS-HD audio track is crystal clear though there's not a ton in the way of sound design that just shows how nicely recorded and mixed the audio is.

The Extras
-Audio commentary with Adam Green, Ray Wise, Will Barratt and Alex Pardee
-Deleted and extended scenes with introduction from Adam Green
-Monsters Of The Marrow - a half hour featurette about bringing the art of Alex Pardee to life for the movie
-Trailer

The Bottom Line
DIGGING UP THE MARROW is one of my favorite genre movies of the last few years and I can already tell you that I fully expect it to be a strong contender for my "best of 2015" list at the end of the year.

DIGGING UP THE MARROW is available HERE
Posted by Celluloid Terror (Seth Poulin) at 2:36 PM