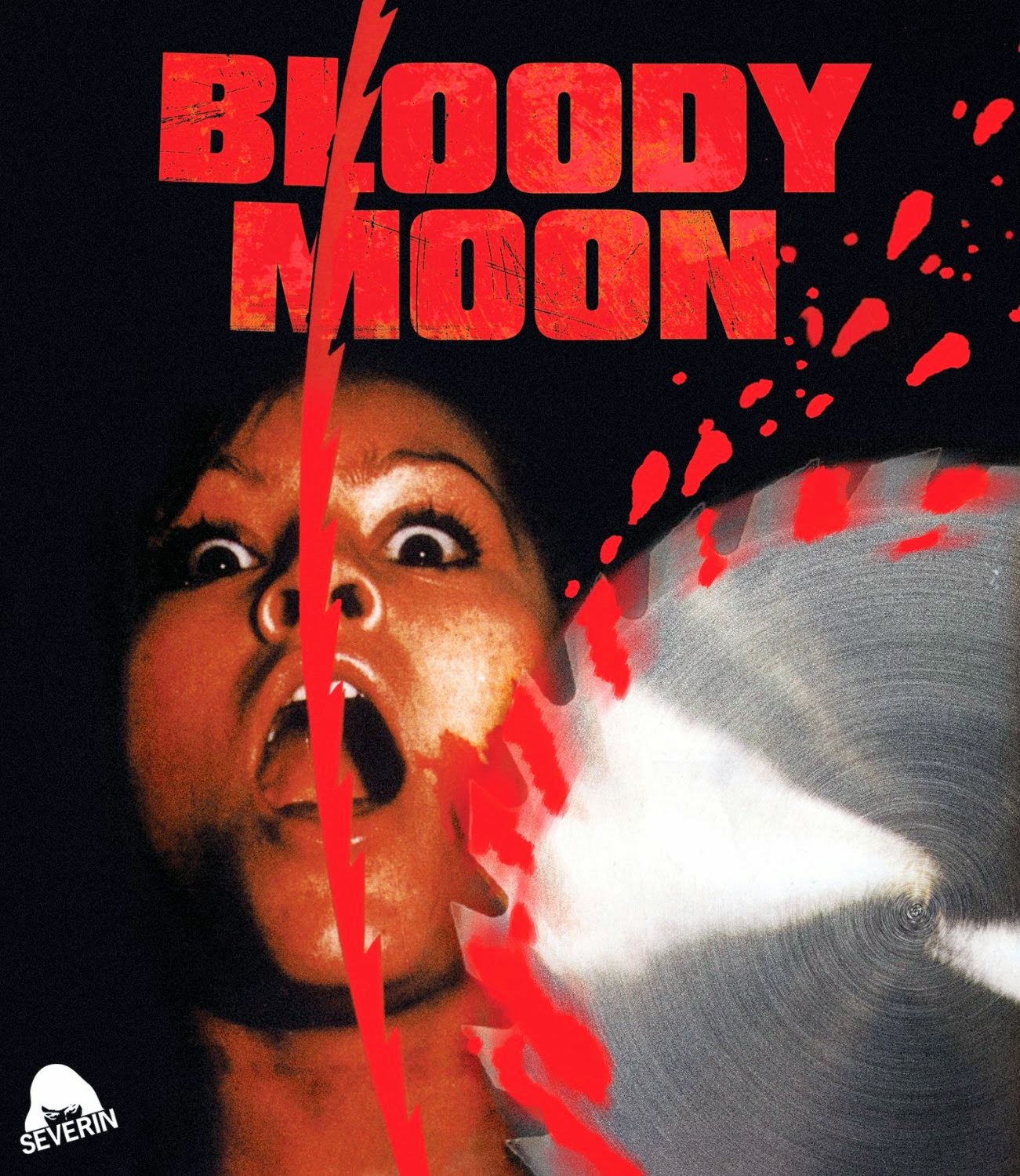 The Film
Five years ago Miguel, a man with a disfigured face, went on a rampage at a pool party. Raping a woman and killing her in brutal fashion. Having been institutionalized and deemed reformed, Manuel has been released to the care of his sister Manuela who, along with their wheelchair bound mother, run a boarding school for young women. Shortly after opening day the bodies start piling up and Miguel is at the center of the suspicion.

BLOODY MOON isn't much in the way of art. No, Jess Franco had nothing of the sort on his mind with this slasher film that even tries its hand at adding in some qualities of the giallo film. This is purely a horror film with slicing and dicing on the brain. There are a couple of elaborate gore set pieces, the biggest and best also being the most memorable part of the film involves a giant stone mill saw. There's also plenty of sleaze here with an entire incestuous subplot. BLOODY MOON is a simple film that is trashy, gory and fun and stands up to repeated viewings.

The Audio & Video
Severin Films has done a great job restoring BLOODY MOON for Blu-ray. The video quality is quite good with natural colors and an overall strong picture quality. There's little in the way of dirt or debris. The English mono HD audio track sounds good as well. There's no background noise and the mix is spot on. Levels are steady and don't jump.

The Bottom Line
Franco's take on the slasher film is entertaining and trashy. Exactly what you'd expect from the Spanish-French director making a body count film. Gory and trashy. This disc is definitely worth a look.