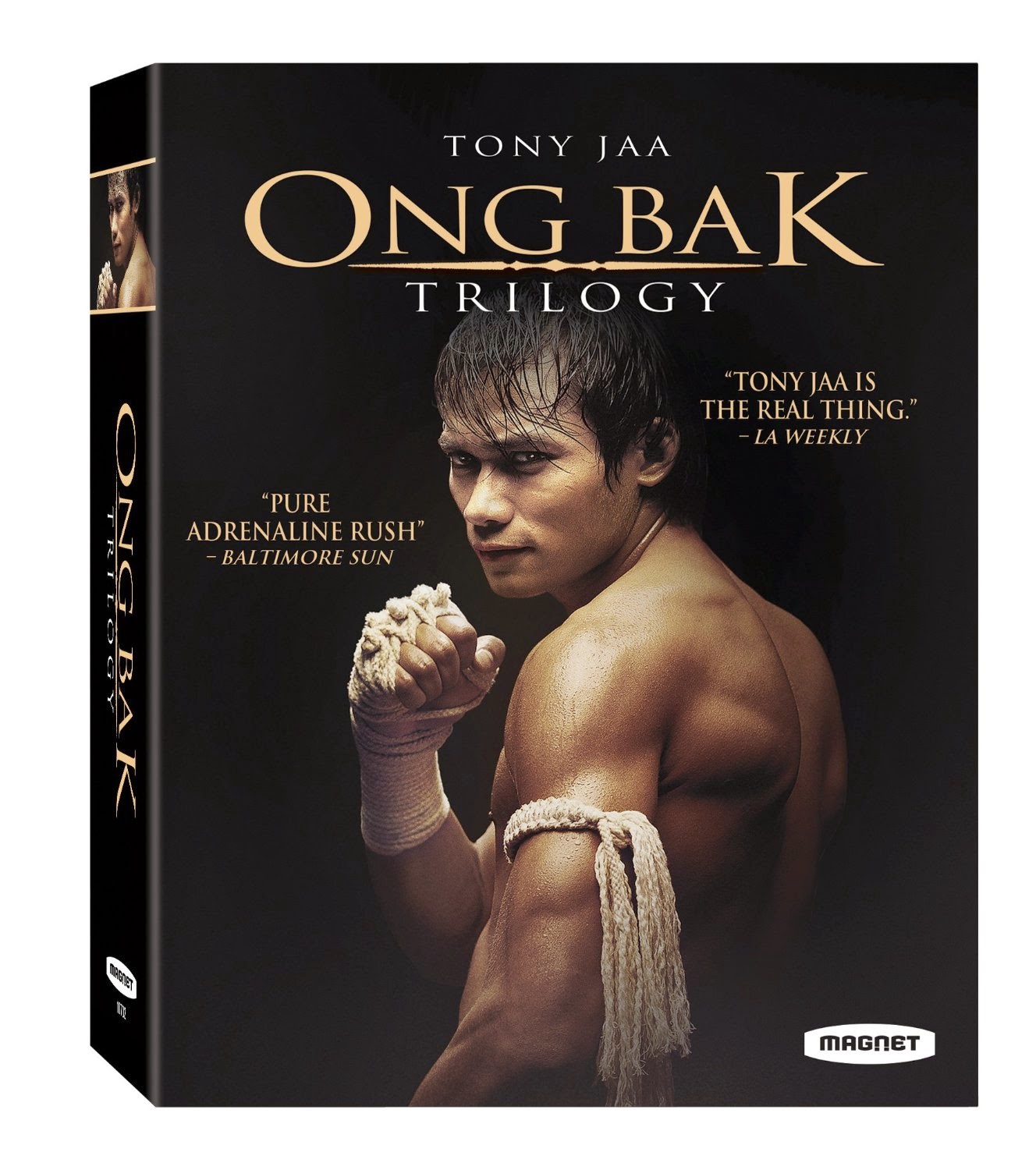 
The Films
The first ONG BAK movie is little more than a showcase for Tony Jaa. Jaa is a talented fighter from a small village and has been sent to the city to recover the stolen head from a sacred Buddha statue. This turns into one fight scene after another with the odd chase thrown in for good measure. The fights are well choreographed and certainly make for an entertaining time. There's even a bit of family heartache and drama thrown in for good measure. ONG BAK just doesn't have enough substance to be considered great. Yes it is filled with action but many of the early fight scenes are so similar in tone and content that they become a bit of a bore. Luckily some fresh air blows over the film and the best fights are in the second half of the film which make ONG BAK worth a single viewing for martial arts enthusiasts.

ONG BAK 2 is a prequel of sorts, in name only. Tony Jaa again stars in this jungle action adventure period flick set centuries ago. Jaa is a young warrior, on his way to becoming leader after learning all there is to learn of the martial arts including both the "dancing" and "weapon" arts. This film is far more entertaining and prettier to look at than the original film. And while it certainly isn't a great screenplay, it does have better writing than the first which was essentially a string of fights inconsequential to the story. ONG BAK 2 is an improvement over the first but I still don't see how this series has earned cult classic status.

The final chapter in the ONG BAK trilogy picks up right where part two leaves off and adds a healthy dose of fantasy to the mix. There's much more of the same in the way of awesome fight scenes which are bloody and brutal and rather colorful and eye catching sets and costumes. The ONG BAK sequels are definitely attractive looking features. This entry features a "son of..." type story but pretty much treads the same waters that part 2 did.

Audio & Video
ONG BAK looks fairly rough on its Blu-ray from Magnet Releasing. The film has a naturally bland color palette and the original photography on the film seems quite soft which doesn't help things. The picture is overly grainy and detail level could be much better. The Thai audio track is a 5.1 DTS-HDMA track but fails to take advantage of its capabilities. Levels are good but the mix sounds thin. English subtitles were fine.

Part two looks far superior thankfully. Detail level is strong in textures and skin tones which are healthy and natural. The picture is sharp and has a nice clarity to it which allows the much better looking photography and more vivid colors to shine.  I chose the English dub track for this film and while the dubbing sounded a corny at times the audio quality itself was quite good. Again the tracks are 5.1 DTS-HDMA and this time the track sounds much fuller. The mix is excellent and levels are steady. This is a big step up over the first disc in the set.

And as part 3 and part 2 were similar in story they're nearly identical in technical presentation. The specs are the same and the A/V qualities are equally successful. Colors are vivid and pop just enough when needed and texture and detail is strong. The sequels in this franchise almost look like comic books in motion in the best way. The English dub track again sounds excellent and is handled brilliantly. No reason to complain.

The Bottom Line
The ONG BAK trilogy has been heralded for Tony Jaa's incredible martial arts prowess and the brutal fight scenes. These are the only reasons to check out these films as the stories are largely lacking and in the case of the first film, nearly non-existant. That said, the fight scenes are certainly reason enough to give these films a chance. The ONG BAK trilogy isn't amazing by any stretch of the imagination but damn those fight scenes are fun.

If only his manager/agent would harness his acting skills a bit he could really become a huge martial arts action star. His fight scenes are fantastic, but if they were mixed with a great acting performances it would really elevate his career.

I don't disagree at all