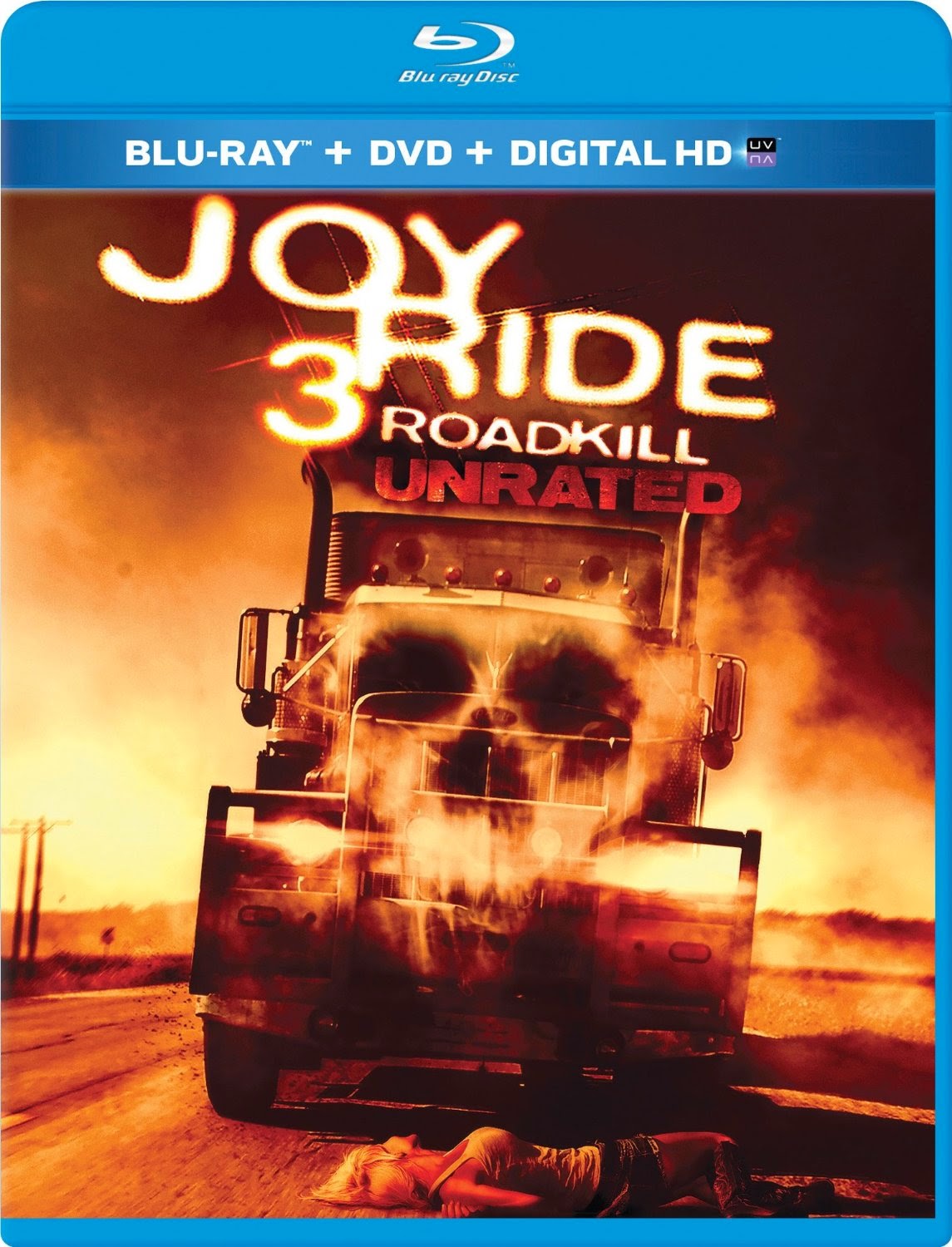 The Film
A group of street racers on their way to a race in Canada act like dickheads to the wrong trucker along an isolated stretch of highway known as "Slaughter Alley". The stretch of highway earned its ominous nickname after a serious of particularly brutal murders happened and the lack of police presence to stop it. The trucker, known only by his CB handle "Rusty Nails" immediately shows that he is not one to be fucked with when he runs one of their cars off the road. Unfortunately for the racing team their troubles with Rusty are just getting started as he has some rather nasty plans for them including kidnapping and murdering them. 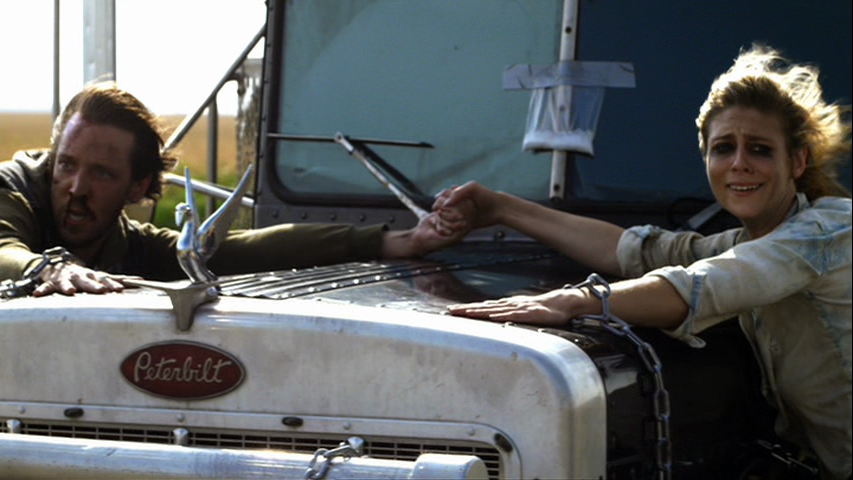 Declan O'Brien who is probably best known for his work writing and directing crappy sequels such as Wrong Turn 4 and 5 and The Marine 3. Okay, to be honest I've never seen The Marine 3 (or 1 or 2 for that matter) but anything starring Mike "The Miz" Mizanin is bound to be a complete and utter waste of time, money and energy so I called it out. While O'Brien's direction on JOY RIDE 3 is nothing outstanding he at least took a minor step forward in being part of a movie that isn't complete dreck. JOY RIDE 3 is part of a series that started off mediocre, apparently got piss poor immediately with part 2 and came back to be more mediocrity with this most recent chapter. The story is something you've seen a million times- the bad guy gets harrassed by a bunch of totally unlikeable douche bags and kills them off in various violent ways. That is one thing JOY RIDE 3 has going for it, it is a very gory affair. Gore hounds will eat this shit up for no other reason than the blood and guts that fly around in spades.

The problem with JOY RIDE 3, and it is a problem that I've seen becoming more and more prominent in recent horror films is that there is nobody to cheer for. The throw away characters at the beginning are meth head trash and the racing team is full of assholes. Yeah, there's one or two of them who try not to be but they're nothing less than the guy who carries through with a murder while saying "we shouldn't do this". Maybe their heart is in the right place but they're still associating themselves with assholes. Rusty Nails is played by Ken Kirzinger (Freddy vs Jason) who is about as exciting as watching paint dry and isn't all that creepy on the CB radio which is one thing the original had going for it. If you're a fan of the earlier entries in the series or if you watch horror for the gore factor JOY RIDE 3 is worth checking out.

The Audio & Video
The Blu-ray from Fox looks very nice. The 1.78:1 anamorphic widescreen transfer is very sharp and clean. Detail level is high and colors are vibrant and strong. Skin tones are natural and fleshy without the waxy look that overuse of DNR causes. There was no edge enhancement noticeable. The DTS-HD audio sounds great. The mix is excellent and levels are stable. There were no hiccups or background noise. 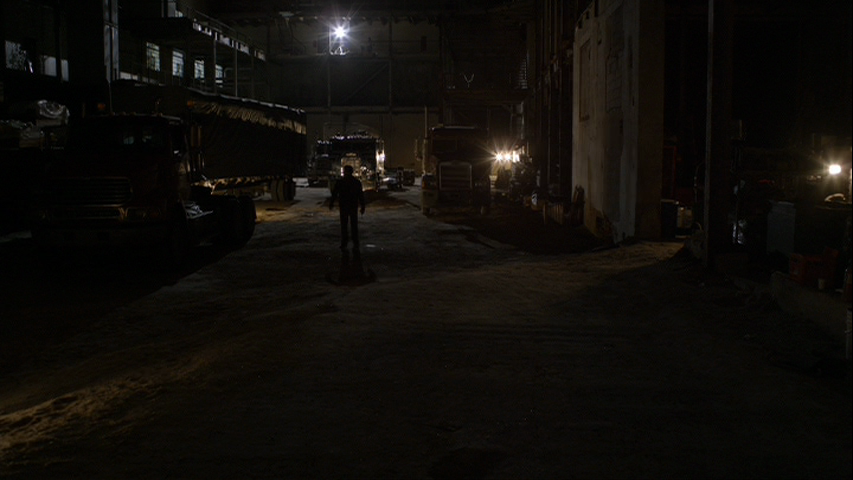 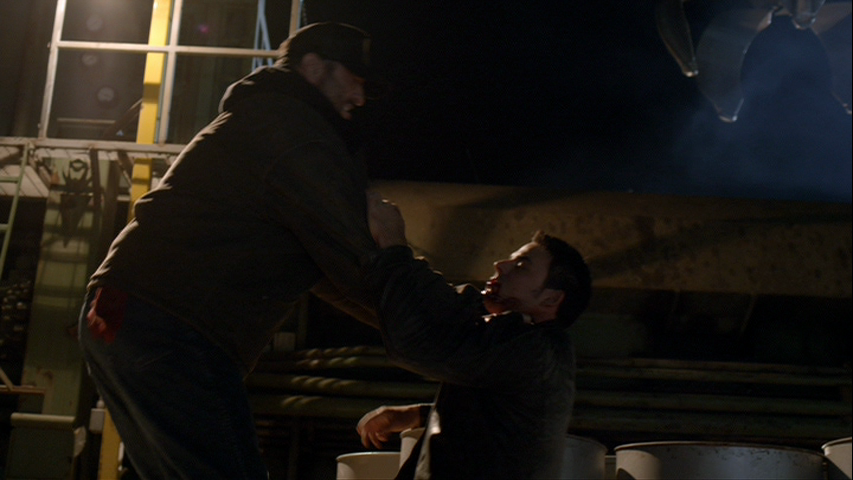 The Bottom Line
JOY RIDE 3 is an okay time waster that gore hounds will eat up. Rent before you buy.

JOY RIDE 3 is available HERE
Posted by Celluloid Terror (Seth Poulin) at 11:34 AM