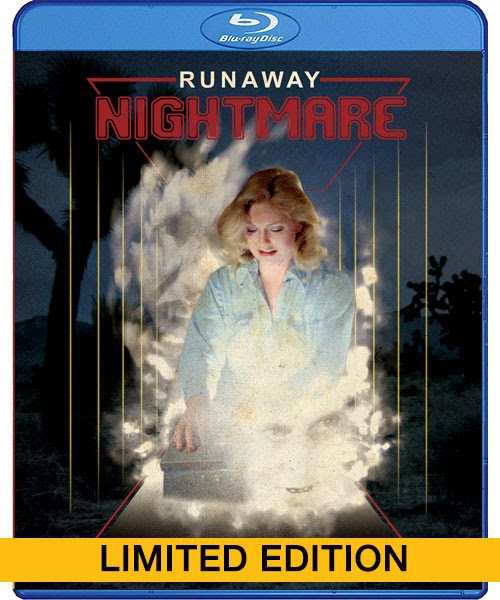 The Film
A pair of worm farmers get tangled up in a bizarre fight between a desert female cult and the mafia when they dig up a woman who was buried alive and bring her home to take care of her. The woman was part of the cult and was buried by the mafia. The female cult kidnaps the men, turns them into their sex slaves and then proceed to force them into their plan to steal a suitcase full of platinum from the mafia. The men have no choice but to comply since their lives are at stake... plus the whole sex slave thing isn't terrible. What ensues is a weird and wacky romp through the desert only to discover what the briefcase is actually filled with is an entirely different story than platinum. 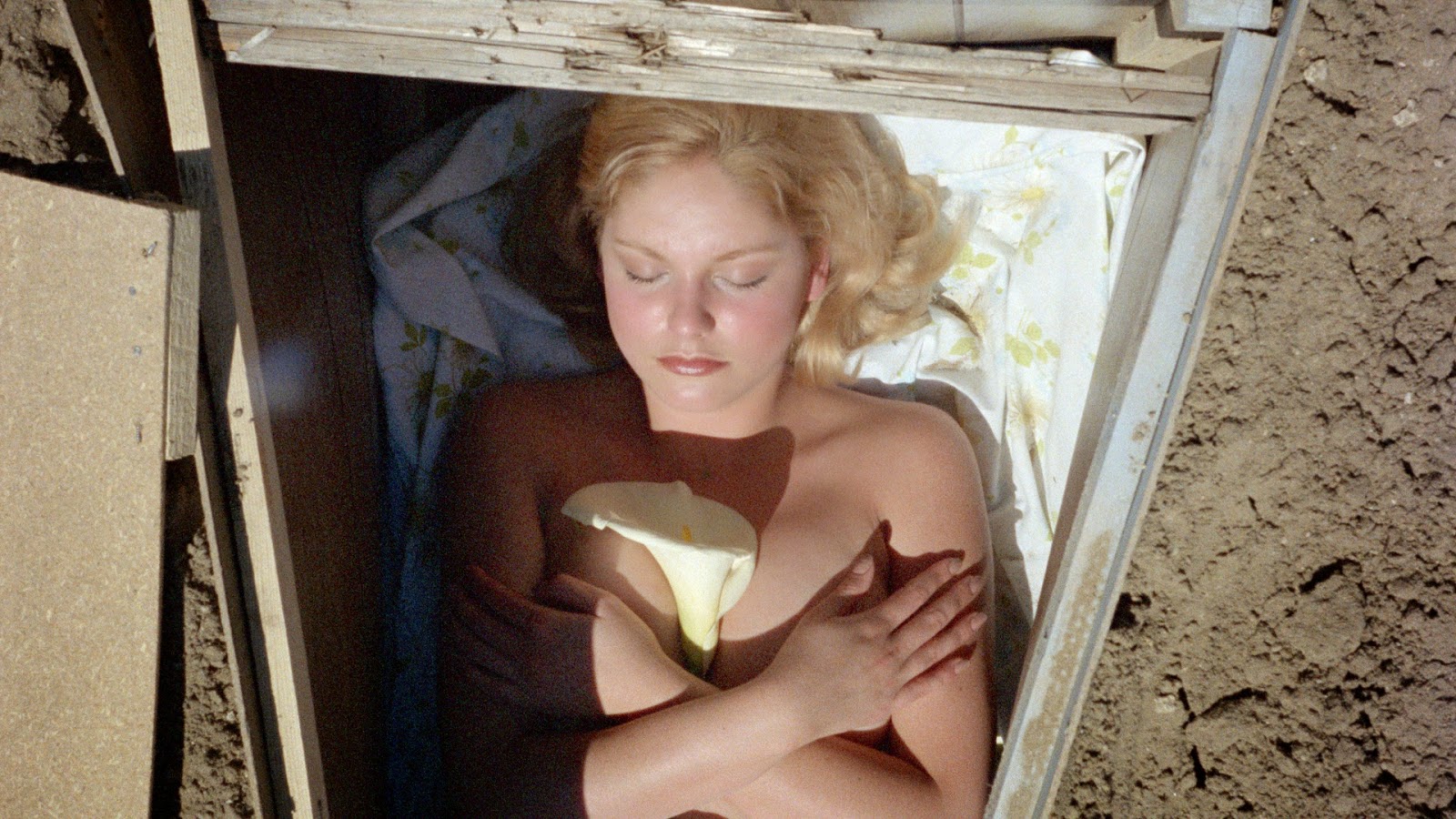 Who the hell could come up with this? RUNAWAY NIGHTMARE is so far out there it almost comes together perfectly as some weird mash up of zany black comedy, sexploitation crime film. The acting is hammy and fits the flow of the movie and the movie moves incredibly fast as you'll be surprised how often you find yourself watching this with mouth agape wondering just what in the blue hell is going on. Somehow it all makes sense, even if it takes a wink and a nod but it really shouldn't. RUNAWAY NIGHTMARE manages to pull off some ridiculous BS in the story and make it all work for an entertaining piece of trash.

The Audio & Video
Does Vinegar Syndrome do anything without love? The limited edition, numbered out of 1,000 pieces Blu-ray looks pretty damn great for the majority of the film. There's a few instances where the photography is a bit overly grainy and soft but for the most part it's very sharp and features vivid colors and natural, fleshy skin tones. Detail is strong and the film likely has never looked better. The audio is also very clear and crisp. There's minimal background noise and the mix is quite good. 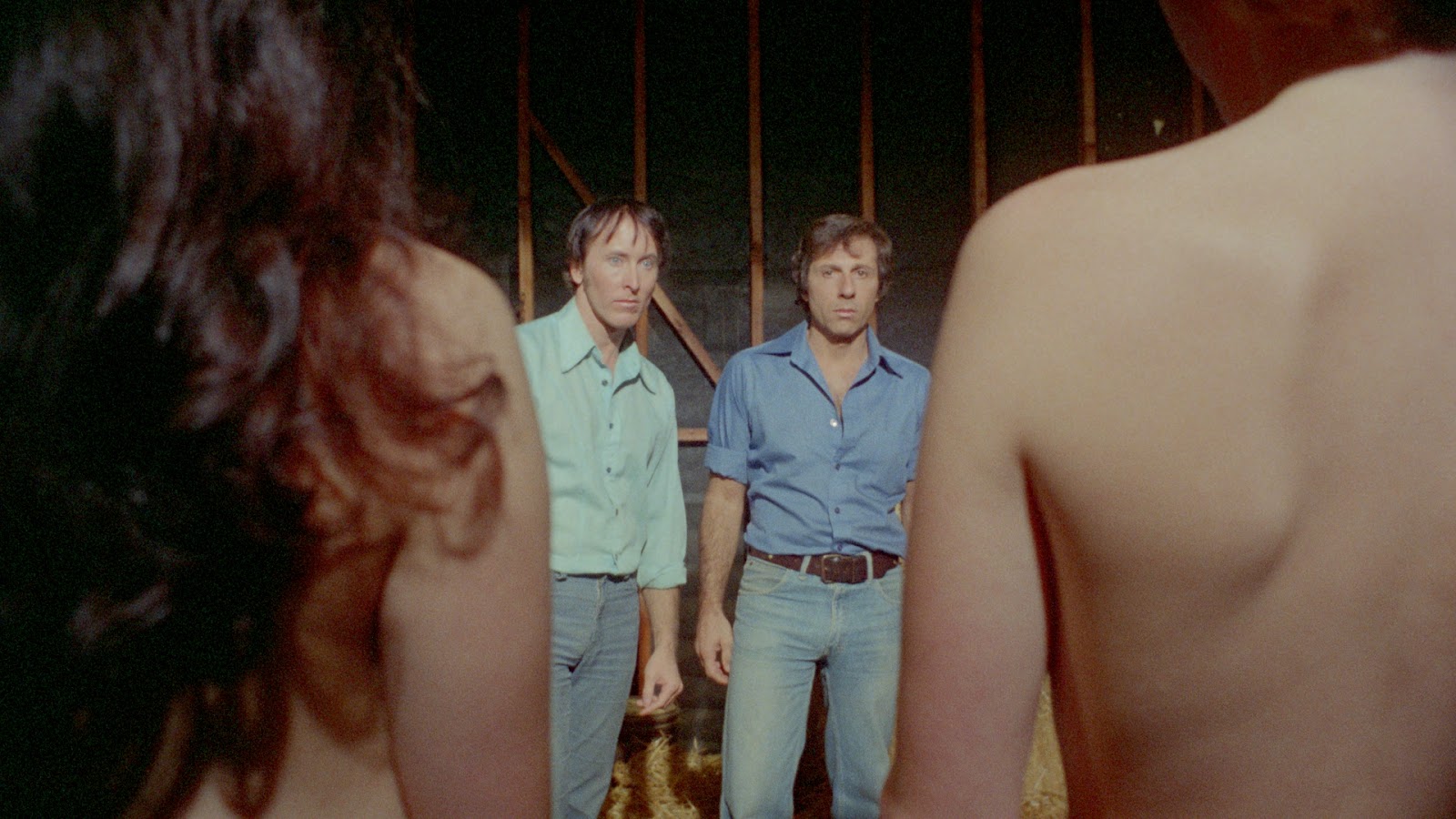 The Extras
-Audio commentary with the director
-Alternate scenes 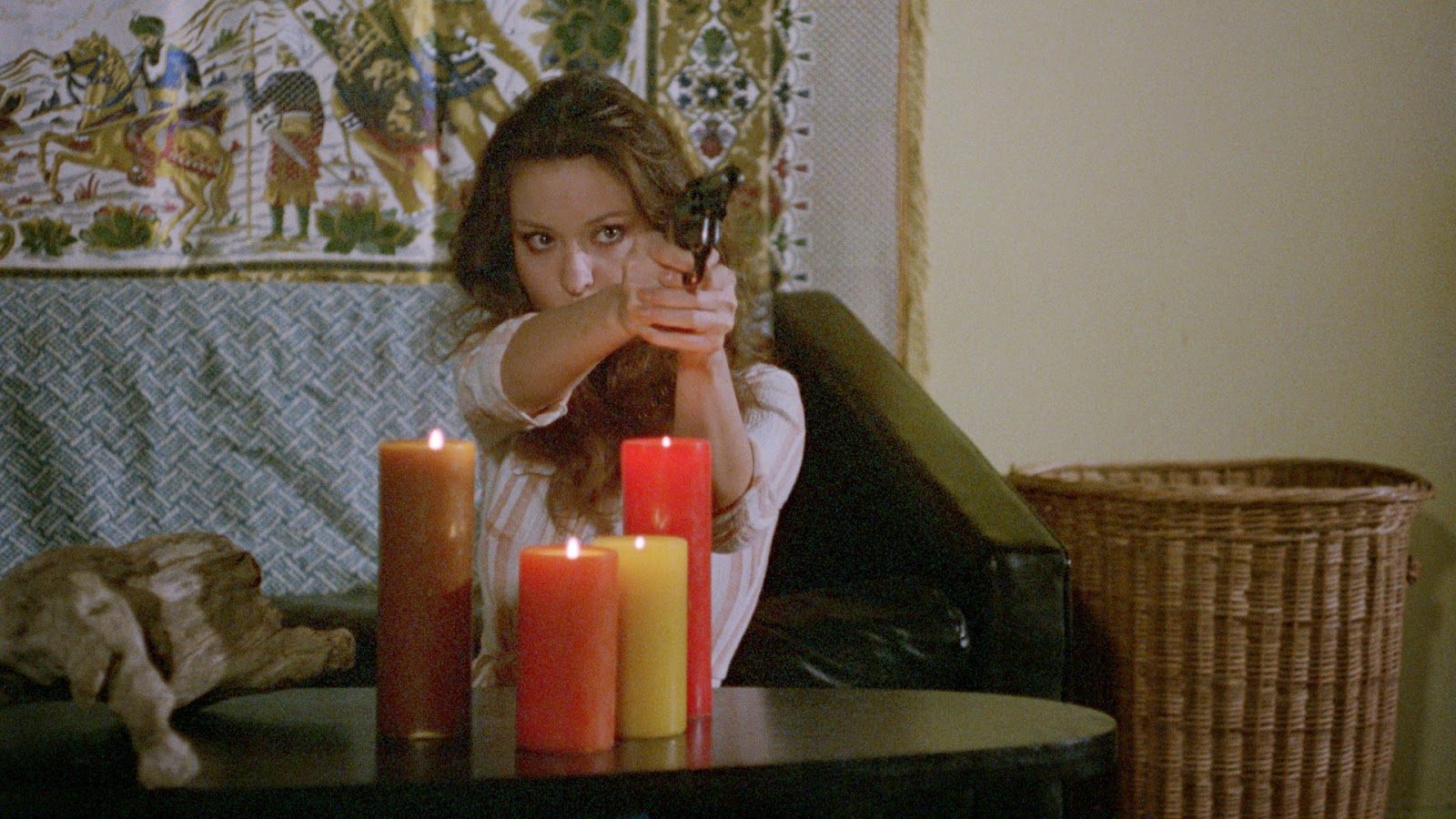 The Bottom Line
Fans of B-movies or wacky cinema will want to check out RUNAWAY NIGHTMARE and the best way to do so is to get in on the limited edition combo pack while you still can!