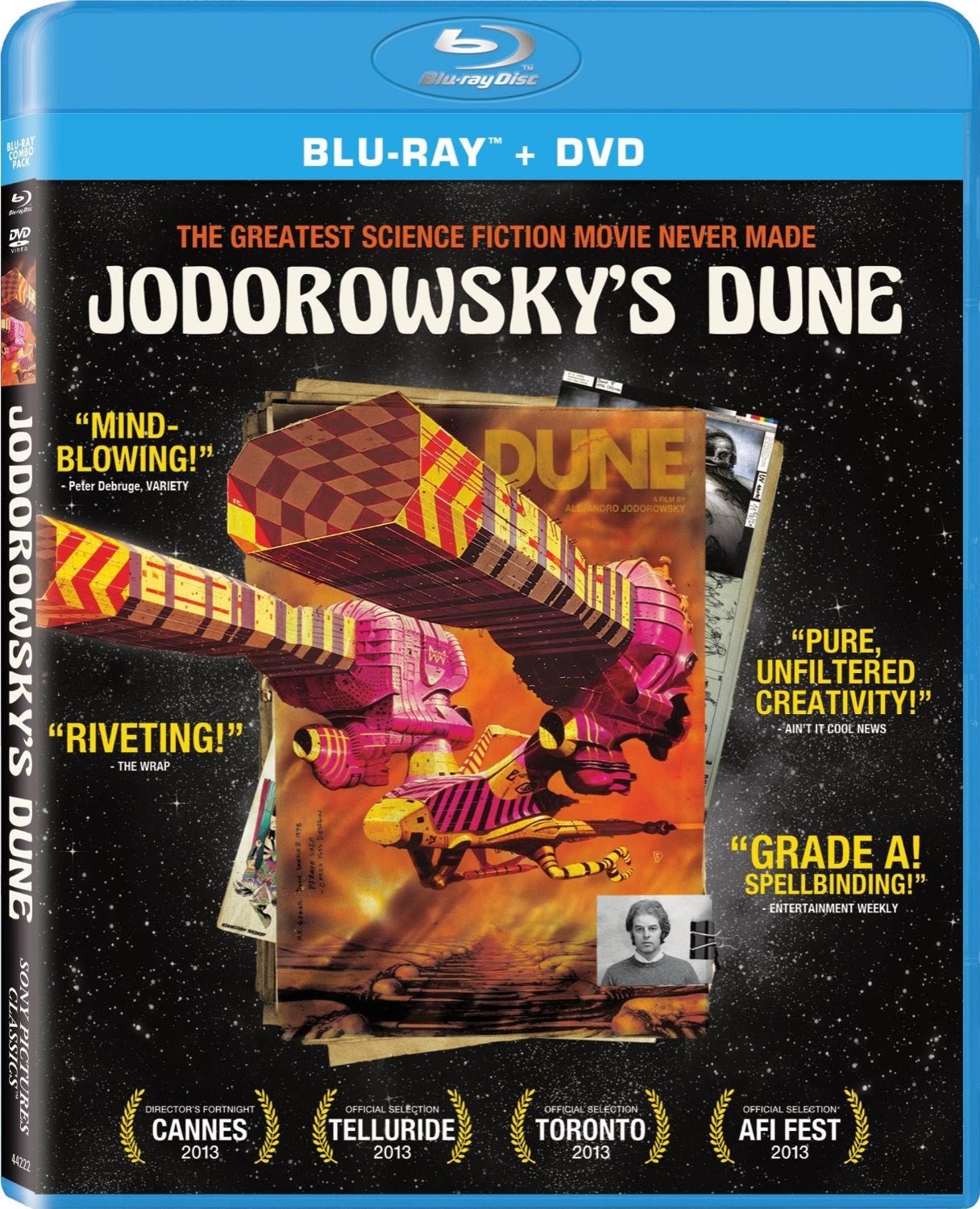 The Film
After becoming king of the midnight movie with films such as El Topo and the absolute masterpiece The Holy Mountain, Alejandro Jodorowsky set his sights to make a film that would change the world. He wanted to adapt Frank Herbert's novel Dune. Having never read the book Jodorowsky came up with his own interpretation of the story, gathered his "spiritual warriors" that would help create it with him including artists Moebius and H.R. Giger and special effects man Dan O'Bannon and they painstakingly created the film as it would be shot, angle for angle, shot for shot in hand drawn sequences. They would use this book of Dune to shop the film around to various Hollywood studios. The problem? This was the most ambitious project ever undertaken. Studios didn't get Jodorowsky, they didn't want to give him the fifteen million dollars to make the film and Jodorowsky refused to change anything about the film. Even saying if he wants it to be twelve hours then it will be twelve hours. 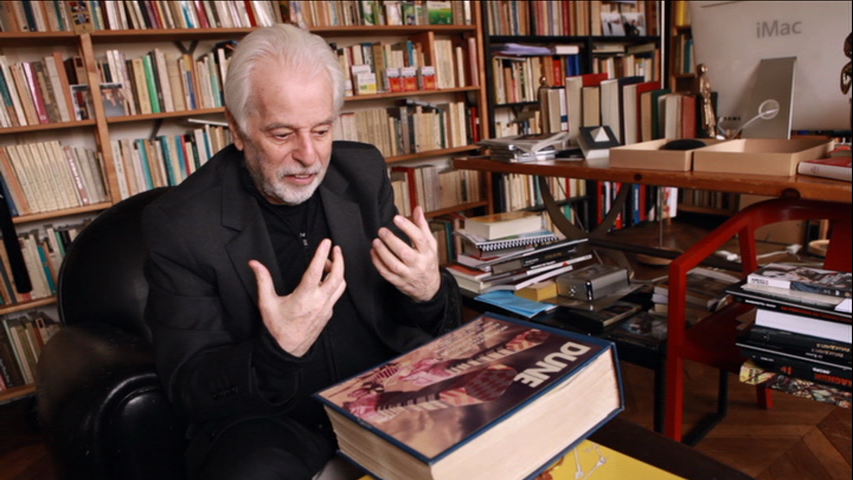 That was 1975, nearly forty years later and the film Dune was not directed by Jodorowsky, or made by his team of warriors. The equally talented David Lynch was hired for the project but nothing good came of it as the studios had their way and the film sucked. JODOROWSKY'S DUNE is a gripping documentary about this film that was never made but much like the film that was never made this documentary is much more. This is 90 minutes to sit down with some of the most talented artists around, especially Jodorowsky. Listening to Alejandro Jodorowsky talk is an experience in itself. He will enlighten you, motivate you and totally captivate you. From the passion that still burns within him for a project that didn't work out four decades ago, to the satisfaction he has taken in how his version of Dune has single handedly influenced Hollywood like no other film has, produced or not.

JODOROWSKY'S DUNE is entertaining, you will laugh and smile and you will wonder why nobody was willing to roll the dice on this picture that could have made them a fortune. Or totally bankrupted them. I see Hollywood rolling the dice on films of much less significance all the time yet nobody would let Jodorowsky's creation come to fruition. And that is what Jodorowsky did, create. He did not simply make a movie, he created it. And his Dune created a lot even if it was never made.

The Audio & Video
The Blu-ray of JODOROWSKY'S DUNE from Sony is gorgeous. The film was made in in 2012 and 2013 and looks excellent from the sit down interviews to the animated sequences using the drawings from Jodorowsky's Dune book. The image is very sharp and crisp with gorgeous colors. The English audio track (sometimes subtitled for various other languages being spoken) is a DTS-HD 5.1 track and sounds equally beautiful. There's no background noise or any audible annoyances and it is a perfect mix with perfectly timed subtitles. 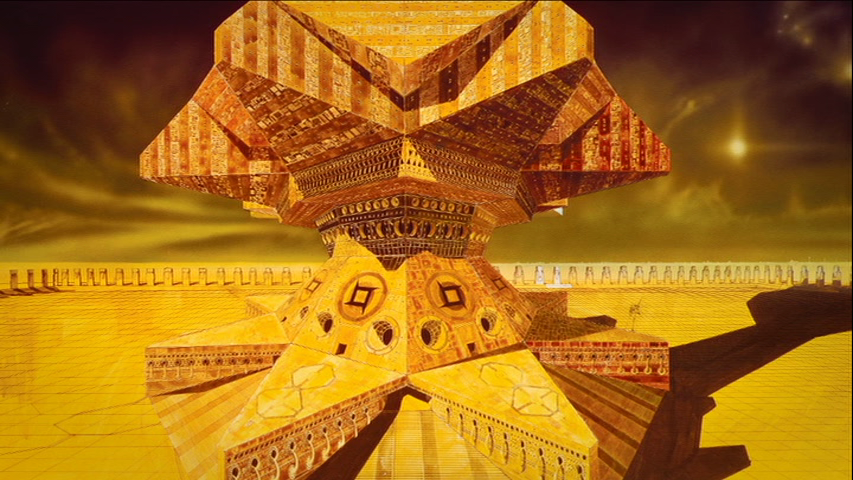 The Extras
45 minutes worth of deleted scenes are included 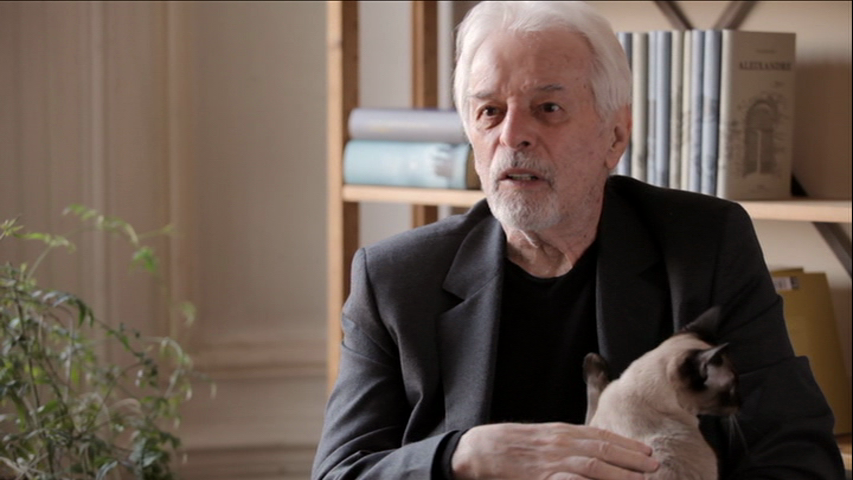 The Bottom Line
JODOROWSKY'S DUNE may not only be the best documentary about a film never made, it may be the most important documentary on any single film ever. There's so much to love and enjoy in this film that I cannot recommend it highly enough. This is a must watch.

Sad that the Blu-ray copies on Netflix don't include the Extra Deleted Scenes. Weird, it's not one of those discs that say "Rental" that usually exclude the extras.

That sucks because the deleted scenes are pretty great.