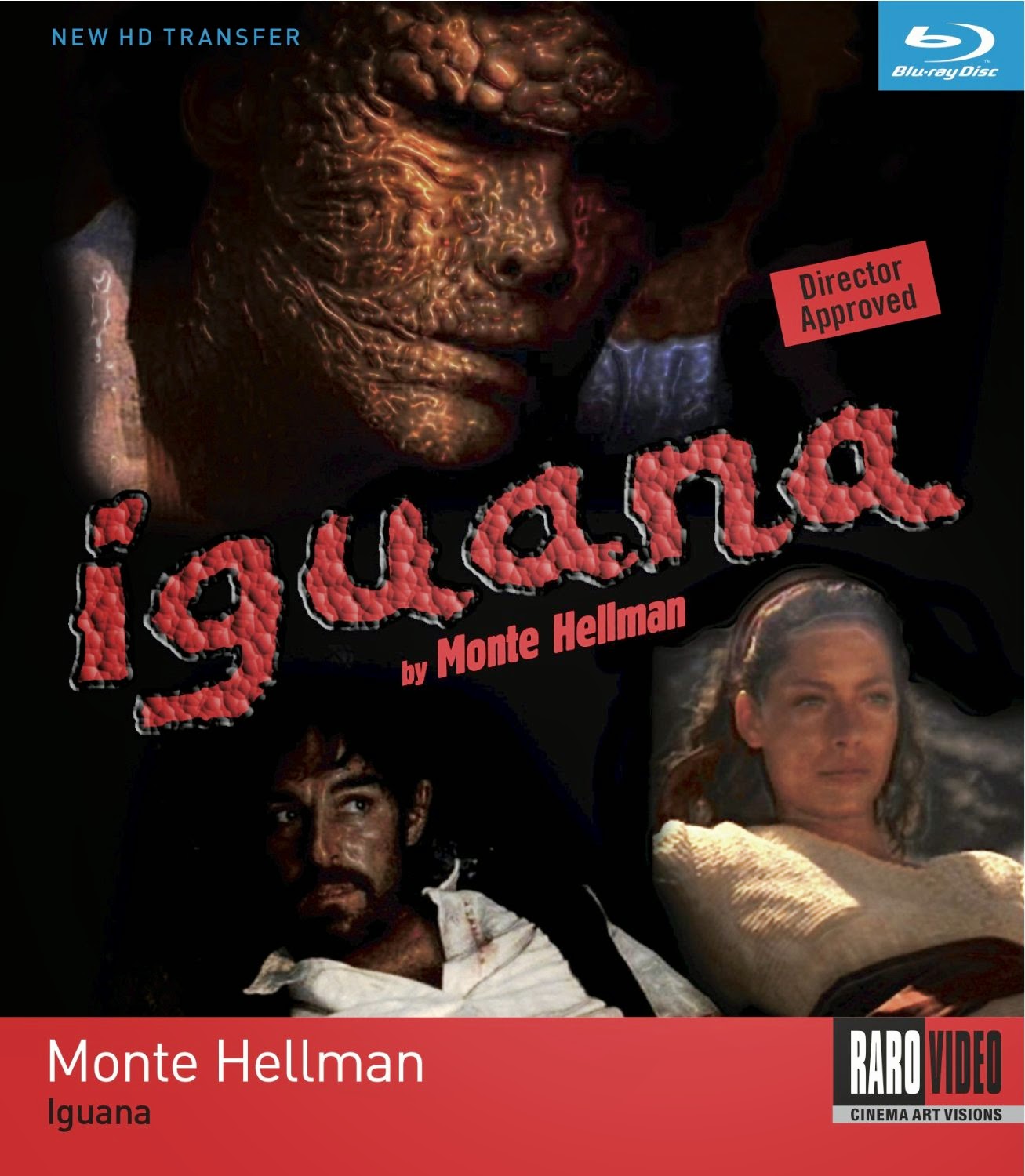 The Film
A sailor who is disfigured in the face with a condition that makes his face appear scaly and reptilian escapes the poor treatment he was receiving on his ship and makes his way to a deserted island where he declares himself king. He takes prisoner anyone that makes their way to his island and enslaves them.

IGUANA has a cast full of notable names all of them rising to at least mild stardom at some point during their careers. The cast is capable of handling this fairytale-ish story driven by metaphors in true Monte Hellman style. It takes an interesting look at a man vs nature vs man scenario as our titular character has to deal with his condition and the way he is treated because of it along with acting much like the men who tormented him on the ship when he enslaves other men on his island. IGUANA is not a perfect film by any means as the editing is a bit messy, especially early on as we jump from one story to another before finally finding proper footing but it does have a clearly defined message asking the viewer to take a good hard look in the mirror and deep into yourself.

The Audio & Video
Raro Video has done a rather good job on the Blu-ray transfer of IGUANA. Colors are strong and clarity is very good for the most part. There are some shots, mostly gazing out into the sea at various ships, that are on the softer side but they don't look bad. Skin tones and detail levels are healthy and strong in this 1.78:1 anamorphic widescreen presentation. The DTS HDMA 2.0 track sounds crisp and free of any distortions or annoyances. The levels are mixed nicely so you won't have to fiddle around with the remote because you lost dialogue in the mix.

The Bottom Line
Monte Hellman has created some truly beloved and weird movies and I think IGUANA will fall somewhere in between with viewers. There's no better way to see this film that was once lost altogether so go ahead and pick up this Blu-ray and check out something a little bit different.