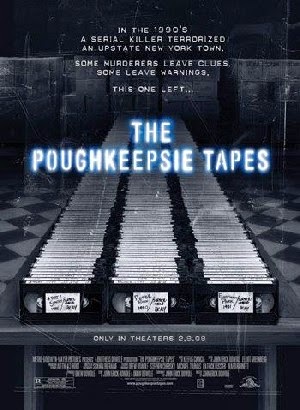 Getting back on track a bit on day 28 with three movies. The first of which is one that has been an anomaly of sorts since being made in 2007 and then pretty heavily promoted before being pulled from release and never getting any sort of theatrical run or home video release. Interest was recently revived as it had a short stay on VOD on a single cable provider but was again pulled. THE POUGHKEEPSIE TAPES is a faux documentary about a serial killer stalking and killing many victims across Pennsylvania, New York and Ohio. He made detailed videos of his crimes, fetishsizing each one. He was brutal and unpredictable having never been caught and still on the loose. The film has some disturbing moments, many of which are with the killer's slave who was under his control for almost a decade. Unfortunately some of the acting from the law enforcement characters is beyond hammy and totally unrealistic while the writing is messy as well with a couple people in the documentary simply disappearing from the film with no conclusion or resolution to their part. It's a bit too shock value for shock value's sake but I think the idea and attempt at it was a noble one. 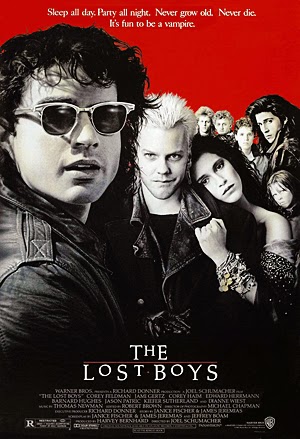 Afterwards I decided to go with something familiar and fun. THE LOST BOYS fit the bill perfectly and gave me exactly what I wanted. Some easy and entertaining while I was finishing some stuff on the computer. I don't think I need to go into depth with this one, it's a classic of the 80s with just enough camp, cool characters and a fantastic soundtrack. I've loved this movie ever since I saw it a friend's birthday party in 4th grade. 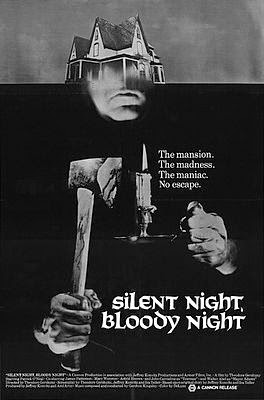 The day was wrapped up with a movie I've seen before but needed a refresher on - SILENT NIGHT, BLOODY NIGHT. This drive-in era slasher type film is pretty decent, and better than it probably has any right to be. An axe-wielding maniac terrorizes a mansion that used to be a mental hospital during the Christmas season. It isn't the tightest film in the world, but it gets the story across and the acting isn't too shabby led by John Carradine and Mary Woronov.