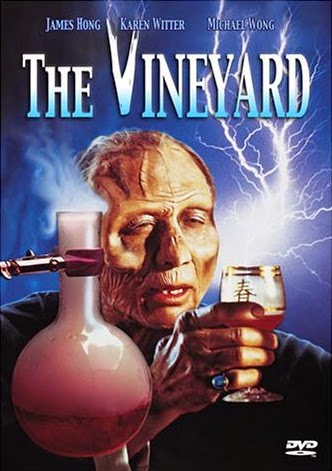 THE VINEYARD from 1989 is pure 80s cheese as an old Chinese doctor prolongs his life using ancient chinese magic and potions that involves murder and stealing the life essence from the living. There's lots of gore, some cool makeup fx, nudity and scene where a man decapitates someone and is extremely pleased with himself. It's pretty fun. 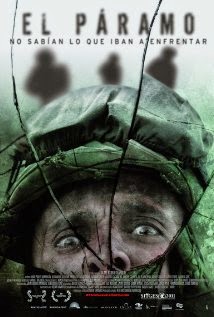 THE SQUAD on Blu-ray from Scream Factory was up next. I'm going to be giving that disc a full review so I won't go too in depth but I'll say that the acting was great, and there was some decent tension but it didn't quite come together. 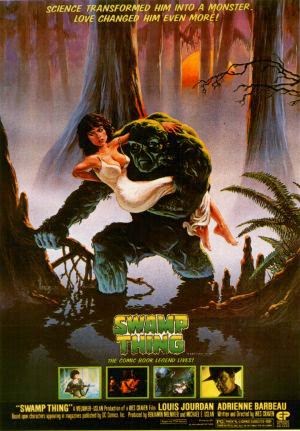 When i was really young I used to love the character of SWAMP THING. The movies, the comics, the toys. It was never to the point of Ghostbusters or Teenage Mutant Ninja Turtles but he was one of the earliest action figues I remember having. So having not seen the original movie by Wes Craven in who knows how long I figured it was time to revisit it as I had just picked up the Blu-ray. I was pleasantly surprised to see David Hess as one of the main baddies in the film, a role he filled perfectly many times during his career. Swamp Thing's look is kind of weak but it didn't hamper my enjoyment of the film which has plenty of 80s action and a giant swamp monster kicking ass... can you ask for more? 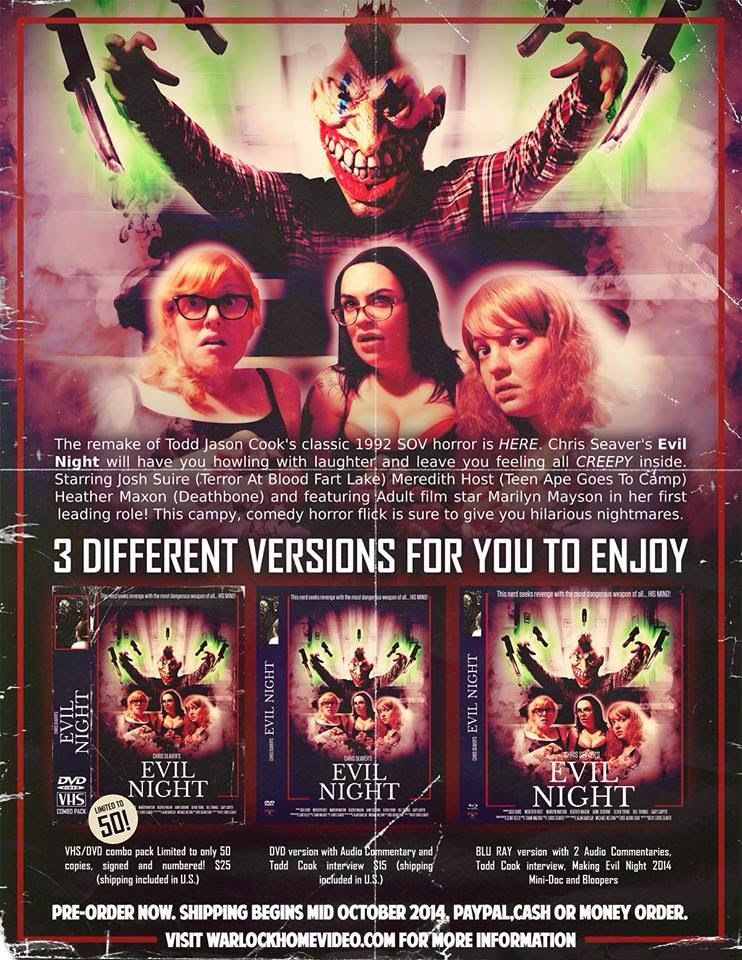 I ended the day with EVIL NIGHT, the remake of a 1992 shot on video horror film. I picked this up on Blu-ray at Monster Mania over the weekend as a buddy of mine worked on it and I had to support him and the director Chris Seaver. This is over the top, tongue-in-cheek, cornball cheese to the max. It's intentionally funny and hammy and works really well. It's surprisingly good in all of the technical aspects as well, especially the acting which can be rough in films with super low budgets such as this. EVIL NIGHT was a perfect way to relax and end the night.