So begins another month long binge of horror films. October is here and what better way to turn my brain to Jello than to attempt to view 100 horror films in a single month. It certainly beats watching bullshit the local or national news is spewing these days. If you followed me last year you may remember that I said that it would probably be my last year attempting the century mark because it left me feeling really burnt but I've been bitten by the bug and off we go. Here are the films I watched on October first, all of which were new to me. 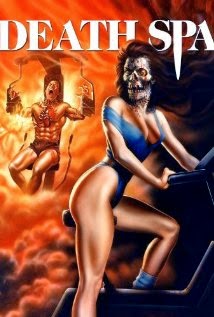 DEATH SPA is a piece of 80s gold. A man's former brother in law is possessed by his twin sisters spirit to destroy the health spa he owns. Steam rooms lock shut, chlorine vapor finds it's way through the ventilation system, shower tiles attack nude girls, so on and so forth. It's cheesy as hell and fun as fuck! Neon, gore, tits and ass and one of the best lines I've ever heard involving a meathead telling a girl off by comparing himself to Betamax while she was simply VHS. 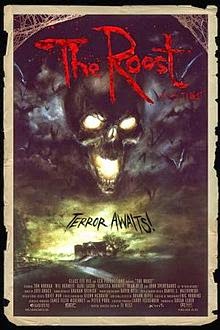 I can now officially hate Ti West. Though not having seen THE ROOST certainly wasn't stopping me before. Now that I've seen the entirety of his horror output I feel like I can really properly hate the overrated turd of a director. Interestingly enough I probably hated THE ROOST far less than I did with the absolute snoozefests that were House Of The Devil and The Innkeepers. At least something happens in this one as some people are terrorized by man eating vampire bats that turn their victims into what else but vampires. It wasn't good but like I said, at least I didn't sit through 90 minutes of people walking around which has become his calling card lately. 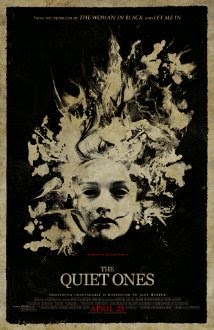 You put that Hammer productions card in front of a movie and chances are I'll want to see it. That was certainly the case with THE QUIET ONES, a new theatrically released Hammer production that hit theaters in the spring. It was okay. It was a pretty well made film, the acting was good but the story didn't captivate me and there was some excessive and weak CGI moments that could have been toned down. 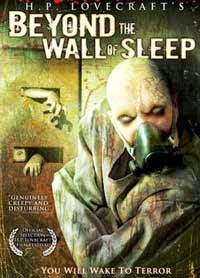 I knew what I was in for with this one but I still had to torture myself and sit through it. I've been interested in seeing it for years because of the ties to the HP Lovecraft story. BEYOND THE WALL OF SLEEP is fucking terrible. Bad acting and accents, cheap wigs, terrible effects and the whole thing looks like a music video. A bad music video. Shit is shit and this is of the purest variety. 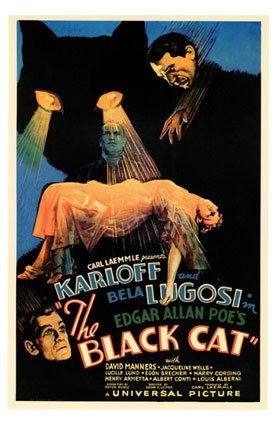 I found THE BLACK CAT on VHS for a few cents last week and having never seen it I certainly couldn't pass up this Karloff and Lugosi picture. It wasn't everything I had hoped it would be but it was pretty good. Karloff's presence on screen is like no other and Lugosi played a good protagonist waiting for the perfect chance to strike down his former friend for stealing his wife while he was a prisoner of war. Add in some Satanic rituals and some unsuspecting American tourists and it is fun for the whole family. 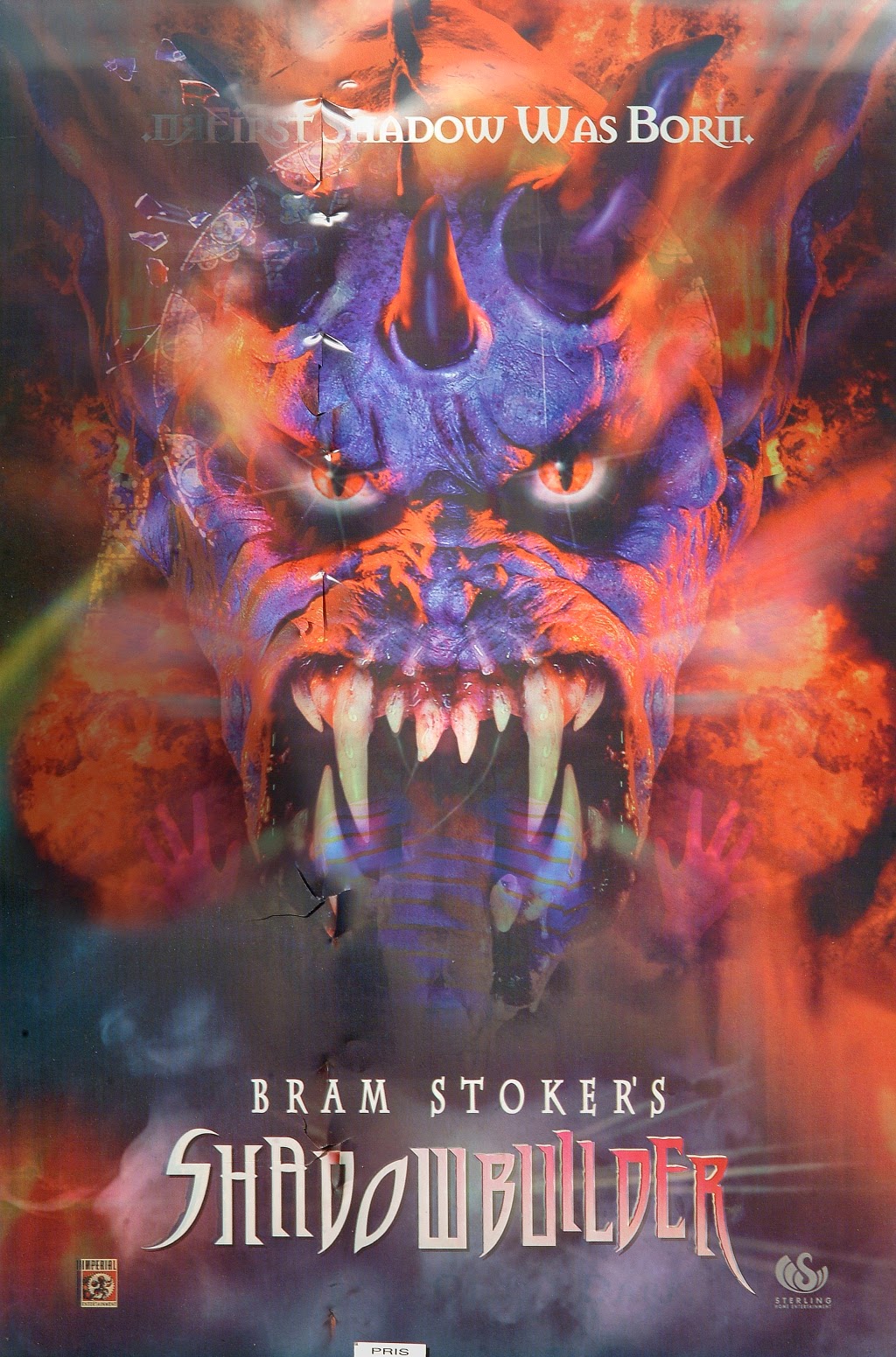 SHADOWBUILDER is pure 90s and it doesn't take more than a single look at the distinctly 90s CGI to see that. Death or a demon or Satan or some evil force is after a young boy to kill him as he was apparently born free from original sin and will be capable of becoming a Saint later in life. If the demon destroys the boy he can open a gateway to the shadow world and Hell will reign. The only problem for the monster is that at the moment light destroys it so the evil forces have to be careful and stay in the shadows. They also have to worry about a gunslinging priest played by Michael Rooker and the town nut job who just happens to love stealing lights and lamps from people played by Tony Todd. It was far more decent than I expected it to be. It was far from exceptional but overall was worth a viewing and I enjoyed it for the most part. 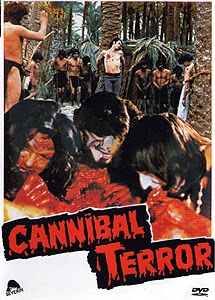 I love the Italian cannibal films. They're trashy, nasty and I think they're fun as hell. A film that remained pretty high on the list of films I had never seen and really wanted to was CANNIBAL TERROR. Well I wasn't missing much apparently. It is more of a crime film with limited cannibal action. I didn't hate it but I was hoping for more cannibal fun. 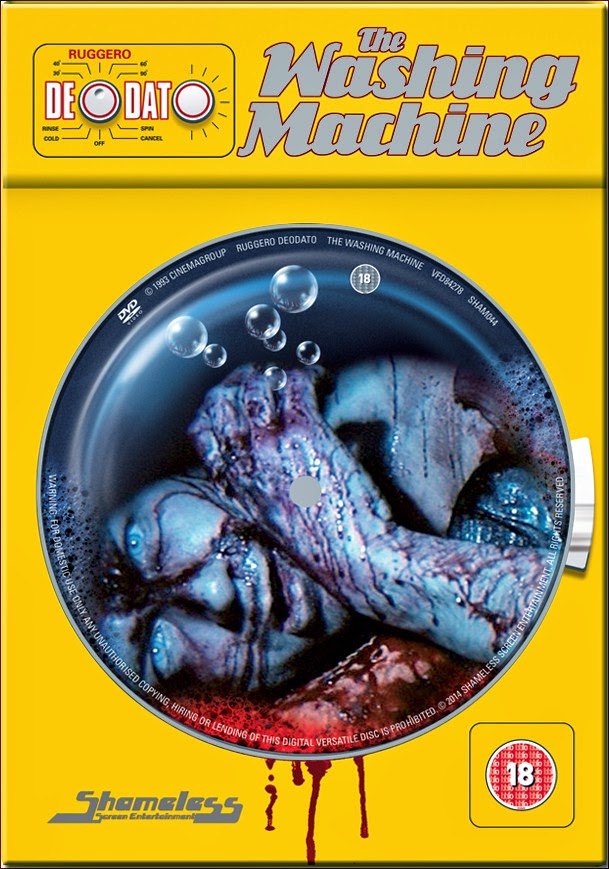 And finally was a movie I couldn't wait to see. How could I put off a movie with the title THE WASHING MACHINE any longer? A 1993 Giallo from Ruggero Deodato, who has a funny cameo as a pissed off neighbor, THE WASHING MACHINE features a trio of sisters totally destroying the stable mind of an investigator that was sent to their home after one of them called him in after seeing a corpse in their washing machine. They are now playing mind games with the inspector, blaming each other, creating new stories and endlessly stalking and seducing him until their plans are made clear. THE WASHING MACHINE is a far more solid film than I expected. It was completely engaging and the acting was way above what I expected. This is a Giallo that deserves more attention.