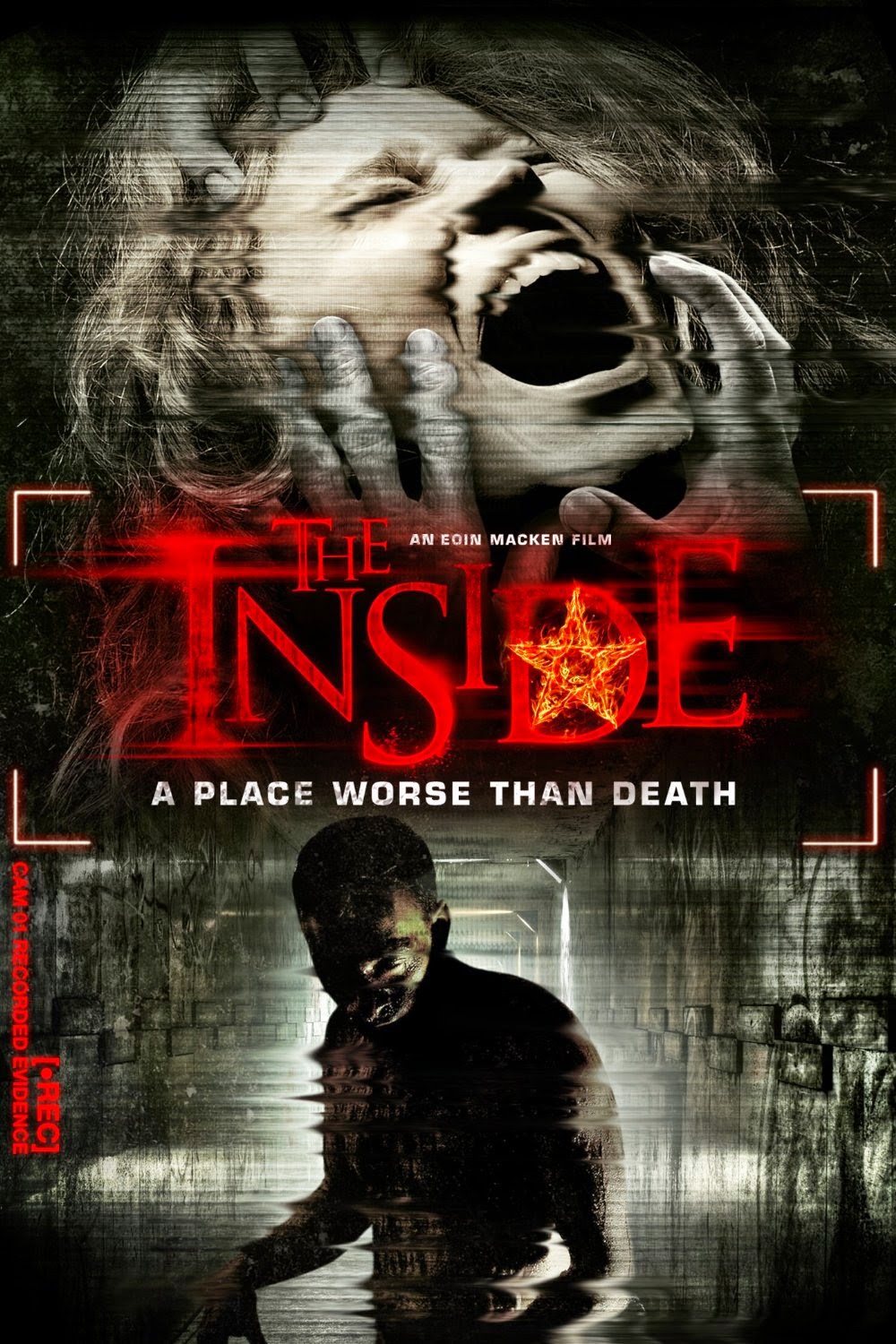 When a man buys a video camera from a pawn shop he plays the tape inside and finds that it contains footage of a group partying in an abandoned building of sorts until they're interrupted and brutalized by a few men who murder or rape most of the group. A couple of the girls escape into a subterranean tunnel system and desperately try to find a way out while being stalked by the killers. Using the night vision function on the camera to see one of the girls escapes and runs towards the populated area of the city dropping the camera in the process. Instead of calling the police about what he's seen on the camera the man decides to trace the steps to the spot where the crimes were committed in hopes of uncovering some clues. While there he finds another girl who has been victimized and tries his best to help her escape.

THE INSIDE is 93 minutes of grueling torture. While watching it I glanced at the counter on the DVD player and found that I was 66 minutes into the movie. It honestly felt I was on hour three. The film is poorly made, with lots of dialogue being lost in the shuffle of the found footage style. A good bit of the dialogue that is present is just shouts of "no no no no noooo no no" so it isn't like we're missing out on any Shakespearean monologues here.

The story just plain sucks. It makes no sense that the girl who escaped would drop the camera that proves her crimes and clearly shows the face of the attackers and it makes even less sense that the man who bought the camera would go investigate it on his own after seeing just how fucked up the criminals are instead of bringing the tape to the police when the tape clearly shows the fucking face of the killers. The end of the film while stupid, was a welcome reprieve from having to watch anymore. I don't think I could handle any more shaky handheld night vision or anymore cries of "noo no no no no nooo no noo". You can go ahead and skip this one.

THE INSIDE is available HERE
Posted by Celluloid Terror (Seth Poulin) at 1:40 PM