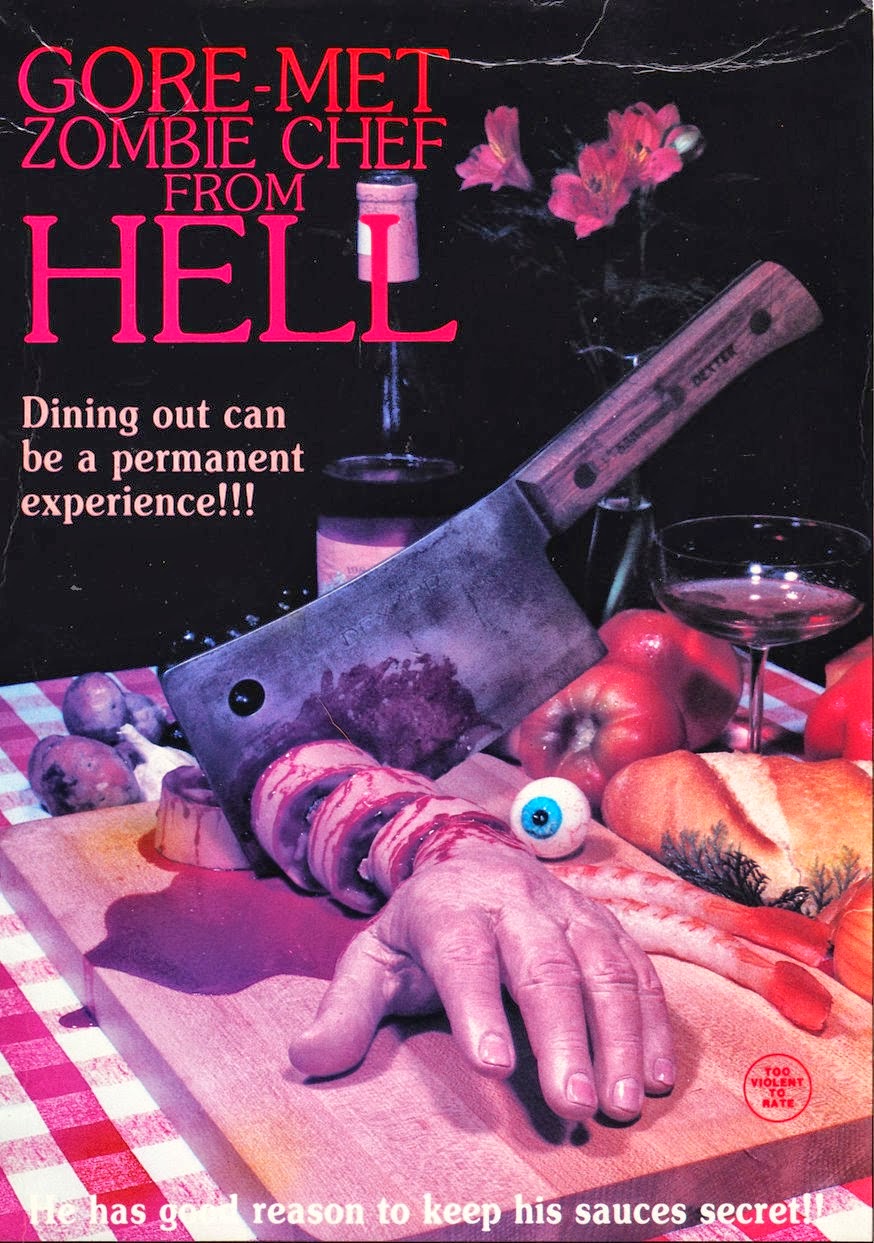 GOREMET: ZOMBIE CHEF FROM HELL was first and would pretty much sum up the day - shit. This is shot-on-video garbage from the early 80s. It's not at all entertaining or exciting or funny and has no redeeming qualities. Fuck this garbage. 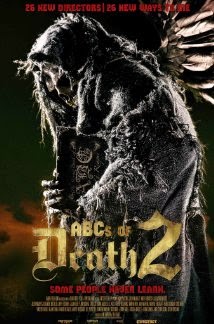 ABCs OF DEATH 2 was next as a few friends got together and we decided to rent it. Well, that was a mistake. Just like the first it is filled with a whole bunch of stupid, boring, or otherwise bad short films and 4-5 that are worth while. 5 short films out of 26 being worth a damn. That's under 20%. That's a failure anywhere. Letters M, S, W, Y, Z are your best bets. 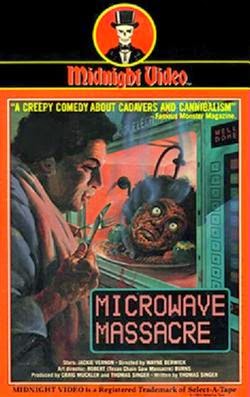 And then I decided I needed something short and easy to end the night so I put on MICROWAVE MASSACRE. Now, I know this movie is purely garbage. I've seen it before while drunk and found it to be entertaining, or so I thought. I'll say that I've always loved the VHS cover art for this movie, which is more 80s shot-on-video shit. Apparently the alcohol badly clouded my judgement on the night of the previous viewing (as alcohol tends to do) becuase this movie is terrible in every way. It's not at all entertaining or exciting or funny and has no redeeming qualities. Wait... does that sound familiar? Am I repeating myself here? Oh well, fuck day 9.