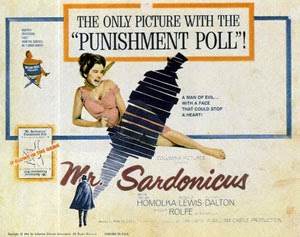 MR. SARDONICUS is a William Castle film I had never seen before but bought not too long ago on a double feature Blu-ray with Brotherhood Of Satan, a movie I'm not very fond of. I'm also not big on William Castle to be honest. I haven't found myself to be a fan of the majority of his films that I've seen and those that I didn't actively dislike I certainly wasn't crazy over. You may wonder why I bought that disc then, well to be honest it was under $3 before tax so I figured for that price I couldn't really lose. I get a film I've never seen before and a movie I'd be willing to give another chance. MR. SARDONICUS ended up being worth the price. This is a well acted gothic style film that is probably my favorite William Castle movie, contending only with The Tingler. It also has a fun gimmick thrown in involving the audience determining the fate of our antagonist. Castle was famous for gimmick marketing with his films and this one gave me a good chuckle. 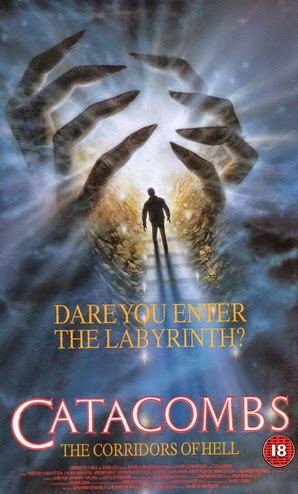 The next three films of the day were all from Empire Pictures, Charles Band's company before Full Moon. First up was CATACOMBS, a religiously themed horror film set within the walls of a monastery that houses an evil beast that is pure evil and can spit black acid. That sounds pretty awesome and it certainly had the potential to be but once we move passed the opening scene where we are introduced to the evil there's long periods of talking and very little action of any sort. The set pieces are pretty damn great but the build up that the opening scenes sets up for is never lived up to and the climax is a particular let down. It isn't a bad film but it could have so much more. 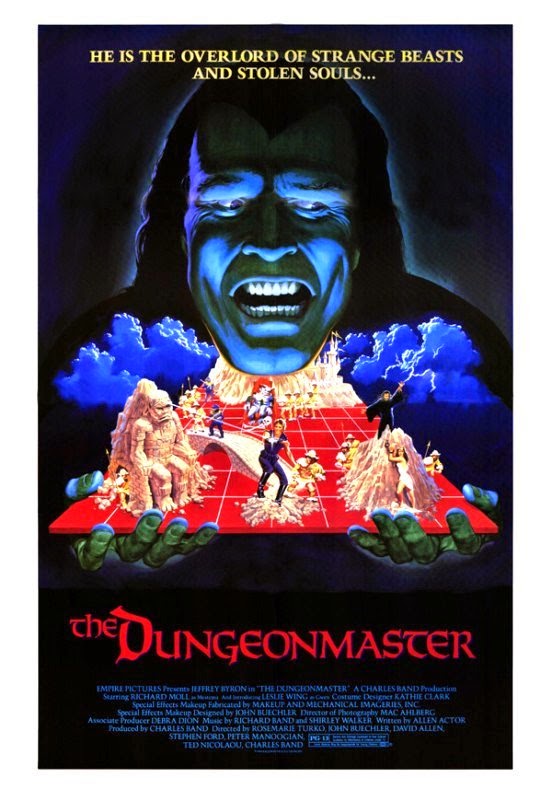 Then came THE DUNGEONMASTER, aka Ragewar - a ridiculous sci-fi/fantasy/adventure film that sort of plays out like a video game. The main character is put to multiple battles in various worlds and settings trying to save his girlfriend. This thing gets ridiculous and it is one I want to watch again soon because I think that I'll really appreciate it more then second time. I liked it but wasn't overly impressed by it and I'm sort of surprised at my own feelings towards it as I write this review. I fully expect my 2nd viewing of this to make me realize that this is a giant shiny golden brick of cheesy bullshit and I'll love it. 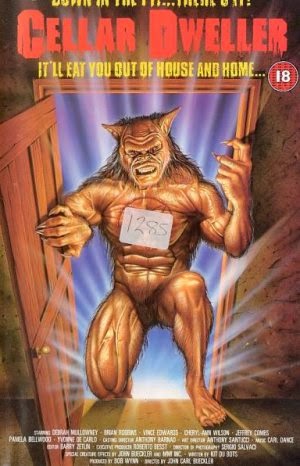 Finally there was CELLAR DWELLER. This was my favorite of the three Empire Pictures movies. It revolves around a comic book character that Jeffrey Combs illustrated and perished at the hands of when it came to life. Several years later an artist in training moves into Combs's old room to bring the comic back to life but she brings the monster back with her and everything she draws becomes reality. Unfortunately for the rest of the students at the institute she likes to put the people she knows into her work. I don't need to say it but this thing was cheesy as hell and the monster had a great design. The only thing is that this movie was lacking that big punch to push it over the top into something great. As it is CELLAR DWELLER is still pretty damn entertaining and pretty well done.