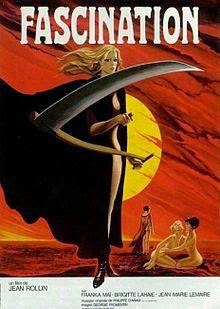 FASCINATION is widely considered on of if not Jean Rollin's finest film. Rollin is a tough pill to swallow for many horror lovers as he's big on skin, atmosphere, sex and surrealism and light on just about anything else. Personally I find Rollin to be a mixed bag with some of his films connecting with me and others missing. The majority of the time they're at least beautifully shot and interesting to look at. But then Rollin is responsible for Zombie Lake which is one of the biggest turds I've ever watched. FASCINATION was a very well done crime/horror film with a big emphasis on blood fetish acting as a vampire plot. There's some beautiful images and the story is straight forward and works. I wasn't in love with it but I did enjoy it quite a bit and I think it will grow with me on subsequen viewings. I think most importantly of all is that I really want to revisit Rollin's filmography now. 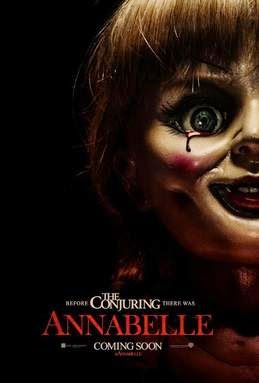 I caught an early showing of ANNABELLE at a local theater that has $6.50 tickets for any showing before noon. It's sort of a pre-matinee price. I figured if I was going to see this in theaters there wouldn't be a cheaper opportunity. I'm mad I wasted the $6.50. I'll just link my full review HERE and you can read why. 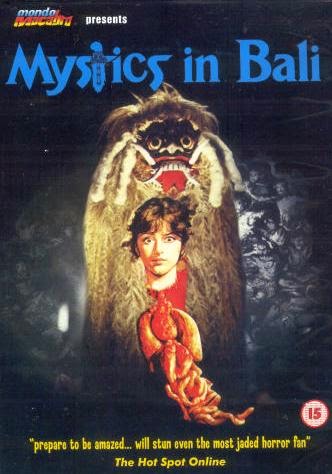 Next up was a DVD that's been sitting in my "to watch" pile for too long. I had seen quite a bit of footage from MYSTICS IN BALI including the trailer and random scenes. Enough that I knew I liked the movie before ever officially seeing it. The movie didn't disappoint. An American girl wants to learn the local black magic rituals to write a book but she falls victim to a powerful witch who uses her in her evil doing and haunting. What ensues is disembodied heads flying around stalking villages, battles of lightning powers, changing victims into various creatures like snakes and pigs (in what has to be the most ludicrous rubber suit I've ever seen... the sagging tits were hilarious!). It's 90 minutes of off the wall bat shit crazy nonsense and I pretty much loved it. 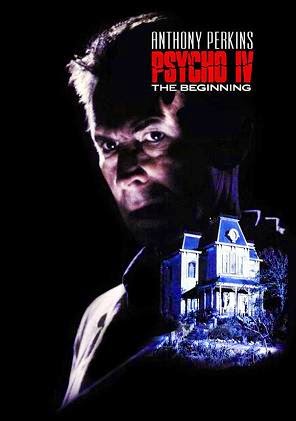 I had never seen a PSYCHO sequel prior to this year. Earlier in the year I saw parts 2 and 3 and enjoyed them both. The Hitchcock classic translated nicely into a franchise of horror films with a bit of cheese. For some reason I never thought part 4 could be any good but lo and behold it was surprisingly decent. Norman discusses his murderous past with a radio show host while describing his intentions to murder his wife for allowing herself to get pregnant. It offers a glimpse into the childhood of Norman Bates along with numerous murder sequences leading up to his encounter with his wife. Not amazing but a simple plot worked out for an entertaining sequel/prequel combo. 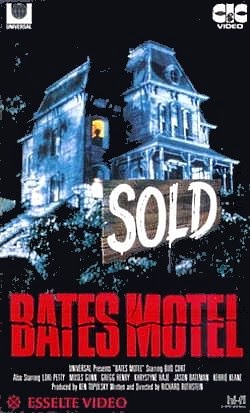 BATES MOTEL is a 1987 made-for-TV movie that takes place after the first film. Norman Bates has passed away in the looney bin and leaves the motel to his friend who has recently been released. Bud Cort stars and vows to fix up the place and turn it into a worthy destination despite the evils that may lurk within and some shady businessmen. A few entertaining moments don't carry the film that has awkward pacing, too much filler and too few scares.