After the 8 film marathon of day 1, day 2 was a far easier viewing day with 3 titles. 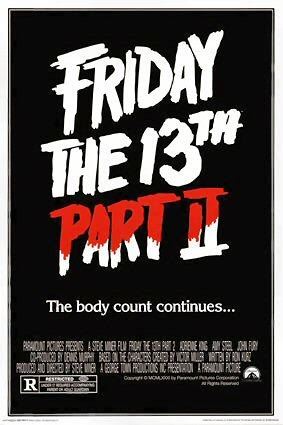 FRIDAY THE 13TH PART 2 was my first re-watch of the month. This is easily the best entry into the legendary franchise in more ways than one. It has the most likable characters, it has the best design for Jason, the best writing and some of the most memorable moments (even if a couple were lifted directly from Mario Bava's Bay of Blood - I still don't believe you Steve Miner!). The hockey mask is iconic but Jason was best with a sack on his head living in a shack in the woods worshiping his dead mother's head. 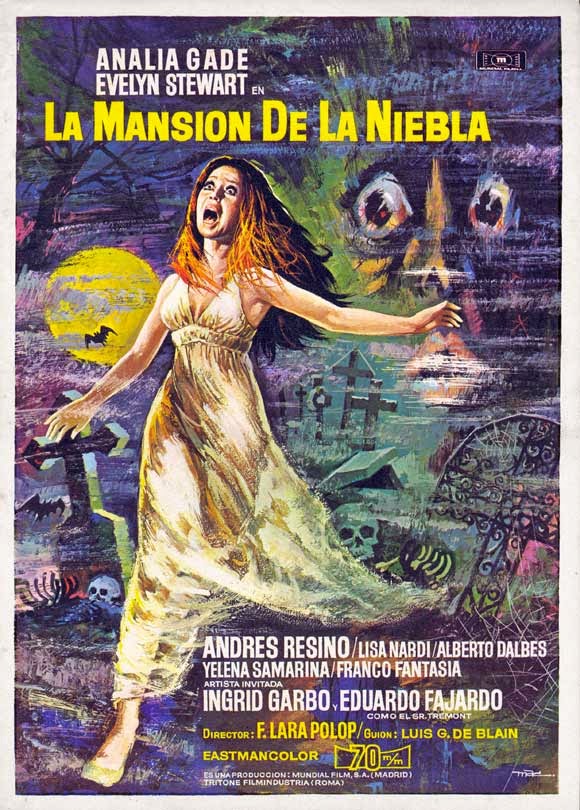 Then came a film I just picked up in time for the challenge - MURDER MANSION. This Italian horror film features a group of drivers who become stranded in a strange area when the fog becomes too thick to navigate. Ending up in a deserted old cemetery they eventually find their way to an old mansion where they find more drivers who have taken solace at the house for the evening. Shortly after arriving they realize that the people and things inside the house aren't exactly what they seem and that some forces of evil are at play. Vampires and witches make themselves known before a very giallo-esque twist and reveal takes place. I enjoyed MURDER MANSION as much as I could as the DVD I bought (the only release available) looks like shit. Easily from a beaten 4th or 5th generation VHS copy. Still, the mansion has a mood to it that is undeniable and some of the tricks and horror are great. There's also a good bit of nasty violence which make it all the more entertaining. 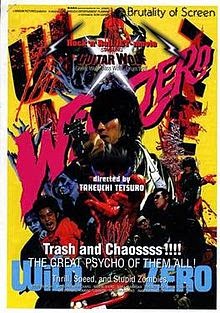 Finally I ended the day with what could easily be one of the 5 best new viewings of the month - WILD ZERO. This is a Japanese zombie comedy overflowing with punk rock attitude and music, ridiculous special effects, explosions, naked babes shooting zombies in the shower, aliens, and motorcycles. Oh and did I mention electrified guitar picks fucking up zombies? No, well I just did. If you want to turn your brain off for 90 minutes and just have a punk driven adrenaline ride filled with laughs, action and some love too you need to seek out WILD ZERO.

I love Wild Zero! If you get the DVD, there's a drinking game to go with it as a bonus feature.

I totally forgot to check out what the drinking game was all about! Next time I watch it I'll have to see what it is.