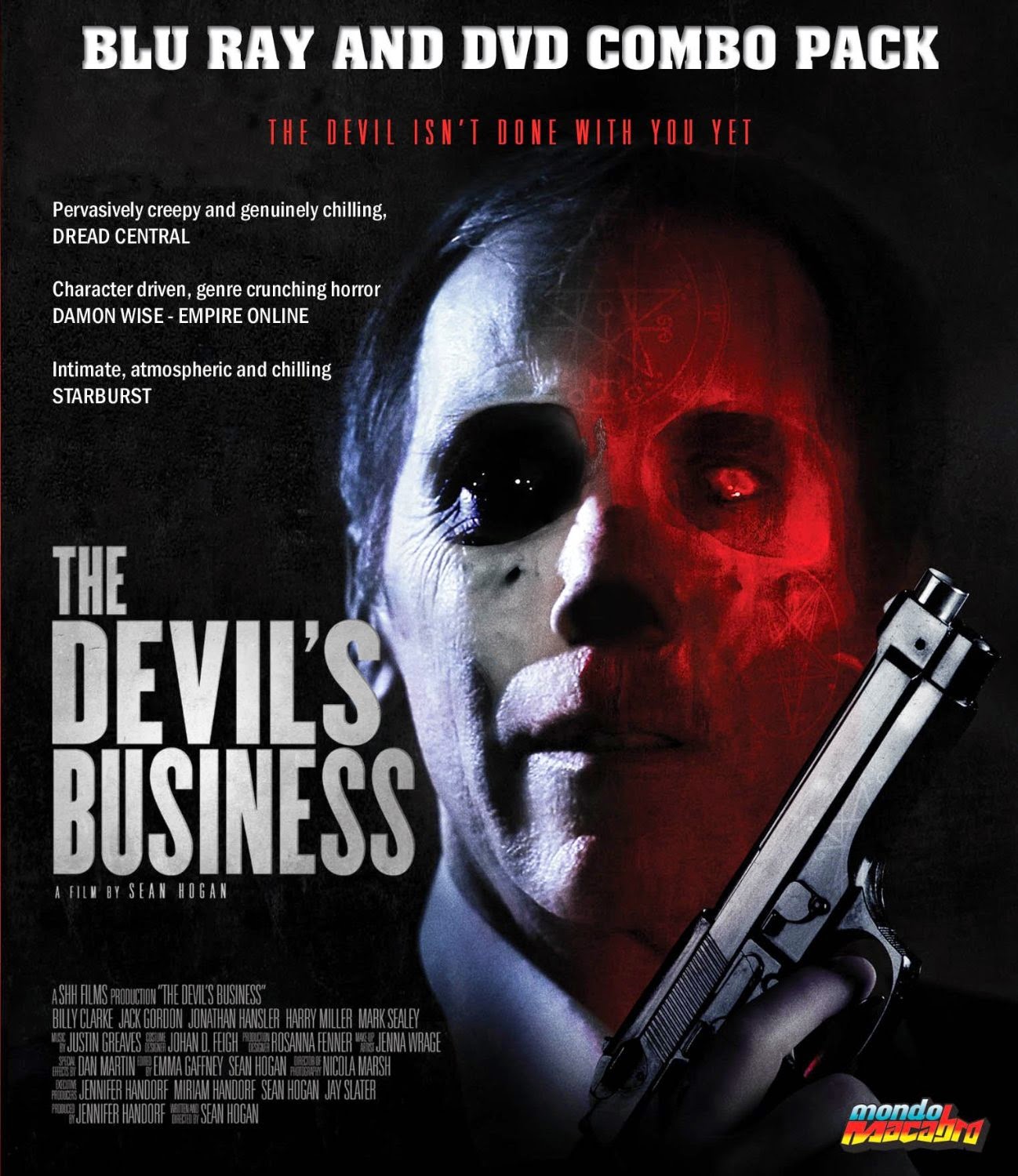 The Film
A pair of hitmen are sent on a job to recover a missing item for their boss and put a hit on the man who has it. As the duo sits in the house waiting for their potential victim to arrive home the elder hitman tells the rookie a story of his craziest outing. The story is interrupted by their target and the hit is thought to be successful until the body disappears. Thinking someone was watching them and moved the corpse the duo frantically searches the property as a witness could land them in heaps of trouble. They find a murdered baby and evidence of devil worship in the garage which quickly turns into the hit taking an even worse and more supernatural turn.

THE DEVIL'S BUSINESS is a tense horror thriller by English filmmaker Sean Hogan. I had no knowledge of this film going in and was pleasantly surprised by how damn solid it is in every way. The direction is tight and wastes little effort while the performances from the small but capable cast carries the script to complete success. It is fairly common for indie productions to have a weak spot in the acting but that is not the case here.

The film has a quick pace despite being heavy in dialogue and character interaction and relatively light in action. That isn't to say there is nothing goin on, because there is some disturbing content and an eery feeling throughout. THE DEVIL'S BUSINESS isn't perfect but it is well made and perhaps most importantly it doesn't overstay its welcome by dragging things out with scenes that would be better suited for the cutting room floor. THE DEVIL'S BUSINESS is to-the-point and succeeds because of it.

The Audio & Video
Mondo Macabro's second Blu-ray release is damn near perfect. The anamorphic widescreen 1.78:1 transfer is gorgeous. Colors have a vivid realism to them without looking artificially pumped up, skin tones show great detail level as do textures and surfaces. Black levels are deep and inky with no blocking or crush. There's no noticeable edge enhancement or DNR. The Dolby Digital 5.1 English audio track sounds great with an excellent mix job between dialogue and the score. The audio is crisp and clear letting small details shine through.

The Bottom Line
There's should be nothing stopping you from buying this release. Thisrock solid horror thriller with a fantastic A/V presentation and a stacked lineup of extras shows Mondo Macabro's attention to detail and maybe they're just showing off a little bit but you won't see me complaining! Go get it.

I want to see this, great write up